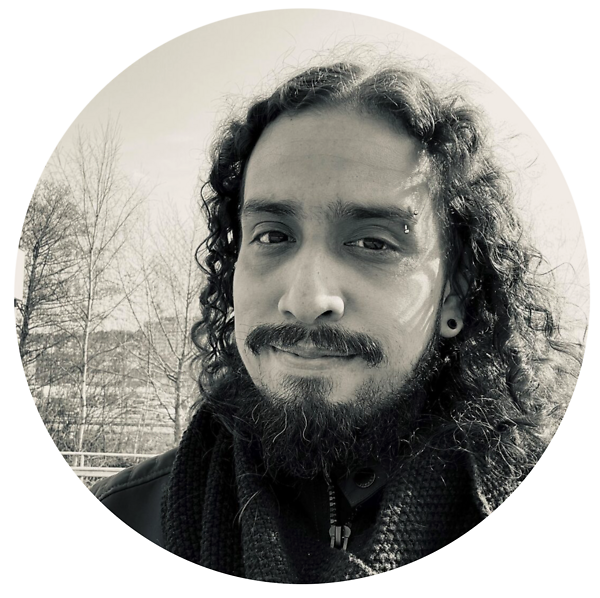 Bosonic codes which exploit the infinite dimension of the Hilbert space of a harmonic oscillator have emerged as an alternative to conventional error correcting codes using multiple two-level systems. By engineering the coupling of a harmonic oscillator to the environment, it is possible to obtain an effective non-unitary dynamics which confines the state of this system to a finite-dimensional (quasi-) degenerate subspace representing the logical code space. In this way quantum information can be protected from errors without the need of measurement-based feedback. An example of this is a two-photon driven dissipative harmonic oscillator with its state confined to the manifold spanned by even and odd-parity two-component cat states. The latter is an example of a noise-biased qubit. Noise-biased qubits are a promising route toward significantly reducing the hardware overhead associated with quantum error correction. The squeezed cat code, a non-local encoding in phase space based on squeezed coherent states, is an example of a noise-biased (bosonic) qubit with exponential error bias. Here we propose and analyze the error correction performance of a dissipatively stabilized squeezed cat qubit. We find that for moderate squeezing the bit-flip error rate gets significantly reduced in comparison with the ordinary cat qubit while leaving the phase flip rate unchanged. Additionally, we find that the squeezing enables faster and higher-fidelity gates.

I am a theoretical physicist working in the field of microwave quantum optics (superconducting circuits technologies) with focus on continuous-variable quantum information. I like to study novel phenomena both analytically and numerically but also, to model experiments in which these phenomena can be explored. My work involves the generation of nonclassical states of light [1,2], gate-based quantum computation [3] and more recently quantum error correction and quantum process tomography.