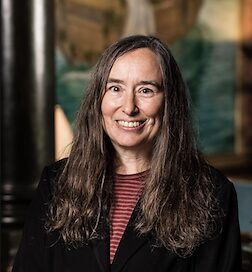 Abstract:
The steady increase in computational power of information processors over the past half-century has led to smart phones and the internet, changing commerce and our social lives.  Up to now, the primary way that computational power has increased is that the electronic components have been made smaller and smaller, but within the next decade feature sizes are expected to reach the fundamental limits imposed by the size of atoms.  However, it is possible that further huge increases in computational power could be achieved by building quantum computers, which exploit in new ways of the laws of quantum mechanics that govern the physical world.  This talk will discuss the challenges involved in building a large-scale quantum computer as well as progress that we have made in developing a quantum computer using silicon quantum dots.  Prospects for further development will also be discussed.
Host: Jonathan Miller, Professor, Physics and Biology Unit
Prof. Coppersmith will be visiting OIST from February 3rd to February 7th.  If you would like to meet with Prof. Coppersmith during her OIST visit, please contact Midori Tanahara <midori.tanahara [at] oist.jp>.
All-OIST Category:
Seminar