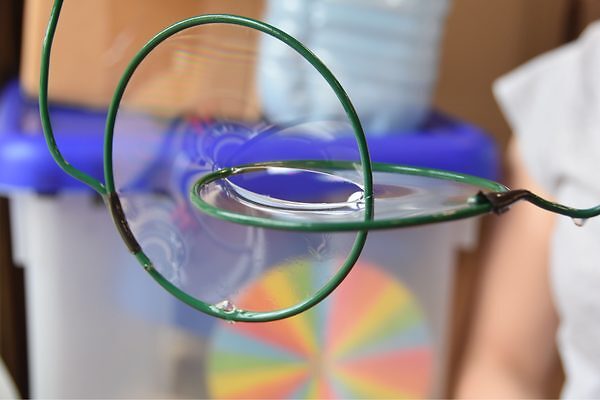 The Topology and Geometry Seminar aims to introduce current mathematical research topics starting from the very basics. Anyone interested in mathematics is welcome to attend.

Abstract: The Kirchhoff–Plateau problem concerns the equilibrium shapes of a system in which a flexible filament in the form of a closed loop is spanned by a liquid film, with the filament being modeled as a Kirchhoff rod and the action of the spanning surface being solely due to surface tension. We establish the existence of an equilibrium shape that minimizes the total energy of the system under the physical constraint of non-interpenetration of matter, but allowing for points on the surface of the bounding loop to come into contact. In our treatment, the bounding loop retains a finite cross-sectional thickness and a nonvanishing volume, while the liquid film is represented by a set with finite two-dimensional Hausdorff measure. Moreover, the region where the liquid film touches the surface of the bounding loop is not prescribed a priori. Our mathematical results substantiate the physical relevance of the chosen model. Indeed, no matter how strong is the competition between surface tension and the elastic response of the filament, the system is always able to adjust to achieve a configuration that complies with the physical constraints encountered in experiments. This result has been published in collaboration with Eliot Fried and Giulio Giusteri (J. Nonlinear Sci. 27 (2017), no. 3, 1043-1063). We are also able to generalize the situation to a system consisting by several rods linked in an arbitrary way and tied by a soap film: this is a joint work with Giulia Bevilacqua and Alfredo Marzocchi (preprint 2017).