The theme of the 2010 Summer School was the phenomenon of strong (or extreme) sequence conservation, which was explored from a quantitative and multidisciplinary perspective, and connections forged with parts of biology outside of genomics.

Sequence conservation forms the basis of comparative genomics, has already played a pivotal role in biology and medicine, and is likely to become increasingly important in the eras of abundant sequence data and the personalized genome. Ultra-conservation has led to a broad appreciation of the need for a reevaluation of how the action of selection is inferred from sequence comparison. It has raised basic questions about the character of "neutral drift," calling for new quantitative developments that may be facilitated by the cultures of mathematics, physics, computer science, and engineering; however, this pursuit - and the interpretation of genome sequence in general - ought to be firmly grounded in its biological context.

With a multitude of whole-genome sequences now publicly available, ultra-conservation is trivial to exhibit, but so far difficult to explain. Therefore it represented an ideal topic for a combined Summer School and Workshop, where the phenomenon could be appreciated by participants of diverse backgrounds, who could then bring their own perspectives to bear on the problem.

The format of the summer school consisted of a three-hour presentation in the morning, with coffee breaks, followed by an hour or two of discussion in the afternoon. 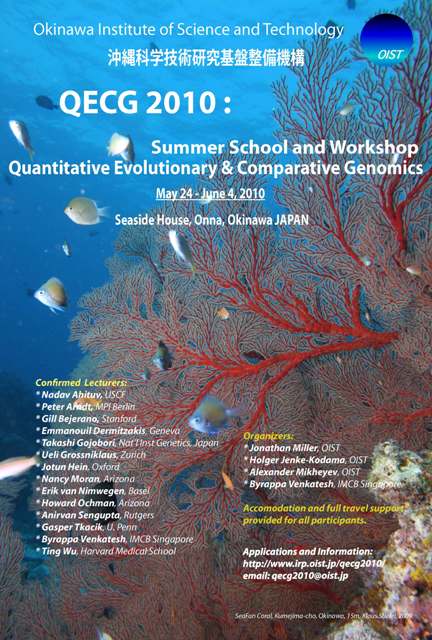