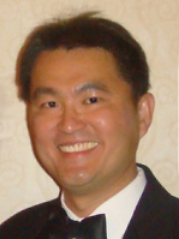 Molecular trafficking within cells, tissues, and engineered multicellular models is critical to the understanding of the development and treatment of various diseases including cancer. However, current tracking methods are either confined to two dimensions or limited to an interrogation depth of ~15 µm. Prof. Yeh’s group has developed a new 3D tracking method capable of quantifying rapid molecular transport dynamics in highly scattering environments at depths up to 200 µm. The temporal resolution can be down to 50 μs under a high signal-to-noise condition, and the spatial localization precision can be as good as 35 nm. We have coined this technique TSUNAMI (Tracking Single particles Using Nonlinear And Multiplexed Illumination; Nature Communications 2015 and Cancer Cell 2018).

Dr. Yeh obtained his BS degree from National Taiwan University, MS degree from University of California, Los Angeles, and PhD degree from Johns Hopkins University. He worked at Optical Micro Machines Inc. in San Diego from 98-03 as an R&D engineer, developing MEMS-based photonic switches for telecommunications. At Johns Hopkins, his research focused on single-molecule spectroscopy, BioMEMS and nanobiosensors. Dr. Yeh received his postdoctoral training at Los Alamos National Laboratory from 09-12, in the Center for Integrated Nanotechnologies. While at LANL, he won a 2011 R&D 100 Award and a 2013 Postdoctoral Publication Prize in Experimental Sciences. Dr. Yeh is now an associate professor in the Biomedical Engineering Department at the University of Texas at Austin. His research interests include 3D molecular tracking, nanobiosensor, and biomarker development.