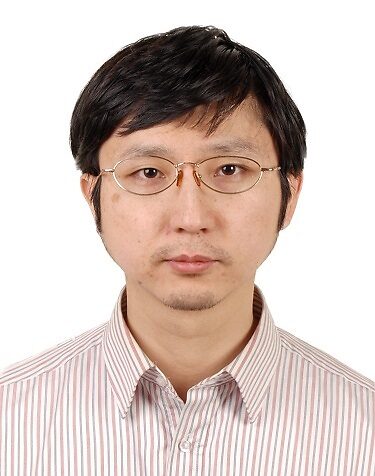 Abstract: Evolution has provided us a smorgasbord of organisms in the animal kingdom capable of a vast array of amazing behaviors. While this diversity in behavior has long fascinated classical ethologists, we are currently seeing a renaissance in behavioral research driven by new, quantitative methods for probing the actions of individual animals. Combined with recent advances in neuroscience, particularly optogenetic methods for probing and controlling neural activity, we are poised to make considerable progress in the field of animal behavior in the next decade. I will present work my collaborators and I are involved in to understand how neural dynamics control the entire behavioral repertoire of the nematode worm C. elegans and the fruit fly D.

Invisibility has been a fantasy for many centuries in the history of human. In 2006, two Science papers [1, 2] reported the possibility and the theory to realize invisibility (which is also denoted as cloaking): transformation optics. In 2009, we have proposed the concept of illusion optics, and generalized the idea of cloaking as a special case to creating optical stereoscopic images of arbitrary illusionary objects, which we denote as illusion optics [3]. After that, tremendous efforts around the world have been devoted to realize these two amazing effects. The cloaking and illusion optics effects have experimentally observed at various wave frequencies such as microwaves and infrared, and of various wave types such as electromagnetic waves and acoustic waves. Recently, the issue of bandwidth has been solved by using ray optics. However, limited by the theory of transformation optics, the previous designs of cloaking still have two general and unresolved issues: 1) there is great difficulty in achieving non-reflection which is crucial for ideal cloaking and other transformation optics devices, esp. at optical frequencies, and 2) the cloaking shells are too thick and are proportional to the scale of “cloaked space”, and therefore hinders practical applications significantly.

In order to achieve non-reflection, we expanded the Brewster’s angle from a single angle to a wide range of angles, by utilizing new freedom introduced by spatial dispersions in the material parameters. This effort leads to wide-angle and even omnidirectional non-reflection and total transmission through the interface of the materials, which we denote as “ultra-transparency”. By designing pure dielectric photonic crystals [4-7] with a shifted elliptical dispersion, we achieved ultra-transparent spatially dispersive media with the ability of forming ideal virtual images without aberrations. The ultra-transparency effect is demonstrated by proof-of-principle microwave experiments. Based on ultra-transparent media, we generalize transformation optics from local media to nonlocal media and provide examples including concentrators, illusionary scatterers, etc. Our work provides a theory for realization of materials with the ultimate transparency, opening a new route for optical designs based on spatially dispersive effective media.

In order to reduce the thickness of the cloaking shells, we propose to utilize metasurface [8-10] to realize cloaking of objects in the transmission geometry, with the help of other optical components, such as zero-refractive-index materials [11-14] and anti-reflection coatings. For the first time, our work demonstrates possibilities to reduce the thickness of cloaking shells to be much smaller than the cloaked region in the transmission geometry. This valuable characteristic is beyond the capability of transformation optics in which the thickness of cloaking shells is severely limited by the requirement of spatial variation. We also demonstrate unidirectional cloaking effects with PT symmetries. Our approach is general and in principle works for cloaking objects of arbitrary shapes.

Bio: Dr. Yun Lai is a Professor and the Associate Dean in the School of Physical Science and Technology in Soochow University in Suzhou, China. He received his PhD degree from the Hong Kong University of Science and Technology in 2005. His research interests include cloaking and illusion optics, electromagnetic and acoustic metamaterials, PT-symmetry and Topology, etc. He has proposed the concept and theory of illusion optics and cloaking at a distance, and designed various exotic metamaterials such as zero-index media with both ε and μ approaching zero, and hybrid elastic solids that only support longitudinal or transverse waves. He has published more than 40 papers on SCI journals including Nature Materials, Nature Communications and Physical Review Letters, which have been cited for more than 1500 times.