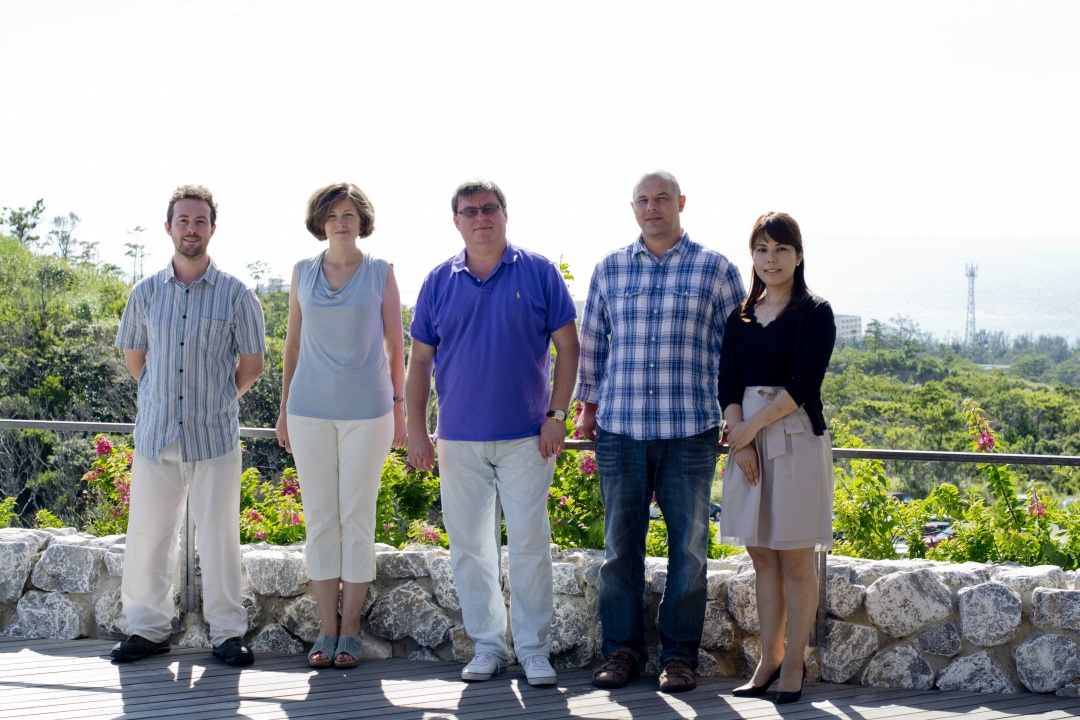 3.1 Investigation of scaled-up microbial fuel cells in collaboration with awamori distillery for treatment of waste water

The inoculation material consisted of local waste water treatment sludge, which was enriched using locally sourced wild type microorganisms. The enhancement of the internal biofilm to encourage exoelectrogenic activity and COD removal was carried out over several weeks. An average SCOD removal rate of 60% was achieved at organic loading rate (OLR) of 13,000mg COD and a four day hydraulic retention time. Periodically, biological samples were taken from biofilm formations and within the channels of the MFC. These will be analysed for DNA and RNA sequences in order to analyse the changes in microbial community structure and diversity throughout the pilot period.

In order to decrease the hydraulic retention time in future pilots as well as increase the organic loading rate of the pilot units, several potential modifications were noted during this pilot. These modifications will be further developed and implemented in future testing, which will be situated on the distillery site itself.

A collaboration between three Okinawan businesses supported the project by providing logistical assistance. Expertise in waste water handling and system installations was provided by Create-ES, a local waste water company who led the collaboration. Independent chemical analysis of the influent and effluent produced by the pilot was performed by The Okinawa Environmental Science Centre (OPESC). Technical expertise and marketing information was provided by the Okinawa Environmental Technology Centre (OPTEC).

A photo biological reactor was also tested alongside the MFC pilot, used to investigate the suitability of this type of microorganism to act as a tertiary treatment to the MFC system. It was shown that remaining nutrients within the effluent flow were reduced to a level suitable for surface water discharge of the final effluent. This technology will be further investigated as to its role to provide valuable by-products from produced biomass. 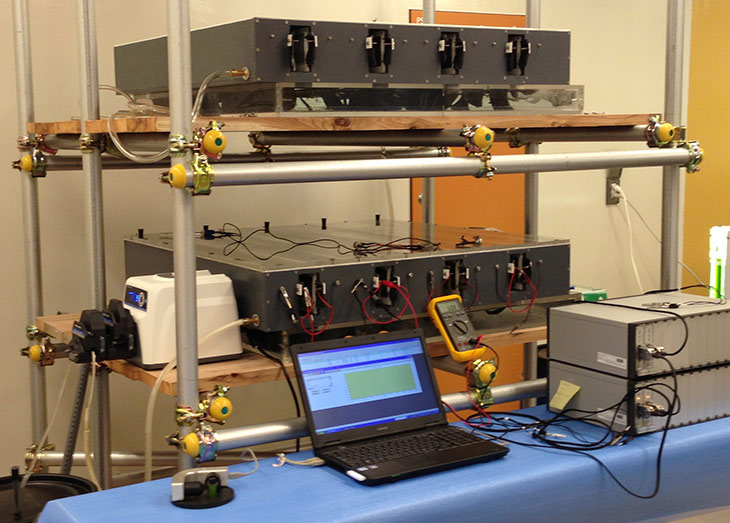 3.2 A semi-automated genome annotation comparison and integration scheme and its application to the annotation of an electricity generating bacterium 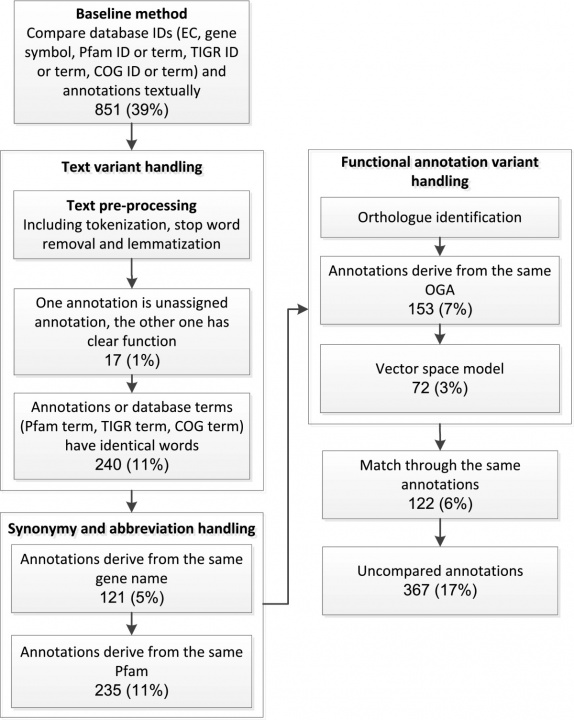 After obtaining the pair-wise comparison results between different annotation services, we constructed a decision tree to derive a consensus genome annotation result. Without any biological evidence, we could not assert which annotation was more reliable. Therefore we assumed that the gene annotations with the majority supports ought to be of high reliability. The work flow to obtain the consensus annotation is shown on Figure 3. To show the effectiveness of our approach, we applied our method to six published phylogenetically different genomes and using the literature-based E.coli annotation results from EcoCyc as a golden criteria to evaluate the reliability of the consensus annotation. The result showed that by integrating information from different resources, our scheme does produce better results than the individual services. 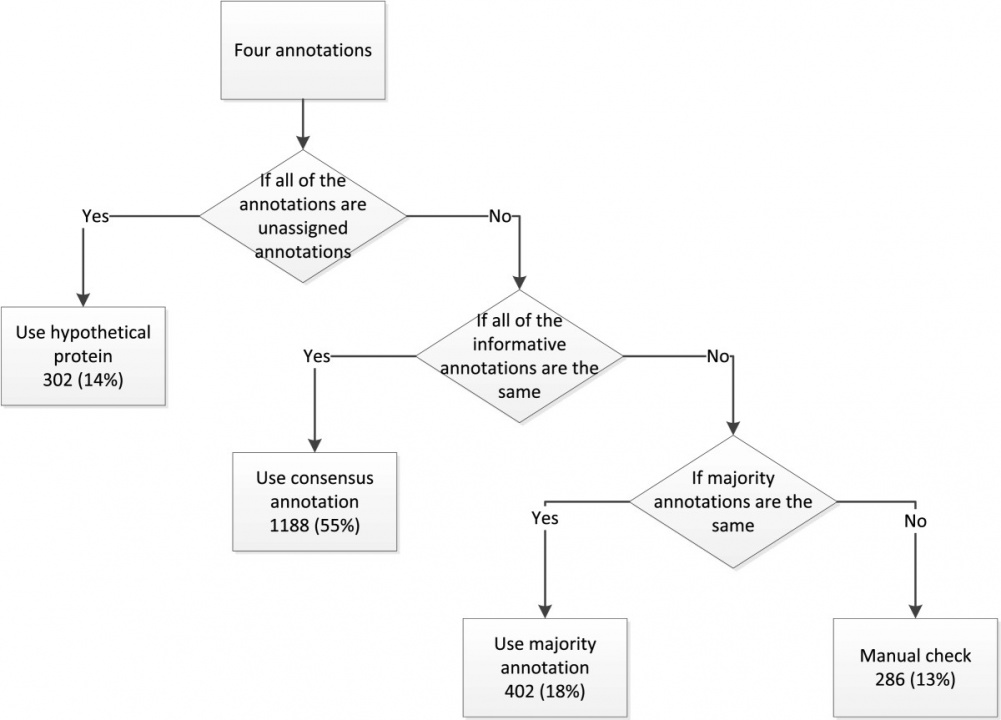 Recent findings show that GGT test has a predictive value as a sensitive biomarker of all-cause mortality risk. Despite the test is routinely has been used in clinics since 1960s for determination of liver tissue damage, the mechanisms behind the regulation of the measured serum human GGT level remains unclear. Aiming to uncover the mechanism of the measured GGT regulation and employing systems biology and bioinformatics tools we show that: 1) GGT assay measurements correspond to GGT1 protein, one of several proteins of the GGT protein family; 2) despite the importance of the GGT1 protein post-translational modification for the enzyme maturation, it is not the main mechanism of the enzyme activity regulation, and the focus should be on the regulation of its gene expression; 3) the list of TFs that participate in the GGT1 promoter regulation consist of confirmed TFs (for exampleSp1, c-Jun and ATF-2) and proposed TFs (for example p53, Nrf2 and PU.1); 4) signalling pathways that lead to the TFs in connection to GGT promoter are TNF-alpha receptor signalling pathways; 5) proposed new connection to various diseases and drugs. In addition, the result of our analysis allows us proposing a new mechanism of GGT regulation that differs from the regulation of other enzymes of the glutamyl cycle: toxin-induced mechanism of GGT enzyme up-regulation.