Our lab seeks to understand how ecological and evolutionary processes interact to generate and regulate biodiversity across spatiotemporal scales and levels of biological organization.  Living systems are diverse from gene sequences to organismal morphology to communities and ecosystems.  Our goal as biologists is not just to document and catalogue this diversity, but understand the complex interactions and dynamics that generate and sustain biological variation.  In FY2015, our research concentrated in three areas; our project on the evolution of the hyperdiverse ant radiations, our “Global Ant Biodiversity Informatics (GABI)” project which focuses on compiling analyzing global distributions of past and present ant biodiversity, and systematics and evolution of Indo-Pacific ant faunas.  Other ongoing projects include biodiversity theory, 3D morphometrics, ecological monitoring and complex systems research.

In FY2015 we have been continuing to grow the dataset, which now constitutes nearly 1.7 million records.  We developed and launched a new interactive website, antmaps.org, which allows visualization and interaction with the data.  In addition, we are using the data for studies on ant biodiversity, including systematics and biogeography projects. Notably, we used our data to analyze modern ant distributions compared to the fossil record, to understand how Earth’s geologic history has shaped modern distributions. 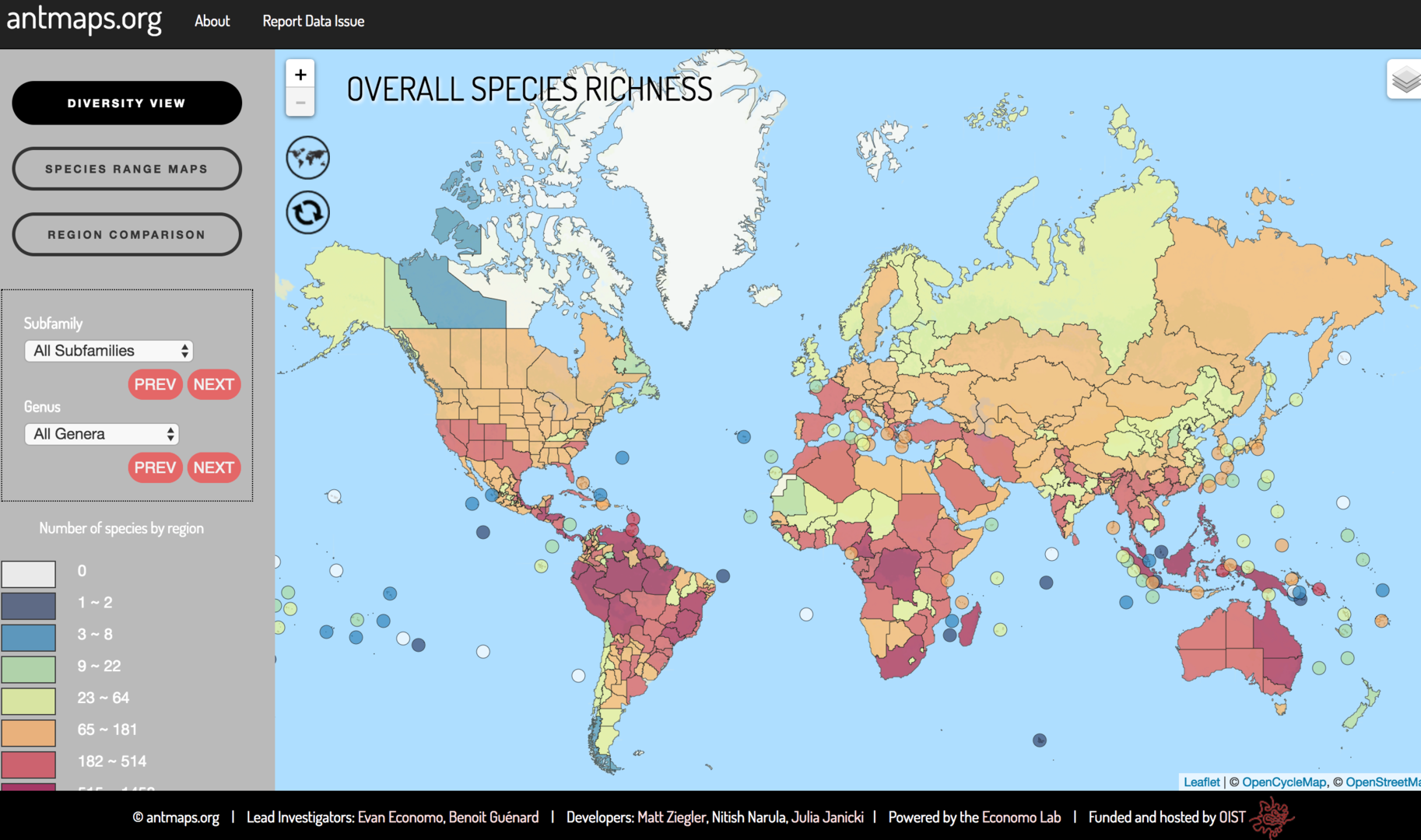 Figure 1: In FY2015 our unit designed and launched antmaps.org, an online web-mapping tool to visualize and interact with the GABI database.

Over evolutionary time lineages evolve in and out of ecological niches, evolve through morphological spaces, and ranges expand and contract in geographic space. These transitions may not be independent, some phenotypes may be better suited to certain ecological habitats, some habitats may promote dispersal and colonization, and colonization of new geographic areas may lead to ecological niche shifts. These ideas form the basis for integrative hypotheses like the taxon cycle. In collaboration with the Knowles lab at the U. of Michigan, we have an NSF funded project to examine the joint dynamics of these transitions in the famously diverse ant genus Pheidole, which contains over 1000 described species and is the dominant ant genus in many tropical ecosystems worldwide. We have reconstructed a new global phylogeny of the genus and used it to analyze the macroevolution and macroecology of the genus, with particular attention to the Old World. In FY2015, we continued to make progress on Pheidole, adding new taxa and publishing analyses of Pheidole biogeography in the old world and a treatment of the global pool of introduced Pheidole species.

In FY2015, we also initiated new projects on other hyperdiverse ant radiations, namely the genera Strumigenys (in collaboration with Doug Booher) and Tetramorium (led by Staff Scientist Paco Hita Garcia).  Strumigenys is a leaf-litter predator that has evolved a complex trap-jaw mechanism, and we are examining the evolution of this trait in time and space.  In Tetramorium, we are analyzing biogeography, morphological evolution, and transitions between ecological generalism and specialism.  Specimen work and RAD-sequencing for phylogenomics reconstruction is underway for these groups.

Ants are among the most ubiquitous and ecologically dominant animal groups. Over millions of years, ant biodiversity has evolved and dispersed from Asia and Australia through the vast network of Pacific islands.  More recently, humans have unintentionally introduced many species from around the globe into the Pacific. We seek to understand the historical and contemporary processes that regulate ant biodiversity over time.  In FY2015, we continued a series of published works on the Indo-Pacific ant faunas.  We published a paper on the island biogeography of Oceanic archipelagoes (Triantis et al. 2015).  We also continued work on our high-throughput RAD-sequencing of the Fijian ant fauna.

OKEON Chura-Mori Project (OKEON stands for Okinawa Environmental Observation Network).  The goal is to develop an observation system to measure and monitor the environment of Okinawa, in collaboration with the people of Okinawa.  The primary scientific goal is to develop long-term space-time data series from sites across the island.

Building upon progress from FY2014 in GIS, land use modeling, and sequencing, in FY2015 we focused on deployment of the field network.  Our team has set up 24 sites around the island, initiating arthropod sampling, camera trapping, and acoustic monitoring.  Meanwhile, we have steadily built our network of collaborators that includes over 60 partners inside and outside of Okinawa. 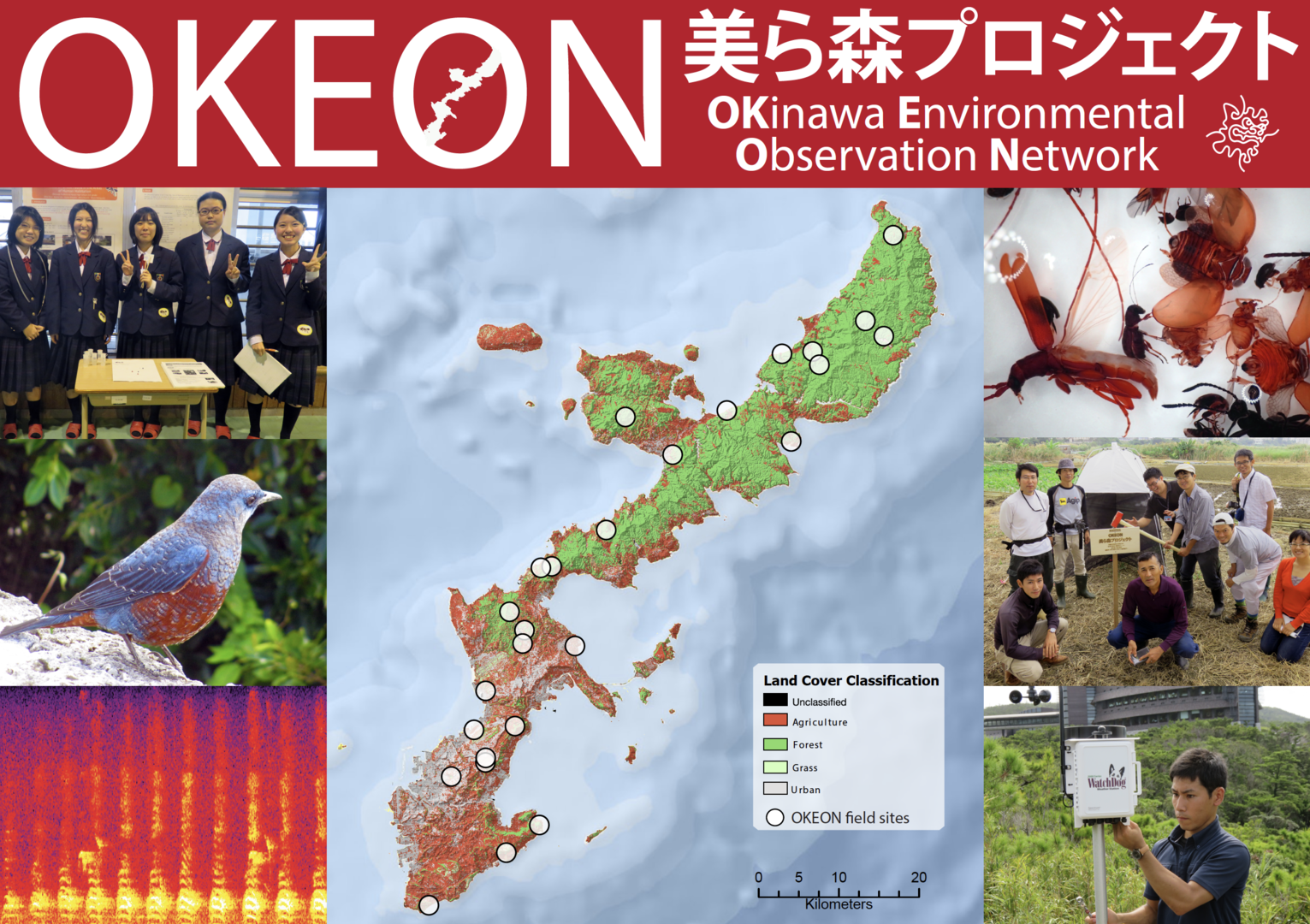 Figure 2: The OKEON Chura-mori Project involves a field observation network with around Okinawa, with acoustic monitors, environmental data loggers, and arthropod traps at each site.  The project has a heavy component of outreach and education, and many of our sites involve collaborations with local high schools or museums.  Find out more at the OKEON Chura-mori website.