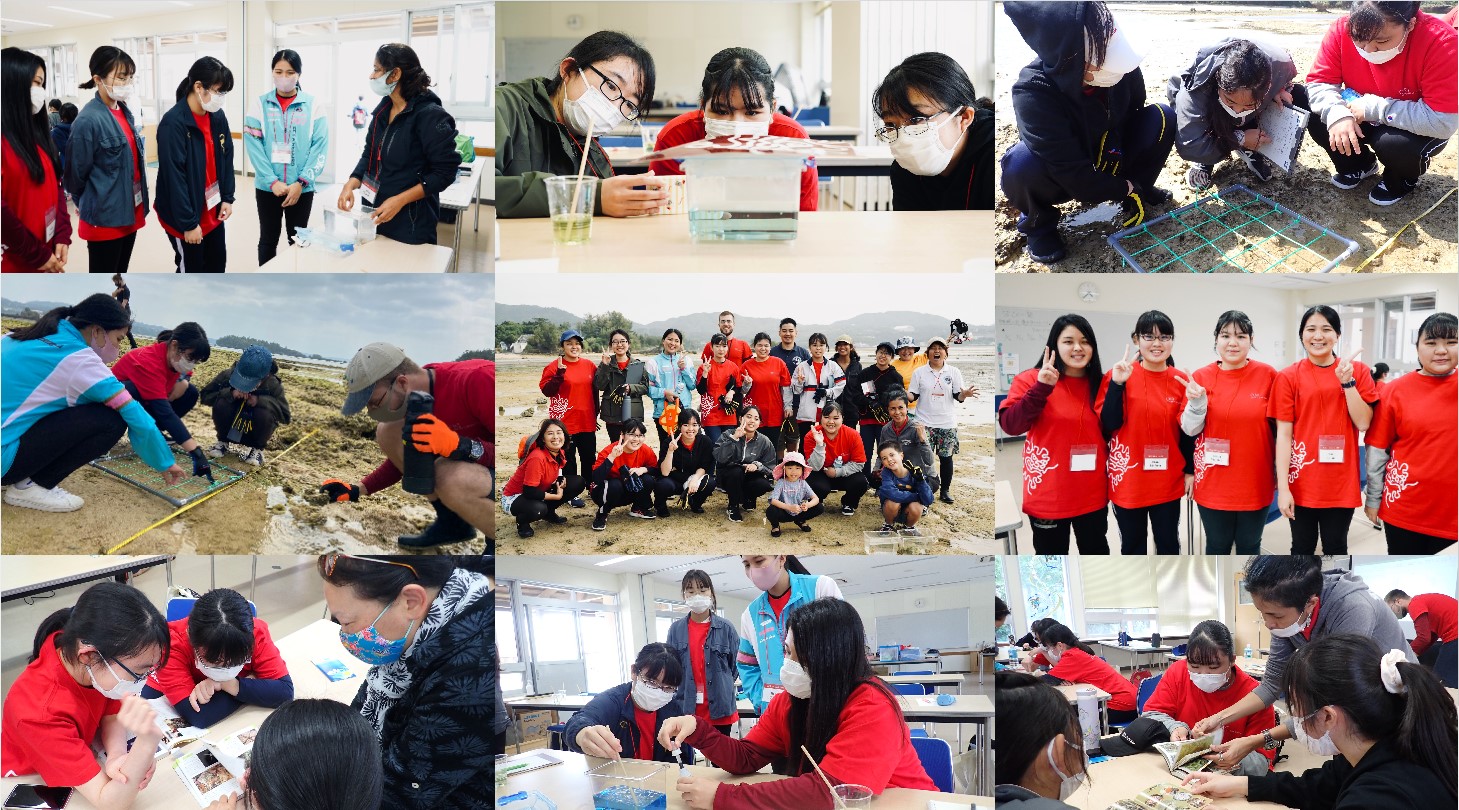 The "Science Project for Ryukyu Girls Science Camp" began in 2014 as a program to help inspire high school girls in Okinawa Prefecture to choose a career in science.
This program was renamed as "HiSci Lab" in March 2021. HiSci is an acronym for "High School" and "Science". The pronunciation is the same as Okinawan greeting, "Haisai!”

HiSci Lab does not only convey the joy of science but it also features testimonials from female scientists (role models) on what inspires them to pursue a career in science, what they have experienced in their university lives, and their current lives as researchers. The program also allows the participants to interact with female scientists. The advice from female scientists who are conducting cutting-edge scientific research will definitely be useful for your future!
HiSci Lab also serves as an opportunity for high school students who are interested in the same field to meet and interact with each other.

The theme of HiSci Lab program changes every year, and even if you participate every year, we are sure that you will learn something new!

The theme for HiSci Lab 2021 was Marine Science. PhD students at OIST who are researching on the changes in the marine environment caused by climate change, gave lectures and conducted hands-on activities (experiments on ocean acidification). As part of the fieldwork, the participants surveyed organisms living in the shallow water areas of coral reefs. The information obtained from the survey was used in discusssion on the biodiversity in the habitat.