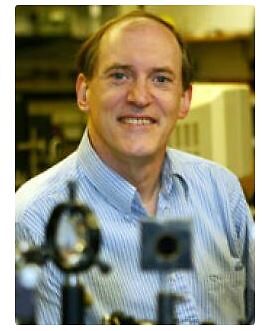 Research on various approaches to constructing large-scale quantum processors has been progressing rapidly.  Several approaches have progressed from just two or three physical qubits to about two dozen over the last few years, and it appears that "quantum supremacy" (enough physical qubits to exceed the processing power of any classical

computer) will be achieved within a couple years.  However, it has also become clear that large-scale quantum computers will require millions or billions of physical qubits and quantum gates.  I will discuss an approach which shows evidence for such scalability and combines features of trapped ion technologies - individual quantum particles held in a vacuum and moved about electrostatically - with features of semiconductor-based qubits - electrons held tightly at a material interface.  These qubits consist of the spin of electrons held in the vacuum above the surface of a thin superfluid helium film.  This system sidesteps many of the materials issues which can complicate solid state approaches, while the helium-vacuum interface eliminates the need for rf-trapping and preserves the qubit and gate density of sub-micron IC technology.  Experimental work aimed at developing this new technology will be discussed.