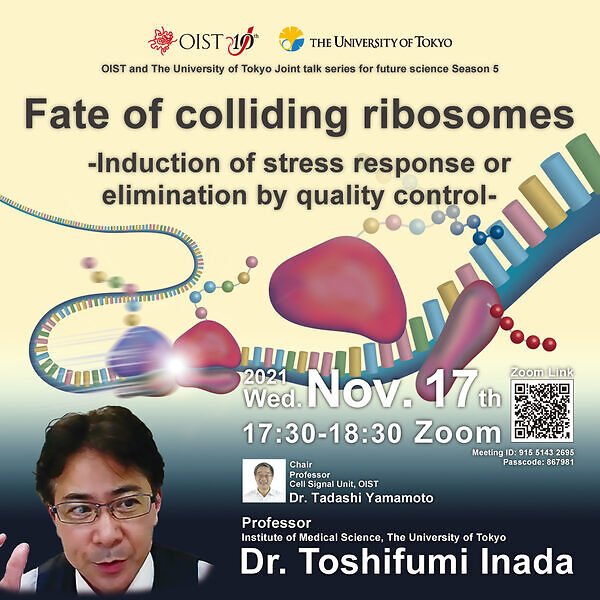 The rate of translation elongation is tightly regulated to produce proteins properly and determine the stability of mRNA. Aberrant stalling of ribosomes results in ribosome collision that is recognized as a problematic event in translation. Ribosome collision induces apoptosis by the MAP kinase cascade or innate immune response via the cGAS-cGAMP pathway. Ribosome-associated Quality Control (RQC) is quality control for the colliding ribosomes that is crucial to avoid the stress responses and eliminate the aberrant products. A key RQC factor Hel2/ZNF598 recognizes and forms the polyubiquitin chain on the colliding ribosomes that leads to subunit dissociation followed by proteasomal degradation of the aberrant polypeptide. These provide a new insight to understand how quality controls maintain the accuracy of gene regulation. 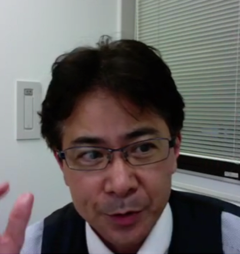 After receiving B.Sc. from the University of Tokyo, Toshifumi Inada studied molecular genetics at the Institute of Medical Science where he was awarded a Ph.D. in 1992. He then worked as an assistant professor in the group of Prof. Hiroji Aiba at Nagoya University. He joined the group of Prof. Alan Sachs at the Department of Molecular Cellular Biochemistry at UC Berkeley in 1998-2001. After returning to Japan, he was promoted to Associate Professor in 2002 at Nagoya University. He moved to Graduate School of Pharmaceutical Sciences, Tohoku University in 2010, and then moved to the Institute of Medical Science, The University of Tokyo in 2021. His research is focused on quality control systems to ensure the fidelity of gene expression.