The OKEON Churamori Project is an environmental monitoring system consisting of 24 core research sites equipped with a total of 47 stationary year-round camera traps located around Okinawa-jima Island,and is also a research initiative of the Environmental Science Section. Although the south of Okinawa is heavily populated and developed, the northern Yambaru region is still mostly forested and home to many animal species. Some are found nowhere else, like the flightless Okinawa rail, the Okinawa woodpecker, and the Ryukyu long-haired rat. Others are found throughout the Ryukyu Islands and their vicinity, like the Ryukyu wild boar and Ryukyu scops owl, and many seasonal, migratory birds also reside for part of the year in Okinawa. At the same time, alien species like the Indian Mongoose and feral cats and dogs also call Okinawa home, and they have big, detrimental effects on native species. The accumulation of video data from our camera traps taken over long time periods can show us where species are present, how they move around the landscape, how they interact with each other, and how they may affect people. We hope that by gaining a better understanding of Okinawa’s present environment, we can help to hand down Okinawa’s natural heritage to the next generation.

Yaｍbaru is best known as the representative region of Okinawa that typifies the island’s nature. Located in northern Okinawa, Yambaru is home to animal species found nowhere else, such as the Okinawa rail, the Okinawa woodpecker, and the Ryukyu long-haired rat, and is thus the focal point of conservation efforts. The Yambaru region, however, is not an isolated area within Okinawa, but one connected to more developed areas of the island, and all are continually affecting one another. Further, typical Okinawan nature also exists outside of Yambaru. When considering the conservation of biodiversity and sustainability of Okinawa's main island, we must therefore examine the current status and ongoing change throughout the entire island. The OKEON Churamori Project’s camera trap project operates with this philosophy by using core research areas located throughout Okinawa-jima Island to monitor the distribution of animals and changes in their populations. Basic research like this is a painstaking and costly process, but we are able to accomplish it with research funding provided by OIST. Accumulating data can lead to new discoveries and significantly help us solve problems or understand major changes when they occur. 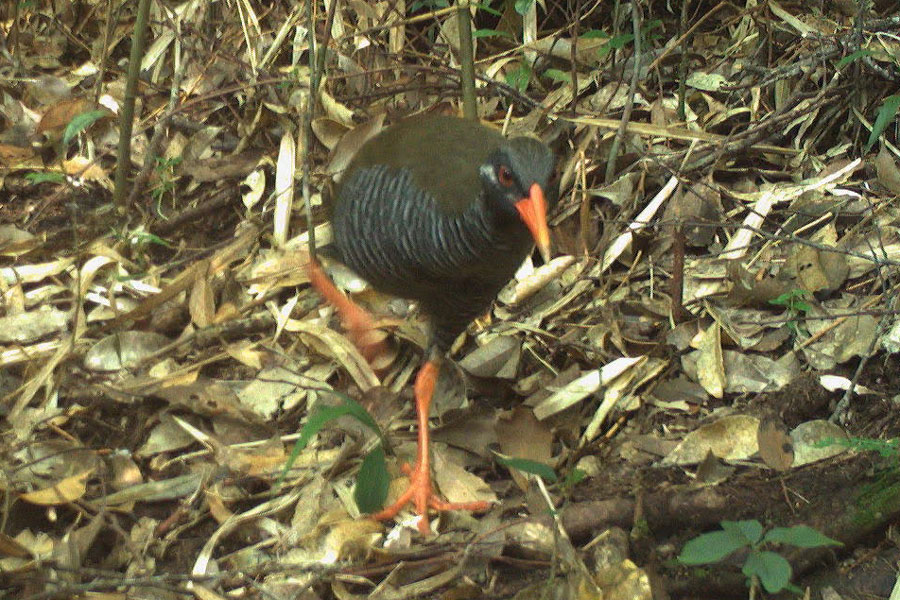 In early 2020, we provided the latest distribution data for the Ryukyu wild boar at the request of Okinawa Prefecture to help control classical swine fever (CSF), which has become a major problem. CSF outbreaks represent a major threat to domestic pigs, Okinawa's most common livestock. From a human standpoint, the Ryukyu wild boar is a potential transmitter of CSF, but they are also an important component of Okinawa's natural environment. Maintaining accurate information about their distribution is essential to controlling the spread of viruses and ultimately our coexistence with them. Carrying out such research after a problem occurs would be much too late. This work has served as a good example demonstrating just how effective routine monitoring can be. 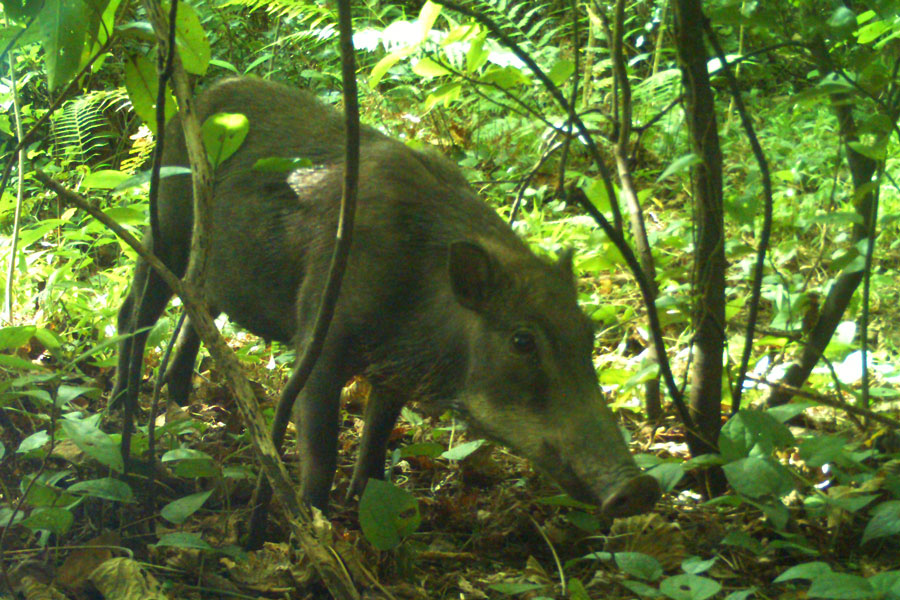 Research on the function of decomposition in Okinawa’s environment

In nature, the ground is littered with plants and animals that have died from old age, accidents, disease, or predation, as well as fruits and seeds fallen from trees. These will all become food for other organisms and eventually return to the soil. This process involving a diversity of life, from mammals to microbes, is a fundamental cycle sustaining the natural environment. Working jointly with the Obihiro University of Agriculture and Veterinary Medicine, the OKEON Churamori Project is researching the function decomposition plays in Okinawa’s natural environment and how that function is affected by human activity and alien species introduced by people. Through field observations with camera traps, this study of the decomposition process places a particular focus on the role of mammals and insects. 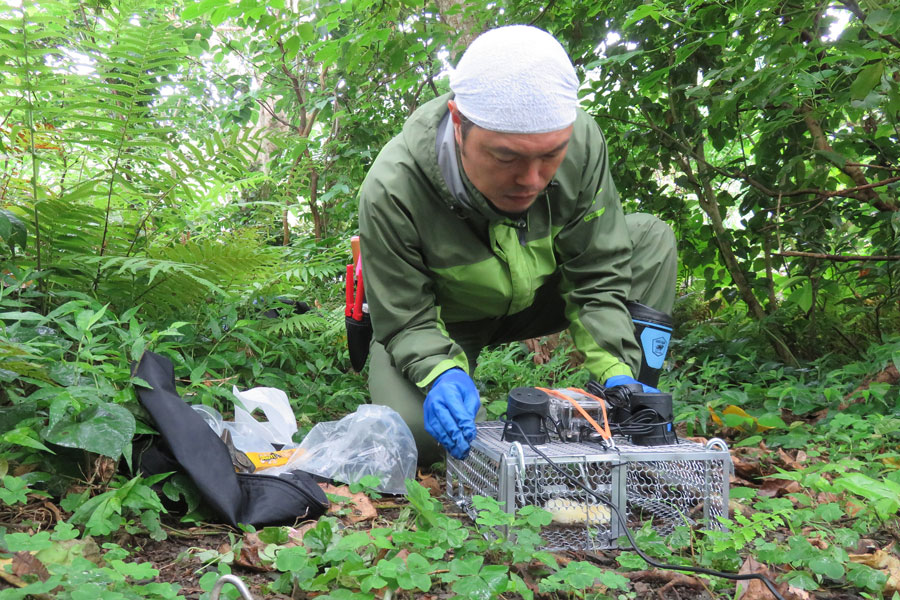