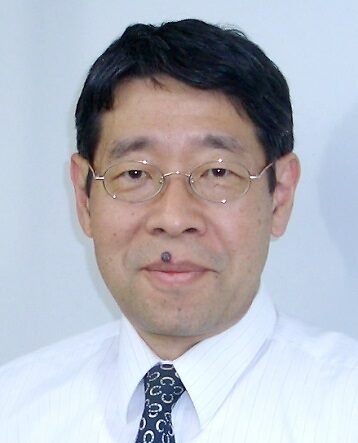 Abstract:
Organo-lead trihalide perovskite compounds, represented by CH3NH3PbI3, exhibit many rare functions as narrow bandgap intrinsic semiconductors. In 2006, we have first employed CH3NH3PbBr3 and CH3NH3PbI3 as the photo-sensitizer of electrochemical solar cell. This method was immediately applied to make a solid-state perovskite solar cell with carbon-polymer composite as a hole transport material, as we have reported in 2008,2 although our first peer-reviewed paper on the perovskite photovoltaic emerged in 2009.3 Recent rapid progress of perovskite-based photovoltaics has enabled PCE to reach 20%. Our group has achieved 17.4% by simple one-step solution process in ambient air conditions.4 Here, hysteretic I-V behavior of the perovskite PV cell was investigated to clarify the origin(s) of hysteresis based on ferroelectric property of CH3NH3PbI35 and the interfacial structure of FTO/TiO2. Perovskite cells can be fabricated also by low temperature processes (<120oC). CH3NH3PbI3 solar cells made by low temperature processes using ZnO-coated ITO electrode achieved PCE close to 14%.6 Such R&Ds of perovskite solar cell toward low cost manufacture process is highly promising for future industrialization.

Enormous potential of perovskite-based device is not only expected for power devices but also for high performance optical sensing. Such additional but equally notable functions of CH3NH3PbI3 are also enabled by strong light absorption and activity of long-lived photocarrier for high yield quantum conversion. As a photodiode, gain of CH3NH3PbI3-induced photocurrent was found to reach a level of the order of 103, showing excellent light-switching performance.4 Such rare functions of the perovskite as a hybrid semiconductor material provide a lot of rooms for us to explore in photovoltaics and optoelectronics. The unique functions of perovskite-based devices that we found in photovoltaic and optoelectronic applications have been reviewed in my recent publication.4

Biography:
Tsutomu (Tom) Miyasaka received his Doctor of Engineering from The University of Tokyo in 1981, and joined Fuji Photo Film, Co., conducting R&Ds on high sensitivity photographic materials, lithium-ion secondary batteries, and design of an artificial photoreceptor, all of which relate to electrochemistry and photochemistry. In 2001, he moved to Toin University of Yokohama (TUY), Japan, Graduate School of Engineering, to continue photoelectrochemistry. In 2006 to 2009 he was the dean of the Graduate School. In 2005 to 2010 he served as a guest professor at The University of Tokyo. Main topic of his research has been development of solution-printable and lightweight flexible phot ovoltaic (PV) cells. Since the discovery of the organic inorganic perovskite as PV material in 2006, his research has focused on the lead halide perovskite PV cells. In 2004 he has established a TUY-based company, Peccell Technologies, in charge of CEO. In 2009 he was awarded a Ministry of Science & Education prize on his achievements of green sustainable solar cell technology. He is directing R&D teams of national research programs, NEDO and JST, on dye-sensitized and perovskite solar cells.