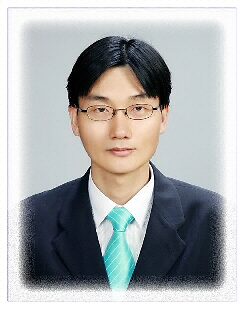 Department of Materials Science and Engineering

Pohang University of Science and Technology (POSTECH), Republic of Korea

Organic/inorganic hybrid perovskites (OIHPs) have been intensively studied as promising photo absorption and carrier transporter materials in solar cells due to excellent semiconducting properties, a broad range of light absorption, and a high extinction coefficient. Although PCE of perovskite solar cells has been increased remarkably, a few reports have considered solution-processed planar heterojunction (SP-PHJ) structure solar cells without using a mesoporous or compact semiconducting metal oxide (e.g, TiO2) layer processed by high-temperature sintering, and the SP-PJH solar cells to date have shown lower PCE than those with a mesoporous or compact TiO2 layer. Commercialization of perovskite solar cells requires easy, scalable and low-temperature methods to fabricate them efficiently by a solution process without sintering. PEDOT:PSS can be considered as a good HEL because of simple solution processibility, planarization effect on the underlying ITO layer, and a low-temperature annealing process. However the work function WF of PEDOT:PSS (4.9 to 5.2 eV depending on the ratio of PEDOT to PSS) is lower than  the ionization potential IP of perovskite (e.g. 5.4 eV for methylammonium lead iodide (CH3NH3PbI3)), so the potential energy loss at PEDOT:PSS/Perovskite interface decreased built-in potential in perovskite solar cells. Here, we present solution-processed methylammonium lead iodide CH3NH3PbI3-based perovskite solar cells with a high-WF self-organized HEL (SOHEL) for good energy level alignment with the IP level of CH3NH3PbI3. The SOHEL at the hole extraction interface can increase the built-in potential, the photocurrent, and thus the PCE of perovskite solar cells. We also demonstrated flexible perovskite solar cells on a poly(ethylene terephthalate) (PET) substrate.1

OIHPs can also be alternative emitters. They generate high color purity (full width at half maximum (FWHM) ~ 20 nm). Also, the emission spectrum can be easily tuned by adjusting the band-gap by simple substitution of metal cations, inorganic anions or organic ligands. The color purity of OIHPs is very high with a narrow spectral width, while organic emitting materials have low color purity and broad spectral width. Furthermore, OIHPs can be used along with organic semiconductors in light-emitting diodes (LEDs) because OIHPs have comparable ionization potential (IP) and electron affinity levels with those of typical organic semiconductors so that similar electron and hole injection barriers in OIHP LEDs to those in organic light-emitting diodes (OLEDs) can be formed. Bright organic/inorganic hybrid perovskite light-emitting diodes (PrLEDs) can be realized by using CH3NH3PbBr3 as an emitting layer and self-organized buffer hole injection layer (Buf-HIL), in which show high luminance, current efficiency and EQE of 417 cd/m2, 0.577 cd/A and 0.125 %. Buf-HIL can facilitate hole injection into CH3NH3PbBr3 as well as block exciton quenching.[2]

Therefore, we successfully demonstrated that OIHP materials can be effectively used for optoelectronic devices including solar cells and LEDs when we used self-organized conducting polymer based anode buffer layers.

Tae-Woo Lee is a tenured associate professor in the department of the materials science and engineering at POSTECH, Korea. He received his Ph.D in chemical engineering from KAIST, Korea in February 2002. Then, he joined Bell Laboratories, USA as a postdoctoral researcher in 2002. From September 2003 to August 2008, he worked in Samsung Advanced Institute of Technology as a member of research staff. He received a prestigious Korea Young Scientist Award from the President of Korea in 2008 and The Scientist of the Month Award from the ministry of science, ICT and future planning in 2013. His research focuses on printed and organic electronics based on organic and carbon materials for flexible electronics, displays, solid-state lightings, and solar energy conversion devices.