Seminar "Formation of satellite systems around Jupiter and Saturn" by Prof. Yuri Fujii 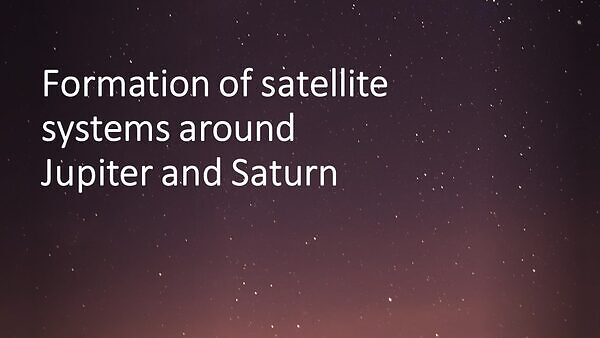 What makes the difference in the satellite systems around Jupiter and Saturn? The Saturnian system is dominated by one giant moon. The Jovian system has four large moons, three of which are known to be in the special orbital resonance called Laplace resonance. Moons are thought to form in circumplanetary disks that are gaseous disks appear around forming gas giants in protoplanetary disks. The orbits of moons are configured by the structure, such as surface density and temperature distribution, of circumplanetary disks. We develop new models of circumplanetary disks considering microphysics and calculate the orbital evolution of moons in the disks. In this talk, I will explain the difference in the disk structure around Jupiter and Saturn and show the formation scenarios of moon systems around the two planets.