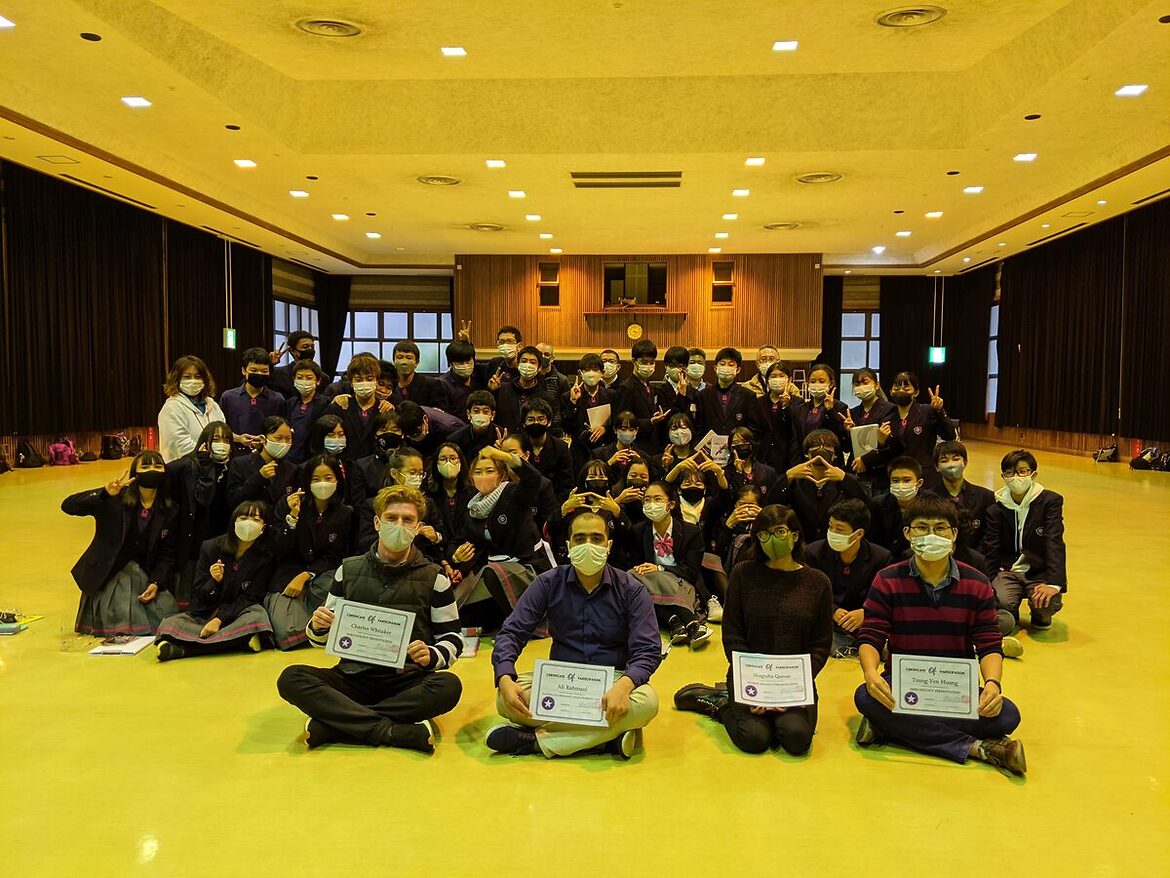 On the 12th of January, several OIST researchers presented their work to local middle school students from Okinawa AMICUS International. Sen, a member of the Computational Neuroethology Unit, also presented her work with the octopuses. The students learned about the different behaviors and body patterns exhibited by these animals and were fascinated by their learning and memory capabilities. They were also surprised to learn that octopuses do not in fact come from space as taught by a video they had recently watched in class but are a close relative of snails instead and have just lost their shells. This lack of protection and increased predation risk is what compels the animals to be ‘smart’ as a defense mechanism. Overall, the event was quite successful, and even the teachers agreed that they had learned something new about these amazing animals.