Cell division is a fundamental process in all organisms to create two daughter cells from a mother cell. During mitosis in eukaryotes, a microtubule-based structure called the mitotic spindle is assembled to segregate duplicated chromosomes into daughter cells. The bipolar nature of the spindle is critical for the accurate inheritance of genomic information. In addition, since the mitotic spindle positioning controls the distribution modes of polarized cell-fate determinants as well as the size and location of daughter cells, its positioning is critical to control daughter cell fates and tissue morphogenesis during the development of multi-cellular organisms.

In the Cell Division Dynamics unit, we are studying the mechanisms of bipolar spindle assembly, positioning, and their coordination in vertebrate mitosis using advanced cell-biological technologies. Based on our previous findings (see below), we are especially interested in how force-generating protein complexes are assembled and dynamically regulated by intrinsic and extrinsic signals to achieve proper spindle assembly and positioning for symmetric and asymmetric divisions. 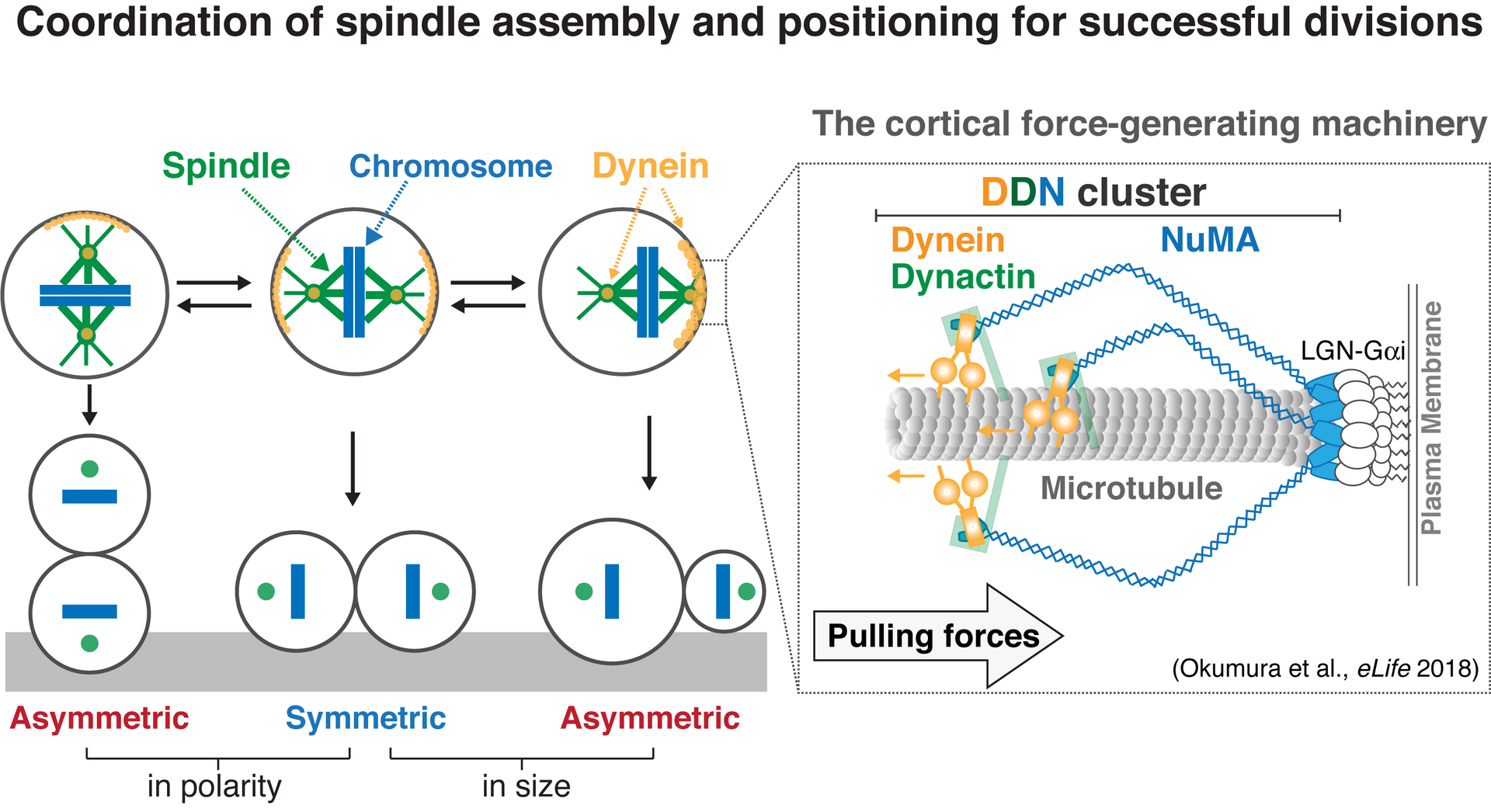 We have mainly used symmetrically-dividing cultured human cells as a model. Recently, we are also using Medaka fish early embryos to reveal unidentified mechanisms of rapid spindle assembly and positioning in large early embryonic cells. We may also introduce other systems, such as mouse stem cells, to understand the roles of spindle positioning in self-renewal and differentiation. 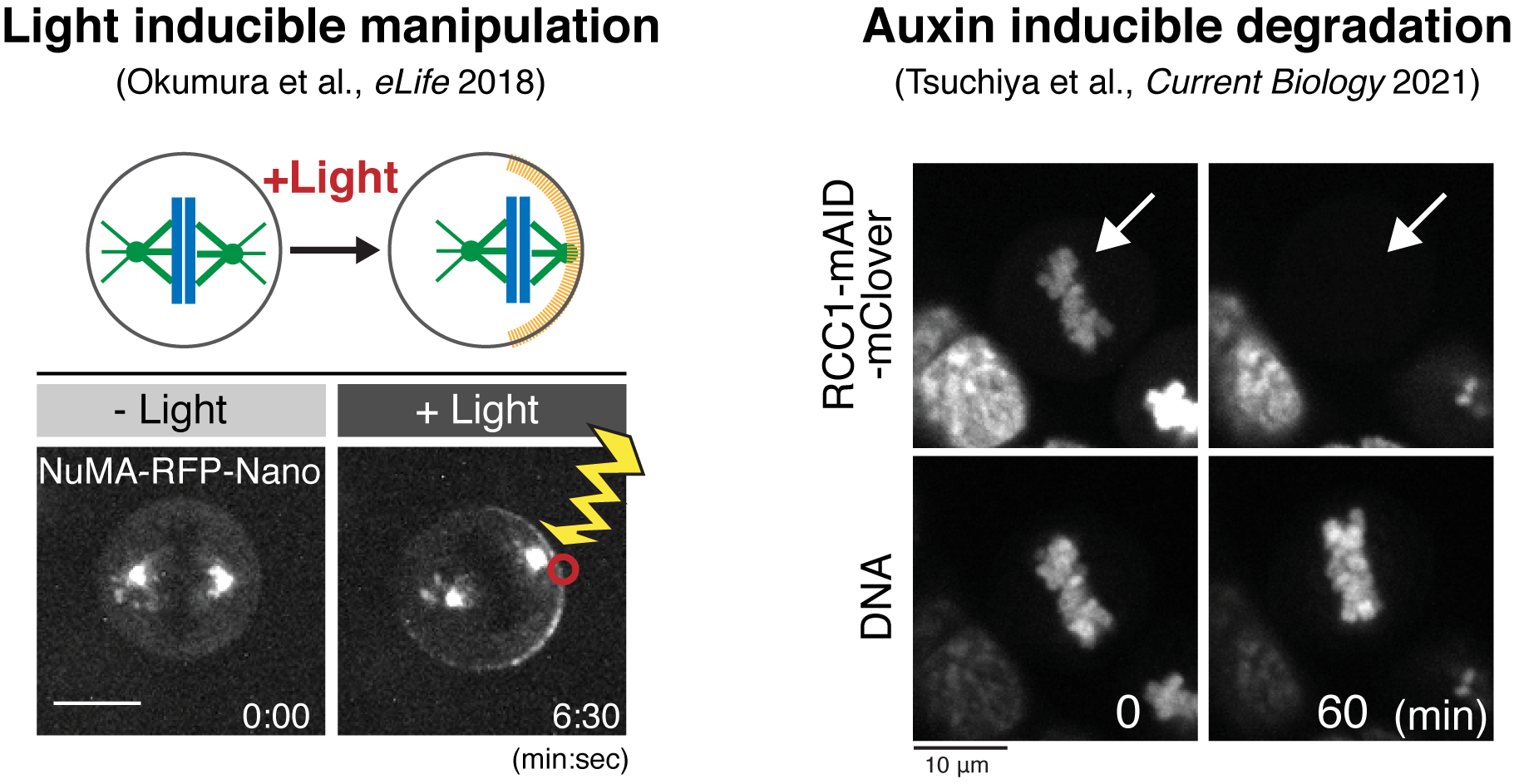 *Positions for postdocs and graduate students are OPEN!*

We are looking for motivated postdocs and graduate students who would like to join us on our quest to unravel the basic mechanisms of cell division with cutting-edge technologies.