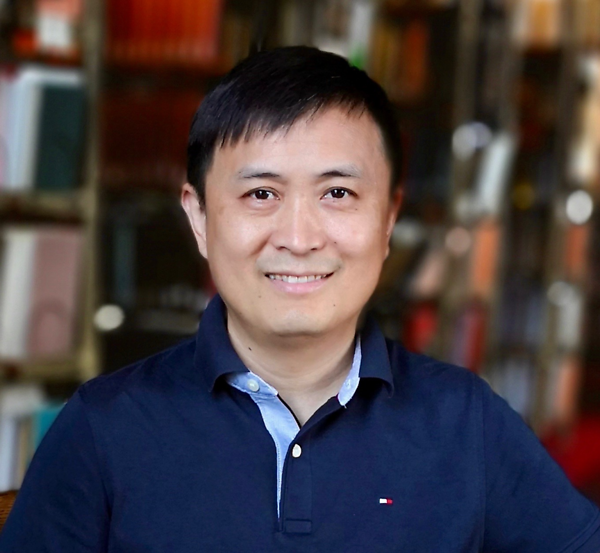 How to precisely control the shape and size of final assemblies, especially using the same amphiphilic molecules and under the same environmental conditions, is always a challenge in molecular assembly. Inspired by the cytoskeletal/membrane protein/lipid bilayer system that determines the shape of eukaryotic cells, we proposed and ‘the Frame Guided Assembly’ (FGA) strategy to prepare heterovesicles with programmed geometry and dimensions. This method offers greater control over self-assembly: with the same molecular system, the size of final assemblies could be tuned at 1 nm level and their shape could vary from spherical to cubic, and even given sized two dimensional sheets. Most importantly, the principle of the FGA could be applied to various materials such as bock copolymers, small molecules including surfactants and lipids, which is a general rule in self-assembly.

Dongsheng Liu obtained B.S. in polymer sciences from University of Science and Technology of China (USTC) and M.S. in polymer chemistry form the Institute of Chemistry, Chinese Academy of Sciences (CAS). Under the supervision of Professor Albert S. C. Chan, he studied the self-templated DNA circularization in the Hong Kong Polytechnic University and obtained PhD in 2002. In 2003, he joined the Chemistry Department of Cambridge University as a postdoc research associate, worked on DNA nanotechnology with Professor Shankar Balasubramanian. In 2005, he joined the National Centre for NanoScience and Technology, China as a principle investigator and in June 2009, he moved to the Department of Chemistry, Tsinghua University as a full professor. He was awarded the 1st “CCS-RSC Young Chemist Award” in 2008, the 7th CCS-BASF Youth Innovation Prize in 2014. Dongsheng was invited as FRSC in 2011 and became “Changjiang” Chair Professor in 2015. His research mainly focuses on DNA molecular machines and DNA based smart materials.