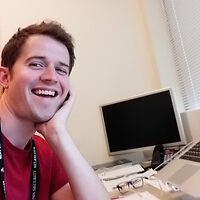 I will present two examples in which the behavior of canonical models from statistical mechanics are controlled using growth. These examples were initially motivated by thinking about growth in living systems, but the results presented are applicable to growing active matter in general.

In the first example I will demonstrate how the competition outcome of competing agent (cell) populations on a growing lattice can be determined by how lattice growth is implemented. To mathematically explain this result required the derivation of equations describing the evolution of pairwise correlations between agents on the growing lattice, and the nature of these equations inadvertently led us to discover a number of additional results. An example of which being that the evolution of agent densities on the growing lattice can be made both scale and translationally invariant depending on how the lattice is grown. In the second example I will present a toy model in which the growth of a network is coupled to the position of a random walker present on the network. This model was created to better understand the myriad biological systems in which growth, and the activity of this growing matter, are coupled. Networks generated by this model have stationary degree distributions determined by the motility rate of the random walker. The process through which this occurs is fractal-like, whereby the walker keeps building the `same' network repeatedly, and somewhat counter-intuitively, is due to the random walker in fact behaving like a traveling wave.

These two examples will serve to demonstrate the rich physics of growing active matter, and the often puzzling effects of growth on the behavior of well-known models frequently used in statistical mechanics.