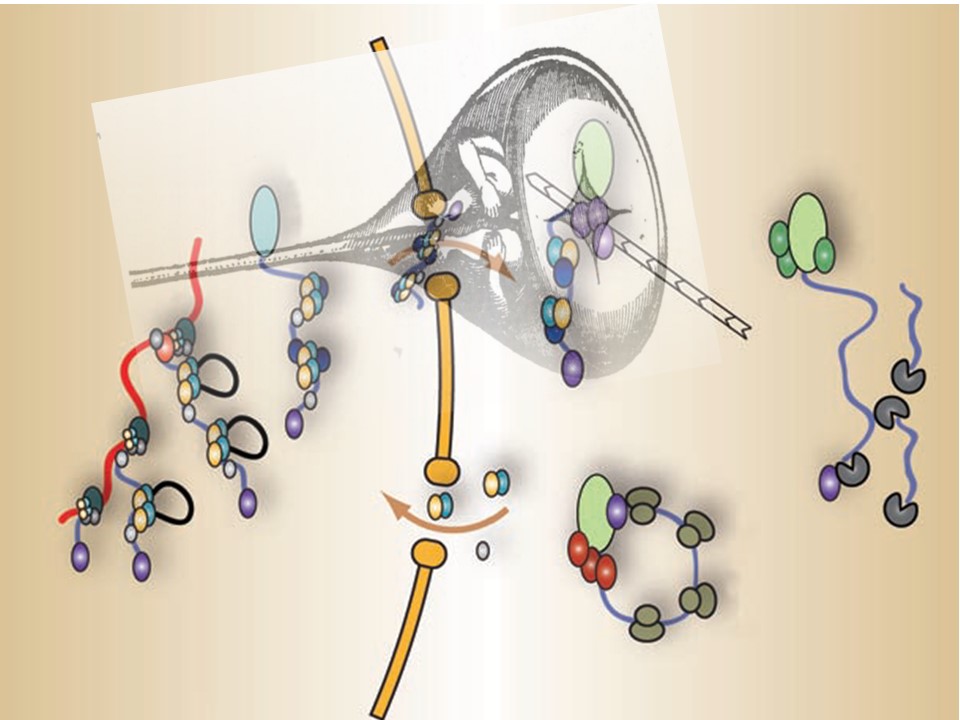 In recent decades, research into the regulation of gene expression has revealed increasing levels of complexity.  In particular, alterations of gene expression in response to environmental stimuli such as radiation, chemicals and diet have attracted attention because of their relevance to human health and disease.  Each step of mRNA metabolism, including transcription, transport from the nucleus to the cytoplasm, translation and degradation, has been studied independently, but recent evidence clearly indicates that these steps are functionally and physically linked, regardless of whether they occur in the cytoplasm or the nucleus.  For instance, evidence is accumulating that mRNA synthesis, translation, and decay are coordinated to balance gene expression.  The mechanisms underlying this coordination are not well understood, but intracellular signalling that includes feedback loops, shuttling of factors between nucleus and cytoplasm, and imprinting appear to be involved.  Another important layer of regulation of gene expression appears to lie in the huge numbers of non-coding RNAs, including miRNA, siRNA, piRNA, and lncRNA.  The biological relevance of non-coding RNAs is attracting the attention of an increasingly broad audience.  This workshop will allow interested researchers to gather in an intimate setting to exchange ideas, to discuss recent progress, and to forge new collaborations.  OIST’s small size and its beautiful subtropical location overlooking the East China Sea make it an ideal setting for this workshop.