The OIST Workshop "Quantum and Gravity in Okinawa" 2019 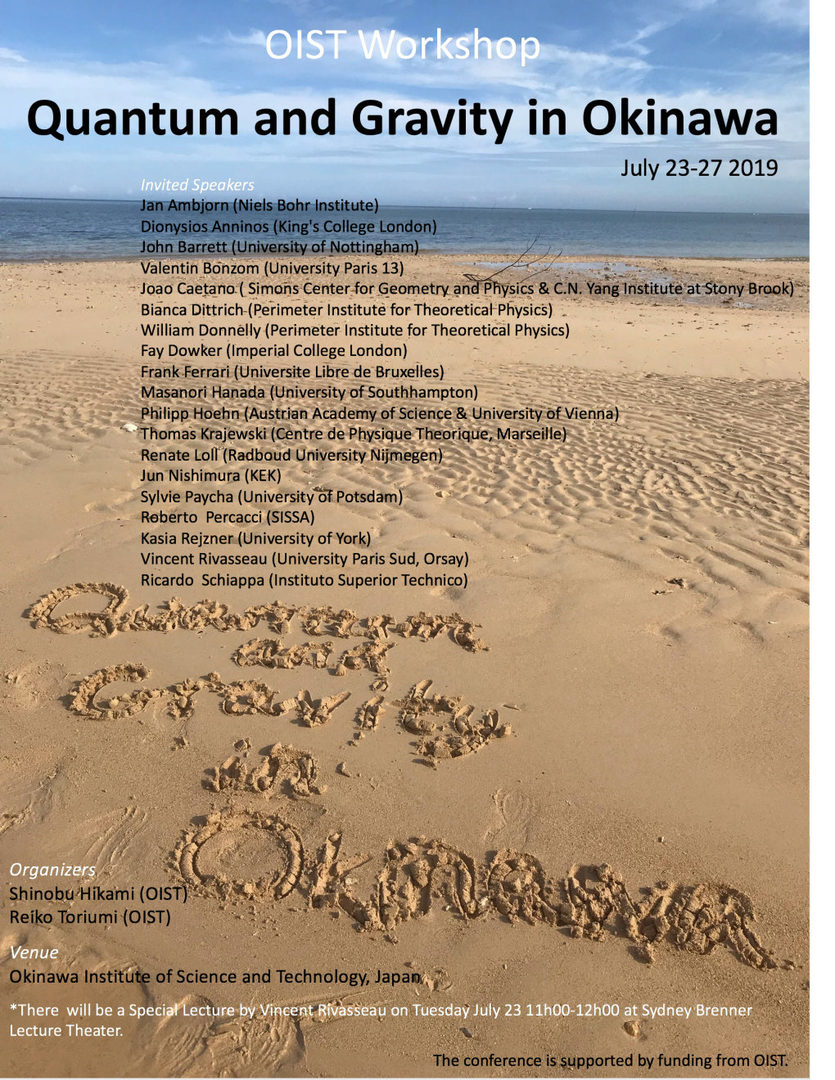 Application has been closed.