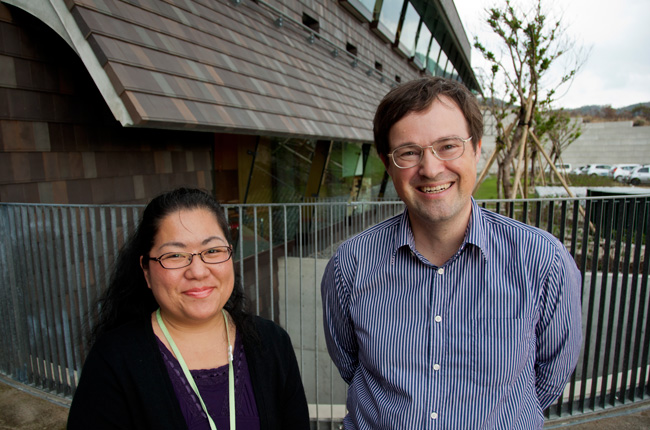 This year has been one with ample time for reflection, not only on the details of research, but also my own reasons for continuing and seeking new challenges in it. At the root of all research must be passion, or a love for one’s subject. When I joined OIST, I was invited to take a serious look at biology for the first time in my life. In the years since, I have indeed fallen in love with those “endless forms most beautiful and most wonderful” which so inspired Darwin.

Mathematics is a study of relationships, potentially unlimited, but restricted for all of us by the capacity of the human brain and perhaps more so by the historical path mathematicians have trodden so far. There is no reason to believe that the relationships revealed to us by nature will offer themselves easily to conventional mathematical description. I strongly believe that a truly powerful mathematical biology can only emerge when we simultaneously plunge in to and also let go of both mathematics and biology. Japan provides us with a rich heritage of such practices. Okinawa provides us with a concrete example of how beautiful nature can be. 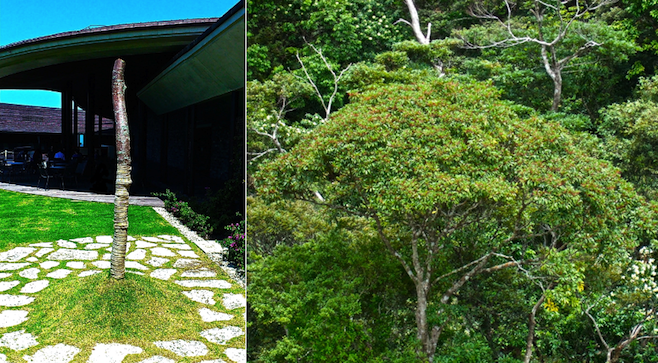 So, the patterns of biology may not fit into predefined mathematical classes, and we must therefore be prepared for new mathematics. I open picture books of biology and look for patterns with an “open mind”. Where are they to be found? The answer is in continued discussion, not books, but I will also provide some examples for anyone who dares to read further:
I spent much of my time this year looking at genomic sequences, and found, much to my own surprise, relations which I can best describe as algebraic, but with a stochastic twist (something like X+Y=Z+“at most one difference, some of the time”). This still keeps me awake some nights. I do not know if the regularities are specific to biology or not, or even if I have the right to ask that question. The Malaria parasite’s genome stood out when viewed in this light. Why?
Francis Crick wrote the following in 1979 (Science): “This leads us to ask how splicing arose in evolution. I have noticed that this question has an extraordinary fascination for almost everybody concerned with the problem”, and I am no exception. Theory must however be grounded in fact, or at least aim to be. To my mind, Oikopleura dioica and Paramecium tetraurelia appear to be ideal living organisms, with sequenced genomes, for making a serious attempt at trying to understand both the historical and also some topical questions, such as effects of sea temperature on genomes. Regarding the evolution of introns, I do however continue to ask myself: Is RNA editing a better place to start?
I want to know what measurable (i.e. quantitative) aspects of genomes remain almost unchanged between closely related organisms. Deinococcus radiodurans is an exceptional example which convinced me that I still know nothing of this subject.
Much of this year was spent thinking about the Ediacaran organism Dickinsonia, which never ceases to remind me of a conformal map, however much I try to avoid that image. More recently, I have been fascinated by those cross-sections of archaeocyathids which exhibit striking likeness to a square grid. Why not hexagonal? Is there a sense in which earlier organisms may reveal more about otherwise hidden symmetries or patterns? Dare I utter the “optimization” word?  I do not know, but have started to engage with paleobiology and paleontologists, and hope to have much more to report on these interactions next year.
I am guilty of having dabbled in optimization and its possible traces in biological forms. I feel guilty because evolution is so much more than optimization, and yet I also feel it is wrong to deny the existence of any connection between the two. This has been joint work with Dr. Yihwa Kim and Prof. Erik De Schutter of the Computational Neuroscience Unit, whose fearlessness made the journey possible. We looked at the geometries of tree-like structures of brain cells and corals. Others have already studied the corresponding tree-like structures of trees. I wonder sometimes about cobwebs. 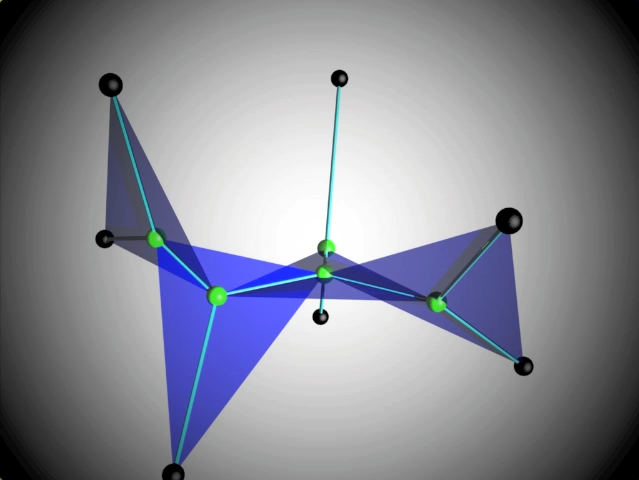 As nature teaches us, there is value in cross-fertilization. I continue to be interested in selected collaborations which cross the commonly recognised boundaries of core mathematical biology, for the simple reason that they do tend to feed back into my research in mathematical biology. I am fortunate to be working with Prof. Martin Guest of Tokyo Metropolitan University and others on a pure mathematical project centred around one of the first computational experiments to have had a direct influence on pure mathematical research. The experiment was designed by Enrico Fermi, and led to our modern understanding of solitons, for example. What has been fascinating for me has been to see how this work does indeed link in with model studies of instabilities in animal and human brains (Tsuda et al., J. Integr. Neurosci. 2004). The discovery of this link was itself a small success story, something we plan to follow up on.
Most recently, I have been fascinated by the canopies of the trees that can be seen from the OIST central patio. Are they of any particular shape?
I will stop writing now, before describing models of killer yeasts (a result of discussions with Prof. Mikheyev) or thoughts on modularity or the unavoidability of viruses. A theoretician must have many projects going at any given time, “since no real progress can be made without taking any risks, even in the most exact science” (Max Planck, 1913, my translation). I am in fact very proud of the diversity of projects I work on. I strongly believe in interdisciplinary work, and what some people would call “thinking out of the box”, despite the risks involved. This is what we do at OIST!
How do I see my place at OIST? It is a delight to have so much contact with researchers from many other units. Every time I am asked for advice, it gives me a chance to learn something new about the relationship between mathematics and the natural sciences. Being in the company of so many brilliant scientists, be they faculty, researchers or students, is simultaneously a reward and an inspiration to engage and lose myself in the wonders of life. I intend to get lost again next year.

(Gunnar Wilken is a gifted and hard-working former unit member).

Prof. Sinclair was the keynote speaker at the DoDEA 2012 MathematicaFest for Pacific high-school students, which took place from February 6 to 9, 2012. The talk covered historical and mathematical aspects of the lives of Gauss and Riemann. During the MathematicaFest itself, students discovered properties of non-Euclidean geometry using melons and compasses.