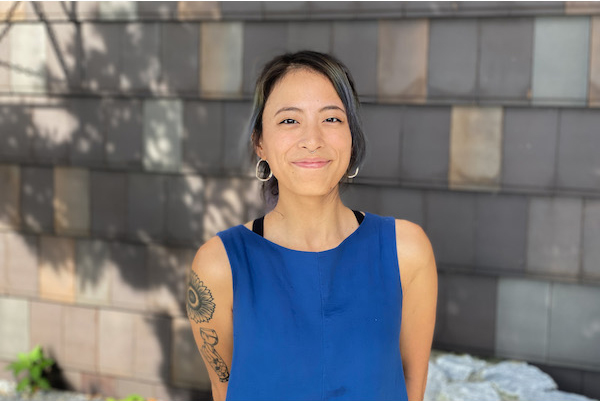 Nonno is an evolutionary biologist from Kanagawa, Japan. She earned her bachelor's degree at the University of Guelph in Canada. She became interested in honeybees working as a research assistant at the University of British Columbia and Guelph and later joined OIST as a research intern with the Laurino and Mikheyev units. Her research focuses on the phylogeography and landscape genetics of species interactions in systems such as obligate pitcher plant arthropods and honeybee mites. In her free time, Nonno can be found on a surfboard, shredding waves along the Okinawa coast. 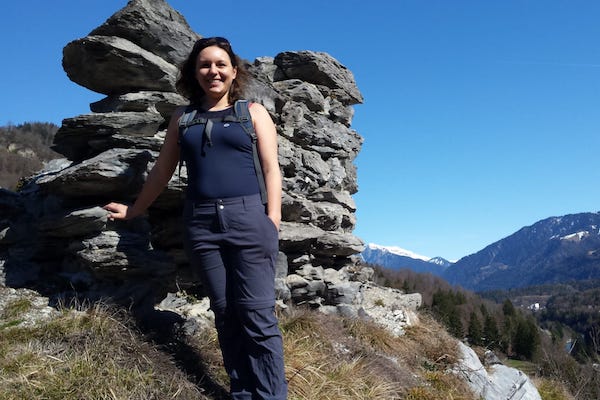 Rahel is an immunologist from Switzerland, where she studied at the University of Bern. For her master's degree, she worked in allergy research with a focus on inhibitory mechanisms in human basophils. As a rotation student in our unit, she worked on questions concerning the phylogenetic patterns and ecological drivers of MHC diversity in primates. For her thesis, she is focusing on questions concerning ecoimmunology and landscape genetics in bats. 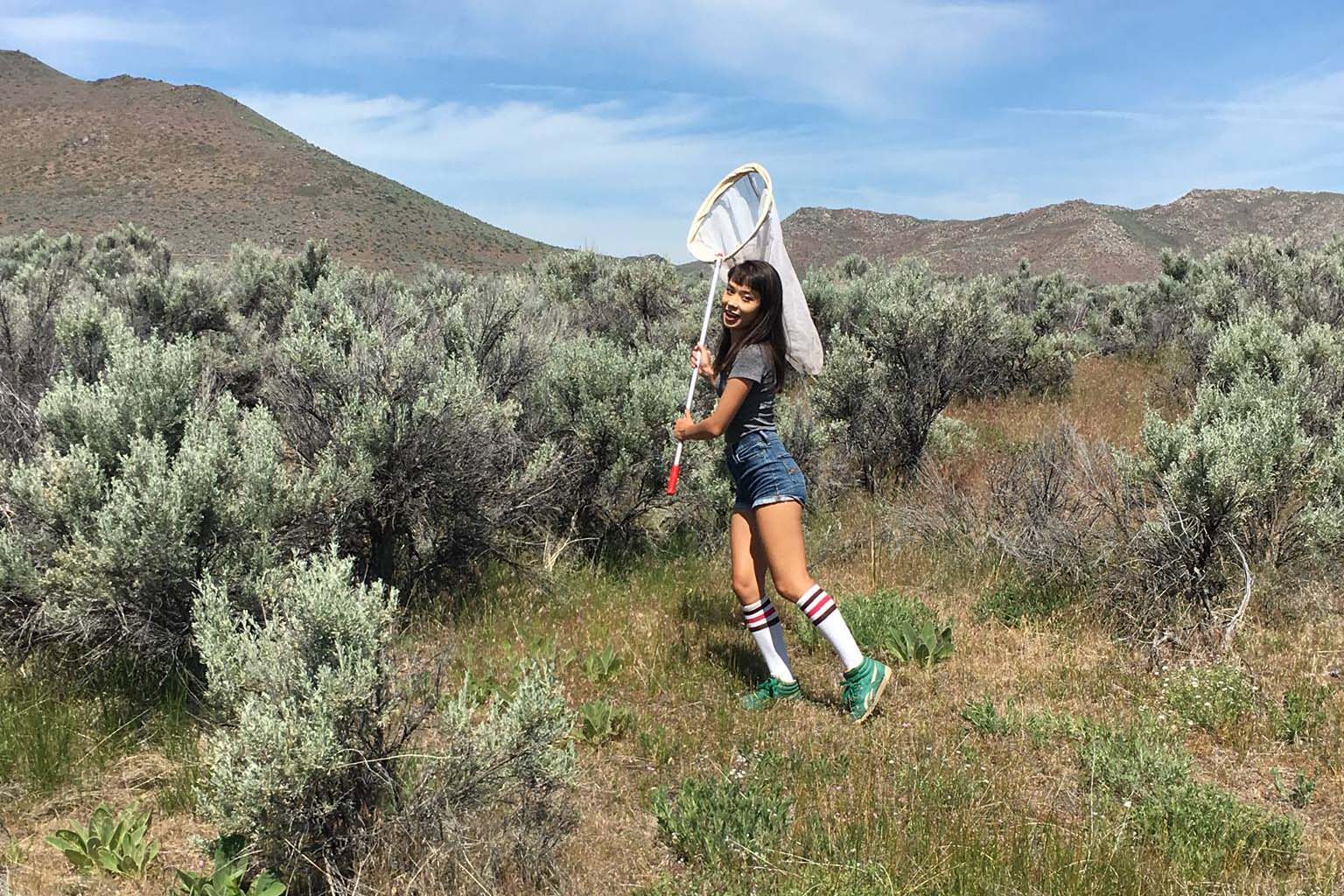 Su’ad spent her childhood moving between Oregon, South Korea, Saudi Arabia, Yemen, and Nashville, TN. She earned her BS at the University of Tennessee Knoxville working broadly across botany, mycology, chemical ecology, ecosystem ecology, and invasion biology. For her PhD, she worked with Matthew Forister and Angela Smilanich at the University of Nevada, Reno, where she examined how novel host plant use and ecological variation affected immunological function in the butterfly Lycaeides melissa. At OIST, Su'ad works on microbially-mediated trophic interactions in Crotalaria plants. She enjoys playing chess, painting, taking pictures of bugs, and making memes. 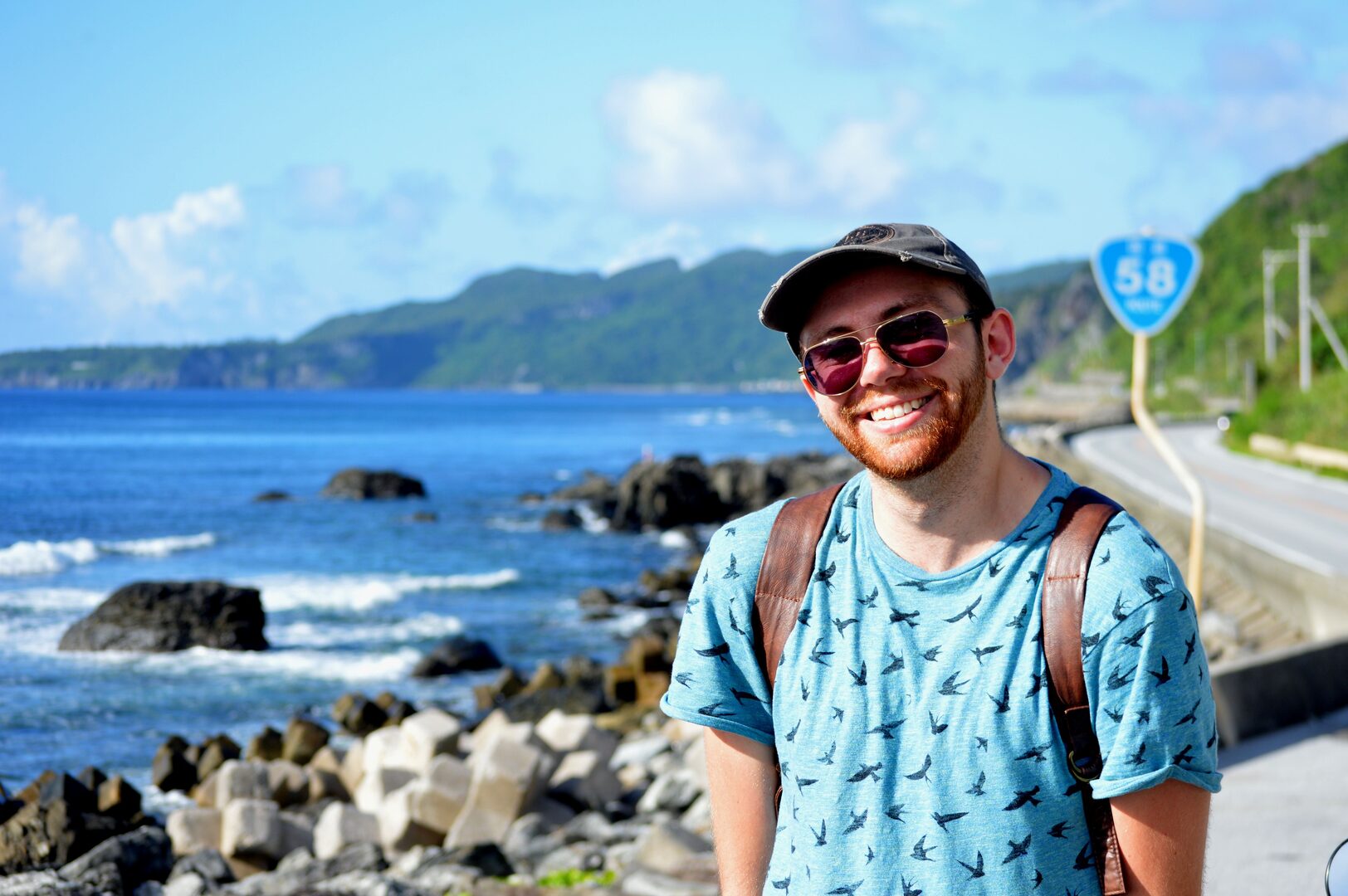 Sam is a community ecologist from Nottingham, UK. He earned his undergraduate and master’s degrees from the University of Leeds before moving to Trinity College Dublin in Ireland for a PhD on ecological stability. Sam’s work addresses fundamental questions relevant to global environmental change and broadly concerns ecological stability, time series, community dynamics/food webs, and ecoacoustics. In his spare time, Sam can be found cruising around the island on his scooter (scoot scoot!), critiquing convenience store umeshu, or making waves as OIST’s worst DJ. 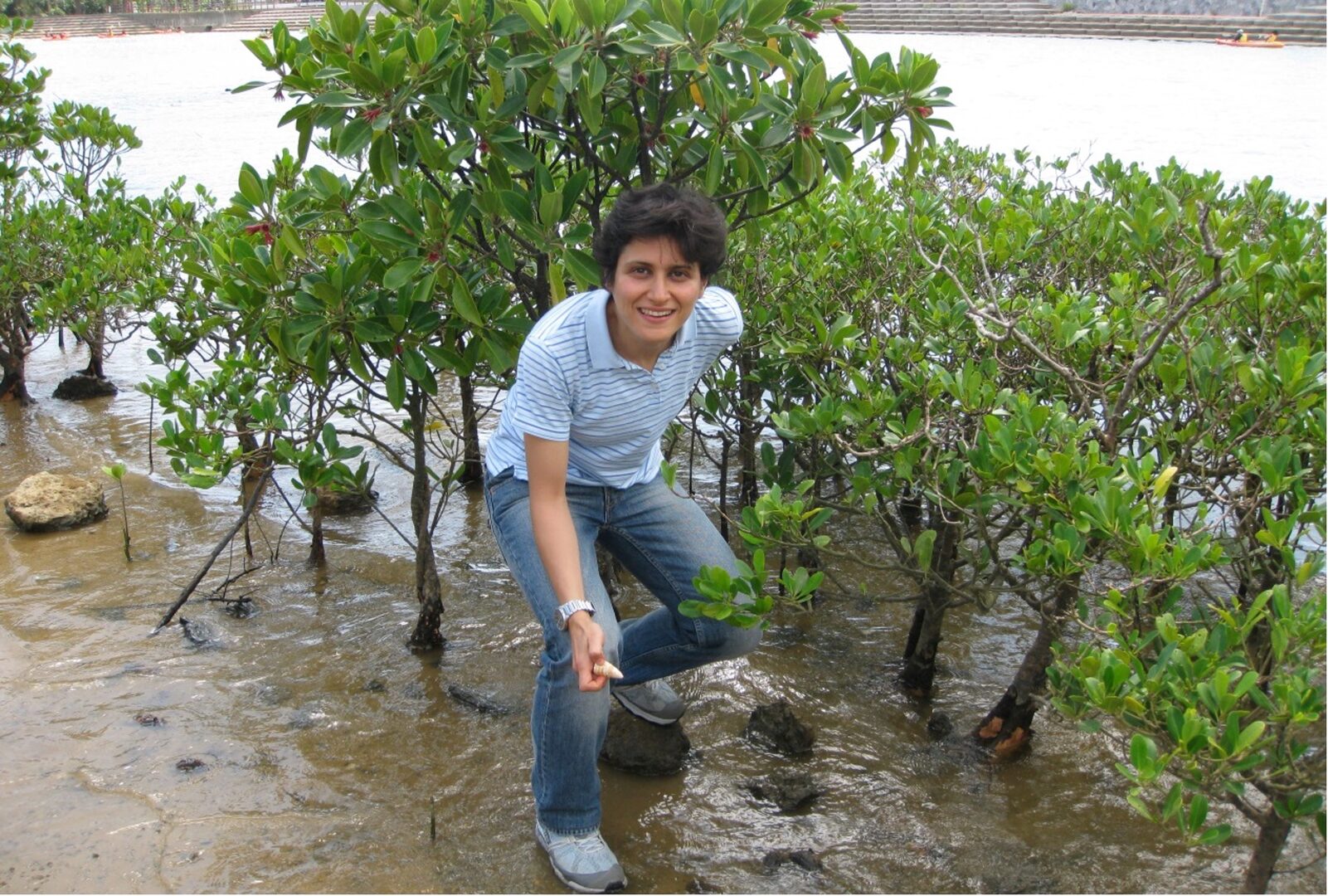 Matin is a molecular ecologist from Iran with degrees in plant systematics and ecology. She earned her PhD as a MEXT scholar in Japan on the spatial population genetics of the morning glory Ipomoea pes-caprae. She then spent time as a postdoc at the University of Kyoto working on plant scenescence, and later at OIST as a JSPS fellow researching the genomics, transcriptomics, and epigenetics of mangroves' adaptations to environmental stress. As a staff scientist in our unit, Matin is generating draft genomes of Okinawa's native mangroves as well as researching epigenetic questions pertaining to mangroves' evolutionary histories, geographic range limits, and legacies of transient stressors. In her free time, Matin pursues her passion for long-distance running, be it on a treadmill, track, or roads around Onna. 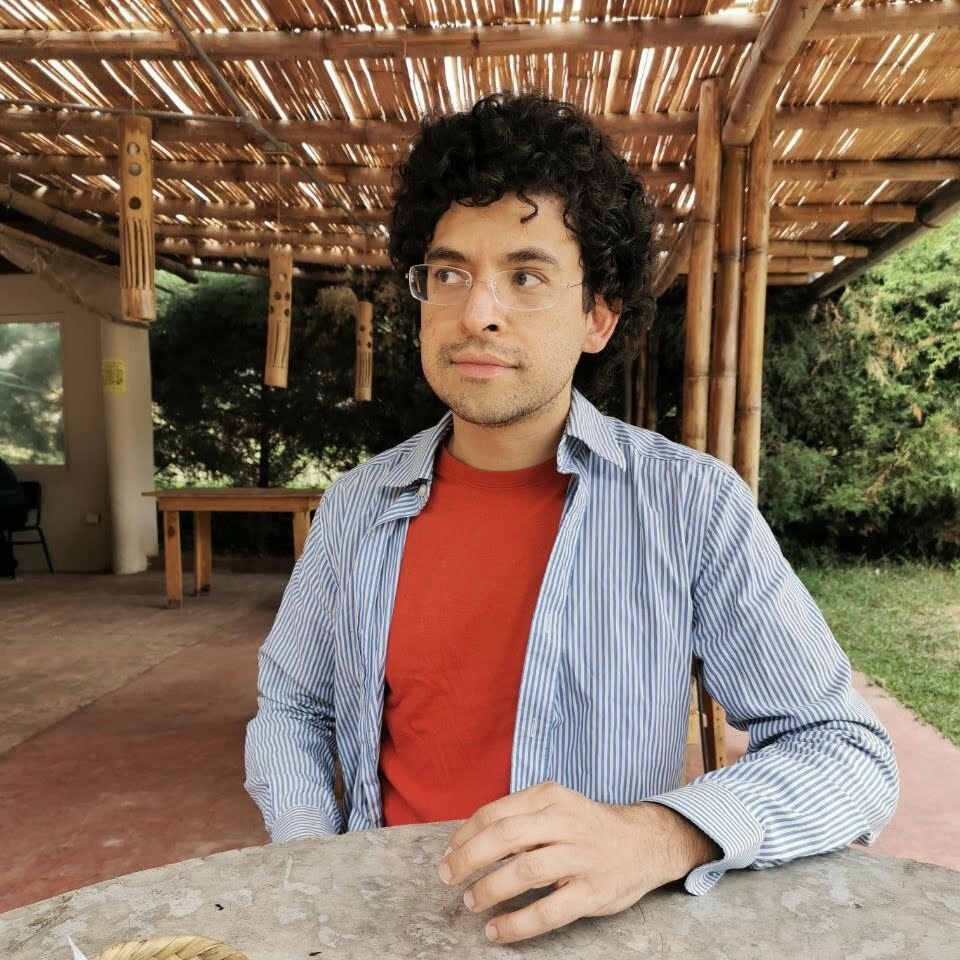 Alex is a molecular biologist from Oaxaca, Mexico, he studied biology at the University of the Americas Puebla and his masters degree at the University of Leeds. He joined the Institute of Ecology (INECOL) in Mexico as a technician in the Plant Genomics and Transcriptomics lab and was in charge of the sequencing core-lab facility. He’s interested in the molecular interactions of nematodes and insects with plants, including their associated bacterial communities. Outside of the lab, Alex enjoys photography and having coffee with friends. 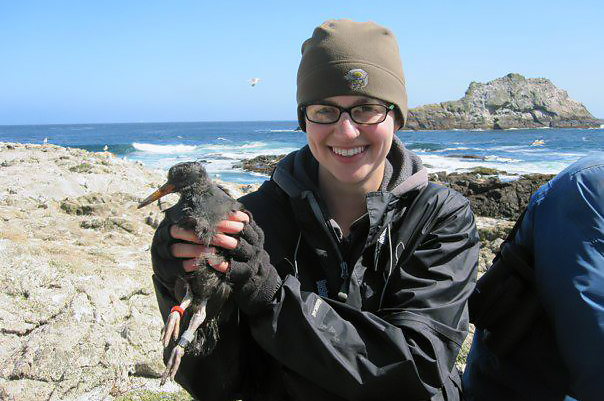 Katie is from Texas and earned her bachelor's degree in biology from the University of Texas at Austin. She studied mating behavior of horeshoe crabs (Limulus polyphemus) for her master's degree at the University of Florida. Katie has since worked in scientific publishing, seabird population monitoring, wild bird rehabilitation, and aquatic ecology research. Her hobbies include baking pies, knitting, and birdwatching. 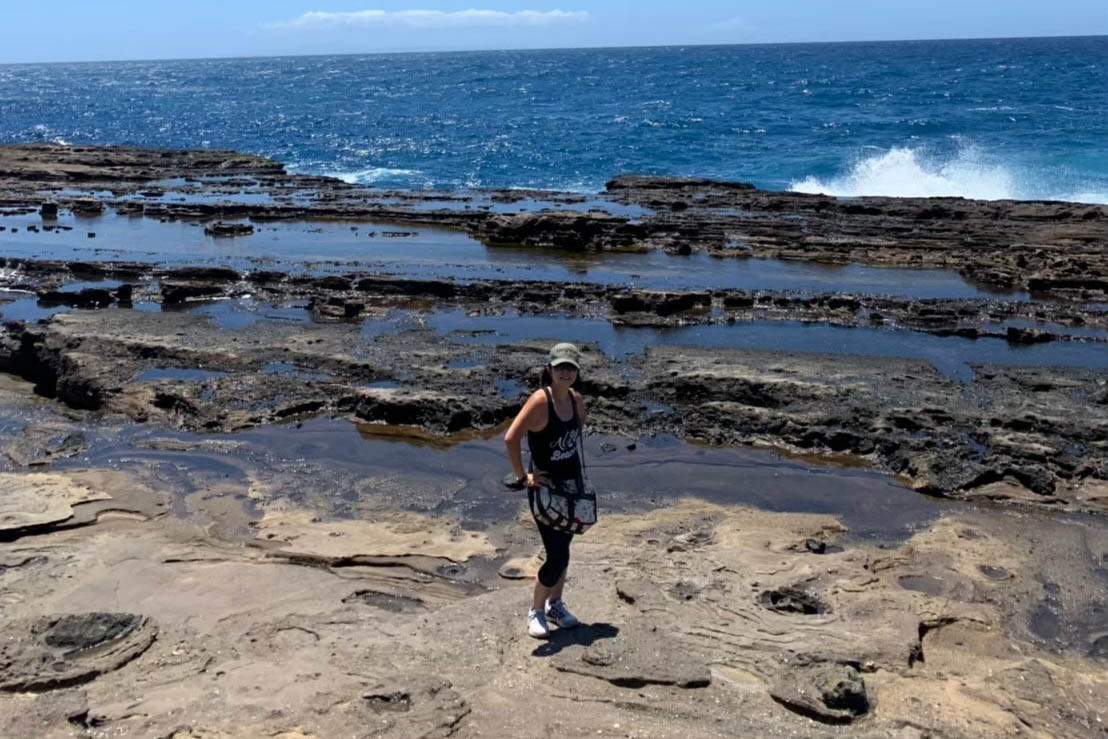 Shizuka hails from Okinawa but has spent time away from the island while studying in Kumamoto, Canada and the U.S. She received a Bachelor’s degree in Business Administration from Washington State University Pullman, and has since worked at the US Naval Hospital in Okinawa, Unum Insurance in Chattanooga, Tennessee, and has worked at OIST for the past 10 years. Outside of the office, Shizuka enjoys performing Hawaiian Hula dance, CrossFit, and is currently learning how to play golf.