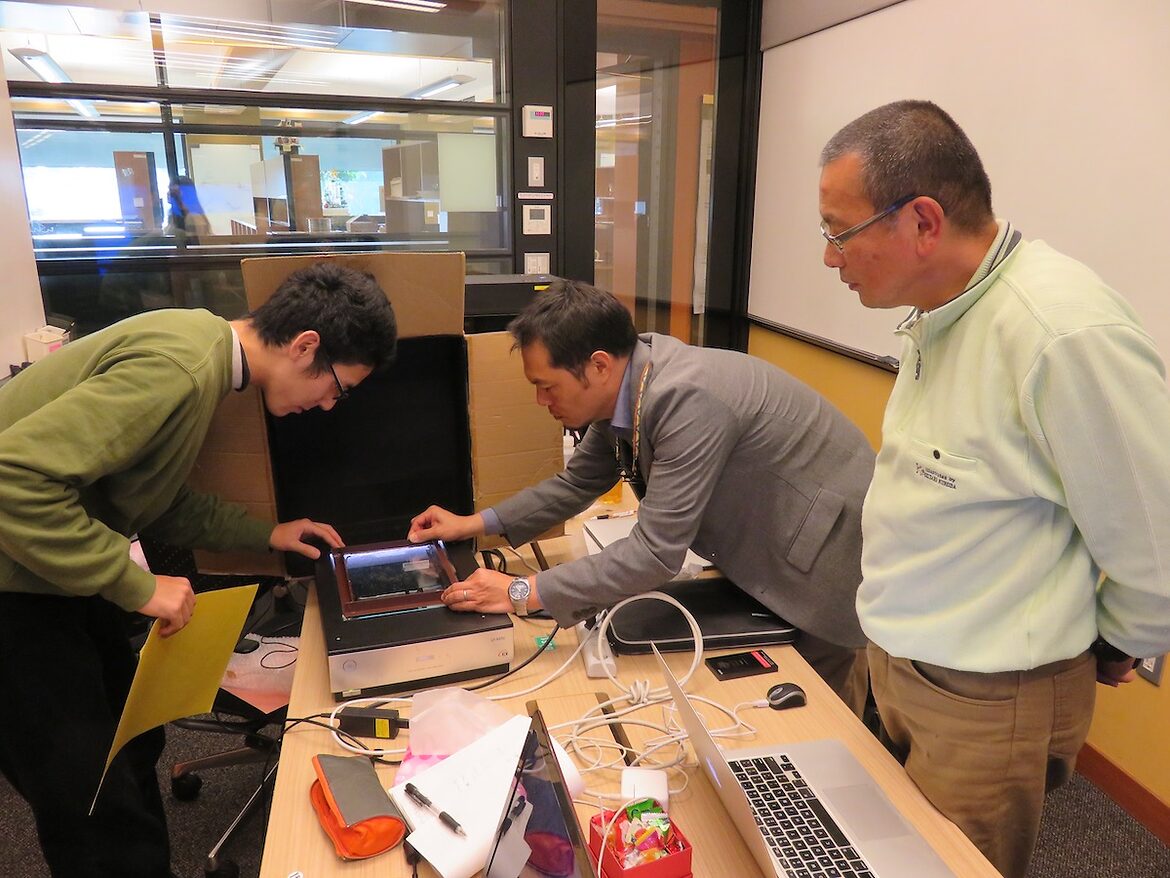 At the beginning, we were having hard times in counting the number of insect individuals captured in SLAM traps.
The collembolan, which accounted for more than a half of the insects caught in traps, was our formidable foe.
Prof. Hidetoshi Ikeno and Graduate student Kazutoshi Goto at Graduate School of Human Science and Environment, the University of Hyogo launched a dream project to save us – the development of an automatic counting system for collembolan samples. Even after they completed the system, they kept improving.
They visited OIST for the first time in a while to share their achievements with us and run tests, which resulted in further progress on this project including the improvement of the learning program.
Goto is going to present a poster about their achievements at the Japan Forest Society Annual Meeting in March.