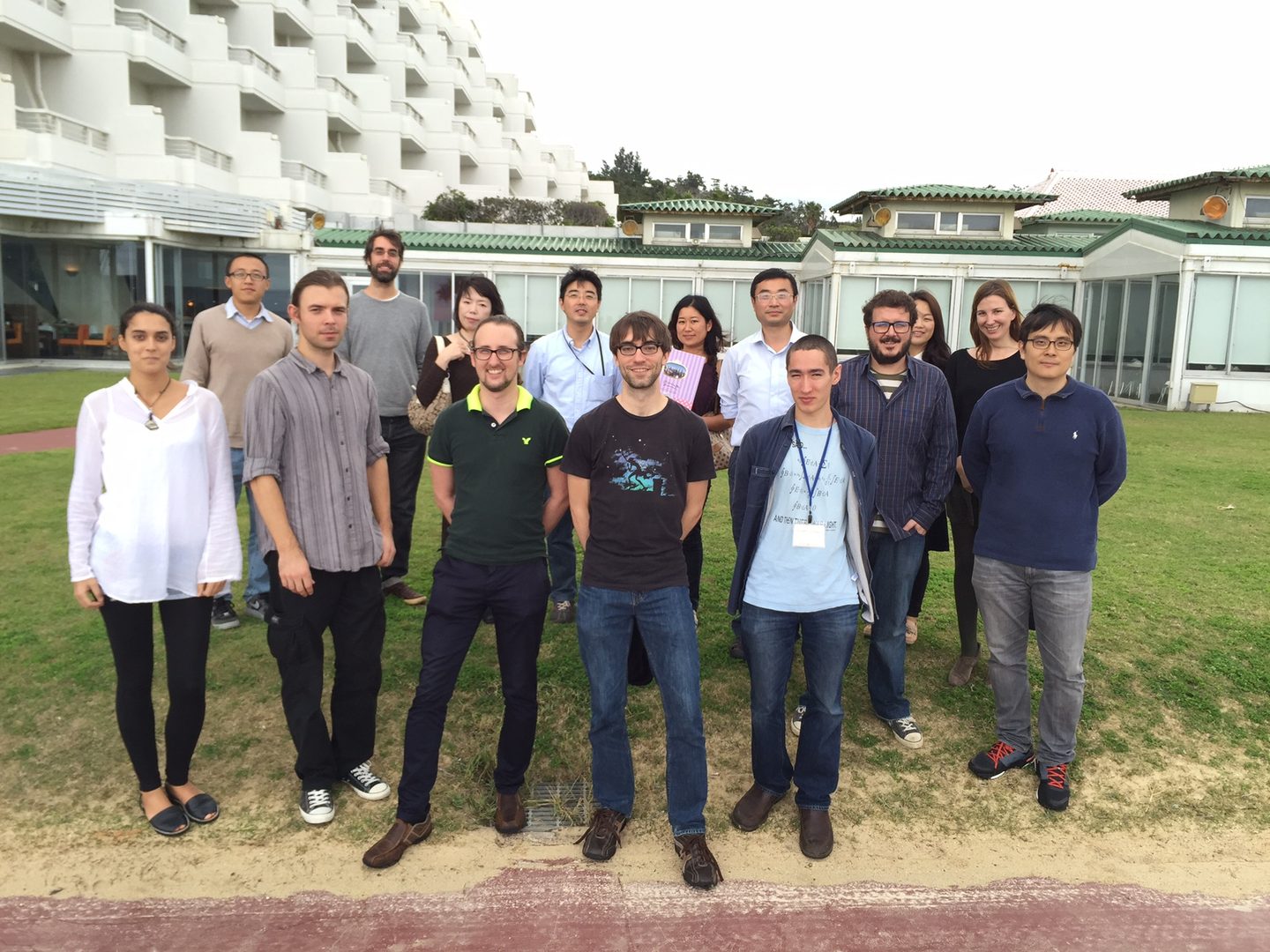 Currently, crystalline silicon solar cell is still dominating the photovoltaic market. The highest solar energy-to-electricity conversion efficiency for crystalline Si cells is around ~25%, but the process to fabricate crystalline Si cells is energy-intensive, which makes the overall cost significantly higher than conventional energy supply (e.g. fossil fuels) and payback time very long (typically > 10 years). On the other hand, perovskite solar cells have recently emerged as a promising candidate for the next generation high efficiency solar cell technology that is compatible with low cost and large-area fabrication. Efficiencies exceeding 20% have been already reported. At the current research stage, however, further improvements are still needed. In particular, development of protocols to make such a technology applicable to industrial-scale is of paramount importance. In addition, lifetime is a major issue and its understanding is largely elusive at present. The third main issue concerns the continuous utilization of electricity generated from this intermittent renewable source (solar energy). Development of efficient electrical energy storage systems (e.g. batteries) will play a vital role in the future use of solar energy. These three aspects constitute the backbone for the research in my Unit.

The stability of solar cells under storage and operation conditions is an important factor in determining the potential for commercial deployment as new photovoltaic technology. Despite all the superb properties of perovskite material, the reported data on the lifetime and degradation mechanisms of fabricated perovskite-based solar cells under operation conditions are limited, although degradation of the perovskite layer induced by ambient air/moisture, temperature and light exposure is evident. However, the degradation mechanism within the device is not well understood. Also, a perovskite solar cell contains several layers, all of which may play a role in the cell stability. For example, little attention has been given to the adjacent electron- and hole-transport layers (ETL and HTL) as well as top-electrode contacts (e.g. Ag, Al, etc.), which might fail faster than the active layer itself. Because in the majority of the perovskite solar cells, the HTL is the top-most layer (i.e. in direct contact with ambient air), the investigation of the physico-chemical property changes induced by air exposure on the HTL is important and need to be investigated systematically (humidity, temperature, and light intensity). 2,2’,7,7’-tetrakis(N,N-di-p-methoxyphenylamine)-9,9’-spirobifluorene (spiro-MeOTAD) is the most widely used HTL in current high performance solid-state cells, mostly due to its high stability (glass-transition temperature Tg = 121 °C), high solubility, and amorphous nature. We have found out that the HTL’s conductivity as well as interfacial energy levels are sensitively affected by the air exposure (O2 and/or H2O). In addition, these as-prepared spin coated films of spiro-MeOTAD showed a high density of pin-holes, which are detrimental for the underneath perovskite layer by facilitating the diffusion of H2O molecules inwards and attacking the perovskite layer. 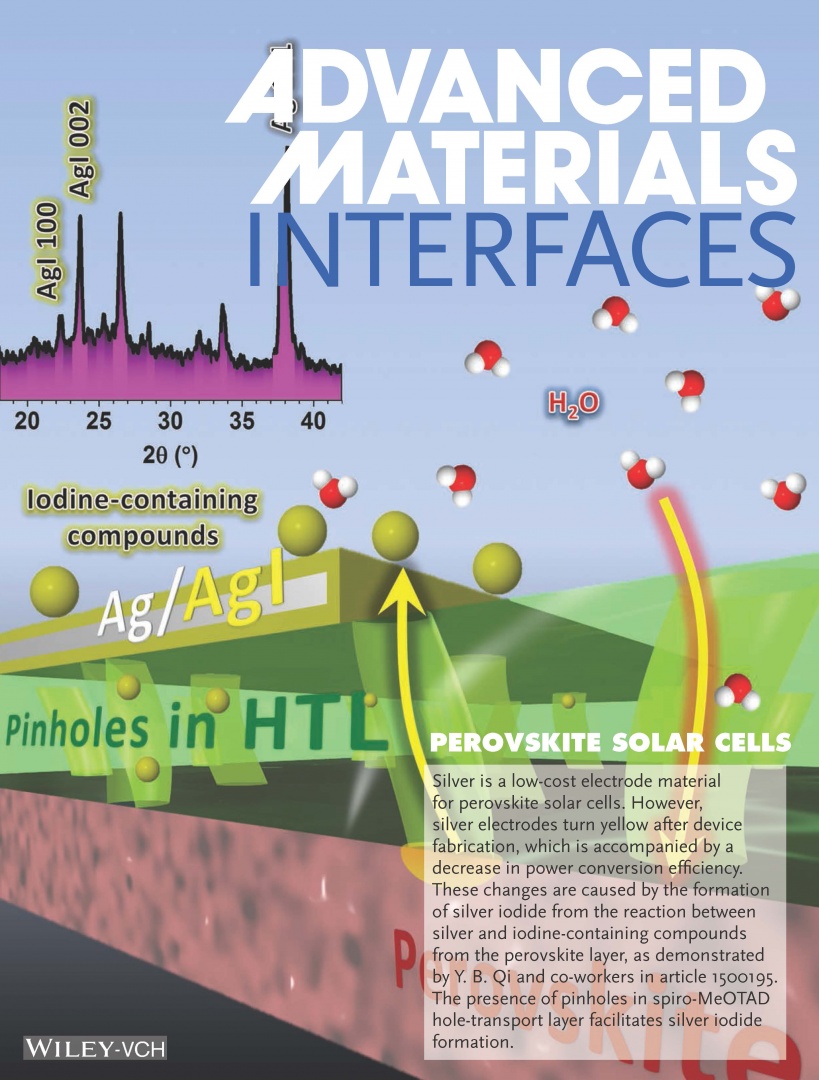 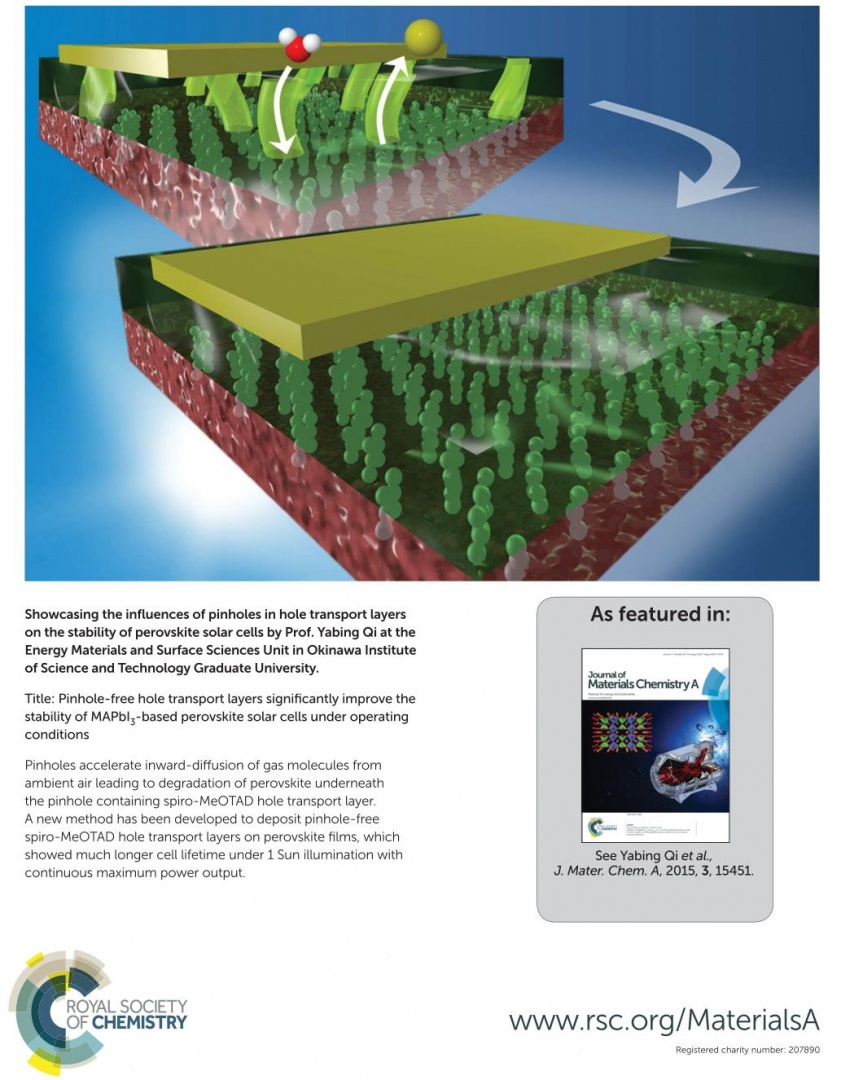 Figure 1: (Left cover page) Silver is a low-cost electrode material for perovskite solar cells. However, silver electrodes turn yellow after device fabrication, which is accompanied by a decrease in power conversion efficiency. These changes are caused by the formation of silver iodide and iodine-containing compounds from the perovskite layer. The presence of pinholes in spiro-MeOTAD hole transport layer facilitates silver iodide formation. (Right cover page) showcasing the influences of pinholes in hole transport layers on the stability of perovskite solar cells.

Organometal halide perovskites (OHPs) are currently under the spotlight as promising materials for new generation low-cost, high-efficiency solar cell technology. Within a few years of intensive research, the solar energy-to-electricity power conversion efficiency (PCE) based on OHP materials has rapidly increased to a level that is on par with that of even the best crystalline silicon solar cells. However, there is plenty of room for further improvements. In particular, the development of protocols to make such a technology applicable to industry is of paramount importance. Vapor based methods show particular potential in fabricating uniform semitransparent perovskite films across large areas. In this article, we review the recent progress of OHP thin-film fabrication based on vapor based deposition techniques. We discuss the instrumentation and specific features of each vapor-based method as well as its corresponding device performance. In the outlook, we outline the vapor deposition related topics that warrant further investigation. 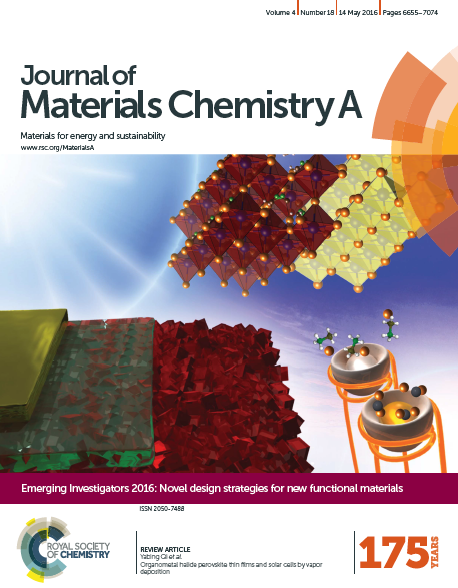 Organic−inorganic perovskite is a promising class of materials for photovoltaic applications and light emitting diodes. However, so far commercialization is still impeded by several drawbacks. Atomic-scale effects have been suggested to be possible causes, but an unequivocal experimental view at the atomic level is missing. Here, we present a low-temperature scanning tunneling microscopy study of single crystal methylammonium lead bromide CH3NH3PbBr3. Topographic images of the in situ cleaved perovskite surface reveal the real-space atomic structure. Compared to the bulk we observe modified arrangements of atoms and molecules on the surface. With the support of density functional theory we explain these by surface reconstruction and a substantial interplay of the orientation of the polar organic cations (CH3NH3)+ with the position of the hosting anions. This leads to structurally and electronically distinct domains with ferroelectric and antiferroelectric character. We further demonstrate local probing of defects, which may also impact device performance.

Figure 3: Topography image of atoms of the perovskite crystal and calculated images with position of atoms and molecules indicated.

Solution processable perovskite solar cells traditionally use CH3NH3I solid powder as one of the two precursors that requires solvation into a solution and a spin-coating step; the resulting films need post- annealing (~1 h) for complete conversion to CH3NH3PbI3. Here we describe for the first time the formation of stoichiometric perovskite in ambient air by exposing PbI2 films to a simple CH3NH2 gas precursor (as opposed to CH3NH3I solid powders). The reaction completes within a few seconds forming complete-coverage perovskite films with a roughness of 2 nm. The non-stoichiometric reaction produces Pb oxides as by-products, which are reconverted by further HI gas exposure. With combined measurements of the thin film crystal structure, chemical state, and absorption properties, we elucidate the chemical reaction mechanisms underlying these gas-induced processes. Fabricated solar cell devices show an efficiency of 15.3%, which remains almost the same after 133 days. Such a gas-induced reaction also enabled the successful preparation of high quality perovskite films with a size of 100 cm2. 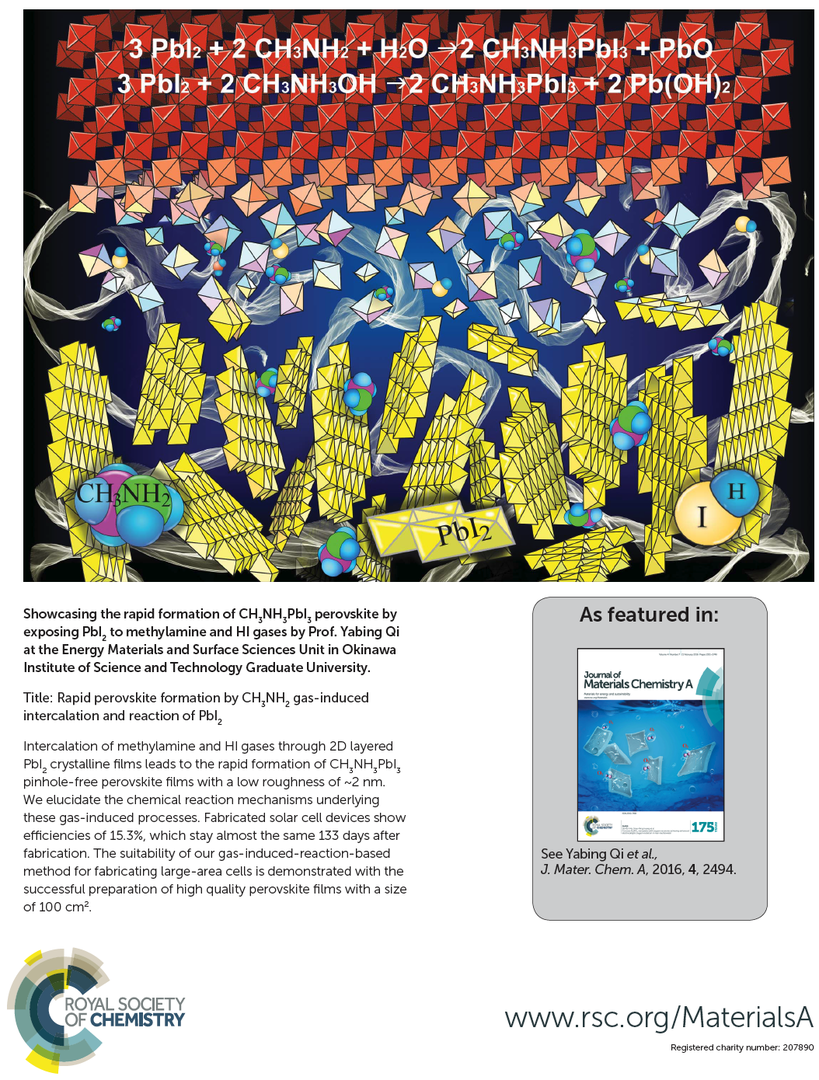 Figure 4: Showcasing the rapid formation of CH3NH3PbI3 perovskite by exposing PbI2 to methylamine and HI gases.