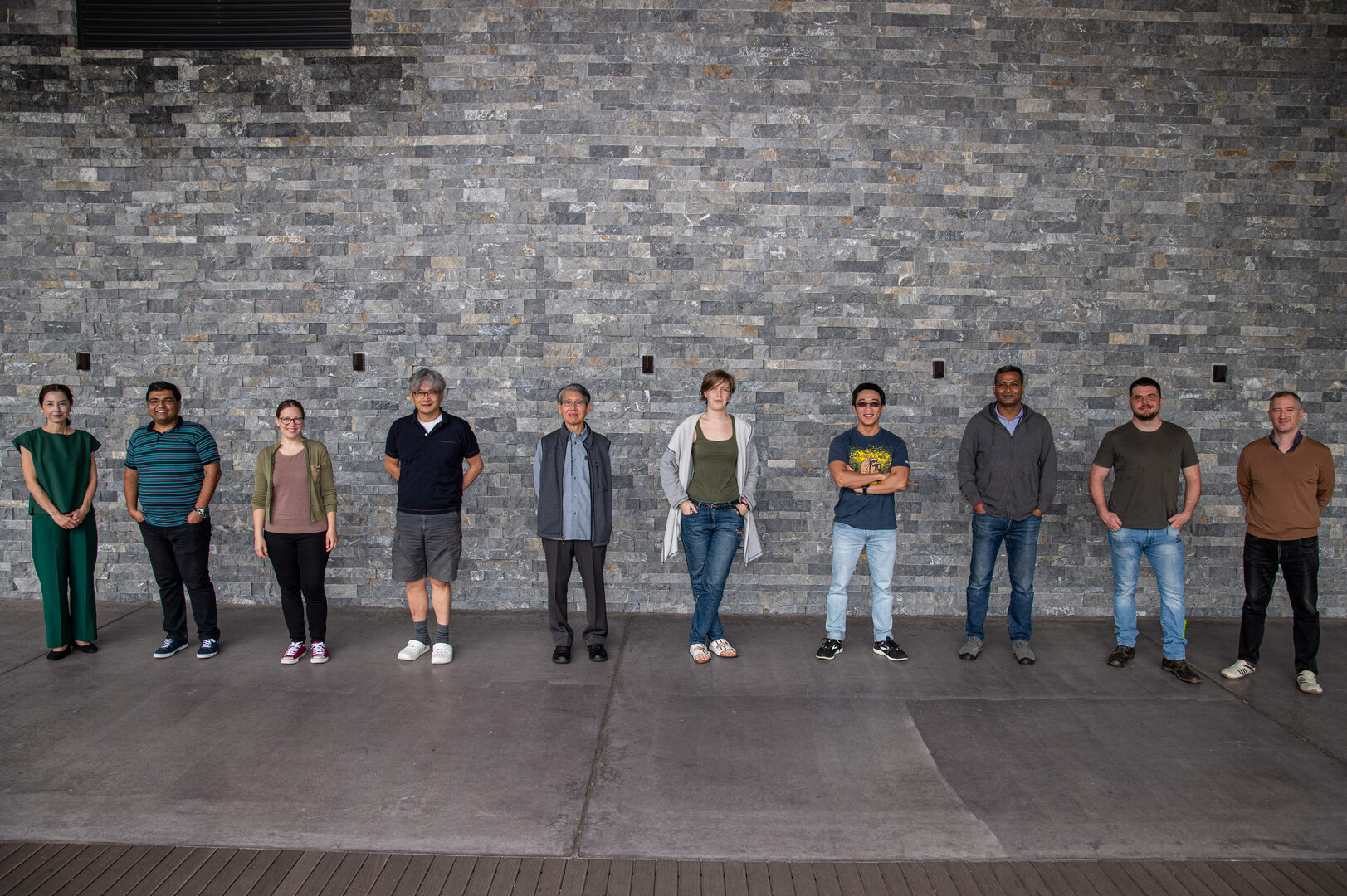 In the presynaptic terminal, neurotransmitters are released from synaptic vesicles (SVs) by exocytosis. After exocytosis, SV membranes are retrieved by endocytosis and new SVs are refilled with neurotransmitters. Refilled SVs are transported to the release sites and reused for neurotransmission. This SV recycling is indispensable for the maintenance of synaptic transmission supporting a variety of brain functions. It can therefore be a target of various neuronal diseases. In this FY, we have established a new method called high-resolution (UD) proteomics (Taoufiq et al, 2020, PNAS), by which more than 1000 SV proteins were newly identified. Among many protein kinases present in SV fraction, AP2-associated kinase (Aak1) was the most abundant one with a copy number/SV of 1.5. To identify the functional role of Aak1 in presynaptic terminals, we performed Lentivirus shRNA knockdown of Aak1 in hippocampal neurons in culture in parallel with pharmacological block of Aak1 activity using a specific antagonist at the calyx of Held in slice. These experiments revealed that Aak1 plays essential roles both in SV endocytosis and following SV transport. Using this UD proteomics, we are presently clarifying regulatory roles of renin receptor as an accessory protein of vacuolar ATPase (Taoufiq et al, in preparation). We have also started applying the UD proteomics to glutamatergic neurons in culture differentiated form iPSCs derived from psychiatric patients and intact humans as an OIST POC program.
In FY 2020, we have also established a synaptic dysfunction model using the calyx-type synapse in culture (Dimitrov et al, 2015 J Neurosci), where endogenous α-synuclein or tau is upregulated by chronic treatment with human α-synuclein or tau protein protofibrils, simulating trans-synaptic propagation of the pathogenic proteins. So far, we confirmed results of α-synuclein loading experiments in slice (Eguchi et al, 2017 J Neurosci) , by reproducing endocytic inhibition caused by new microtubule assembly (Dimitrov et al, in preparation). Together with our slice model, this culture seeding model will constitute a platform upon which effective therapeutic tools against synaptic dysfunctions are discovered to be tested for whole-animal models of neuronal diseases.

Present proteomic analyses have a limited capability for detecting proteins of low abundance or distinguishing those structurally similar. To break through this limit, we have elaborated a workflow prior to mass spectrometry (MS) analysis by increasing steps of enzymatic digestion of proteins followed by the multi-dimensional peptide separation techniques ERLIC (Figure 1). 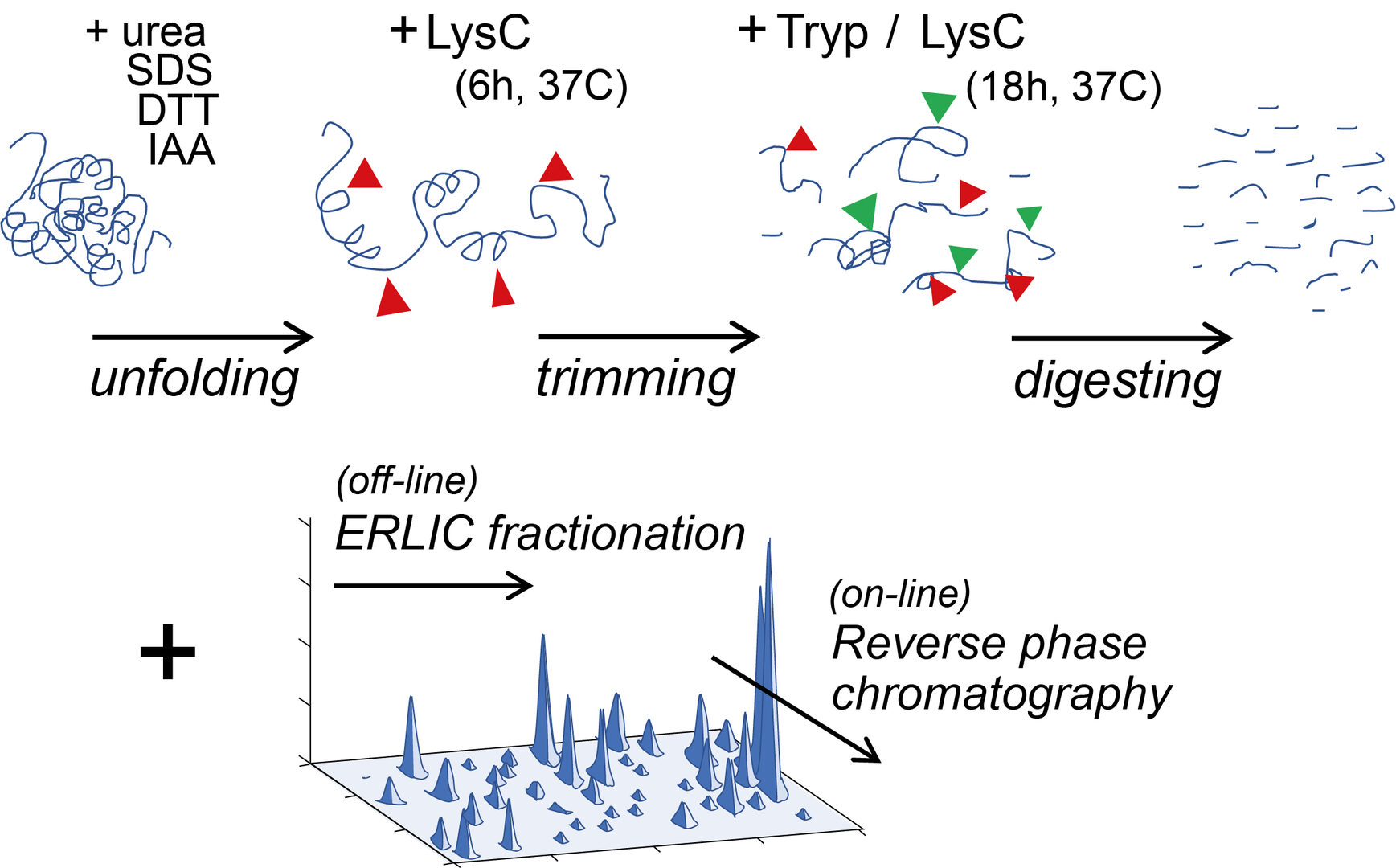 This new workflow method has provided greater number of peptide fragments (unique peptides) to be used as tools for the MS-based protein identification. Figure 2 illustrates an example of the unique peptide profile utilized for identification of the presynaptic active zone protein Piccolo. In a previous proteomics workflow (Takamori et al, 2006) only one unique peptide was obtained for the protein identification, whereas many unique peptides became available in our new workflow. With many unique peptides from individual proteins at hand, our UD method showed a remarkable resolution for detecting previously hidden proteins. Using the synaptic vesicle (SV) fraction of the rat whole brain as a starting material, we have eventually detected 1,466 proteins, which outnumber the previous record (409 proteins: Takamori et al, 2006) by more than 3 times. As an example of this improvement, from synaptotagmin (Syt) subfamily, 9 proteins were newly detected in addition to previous 5 proteins. 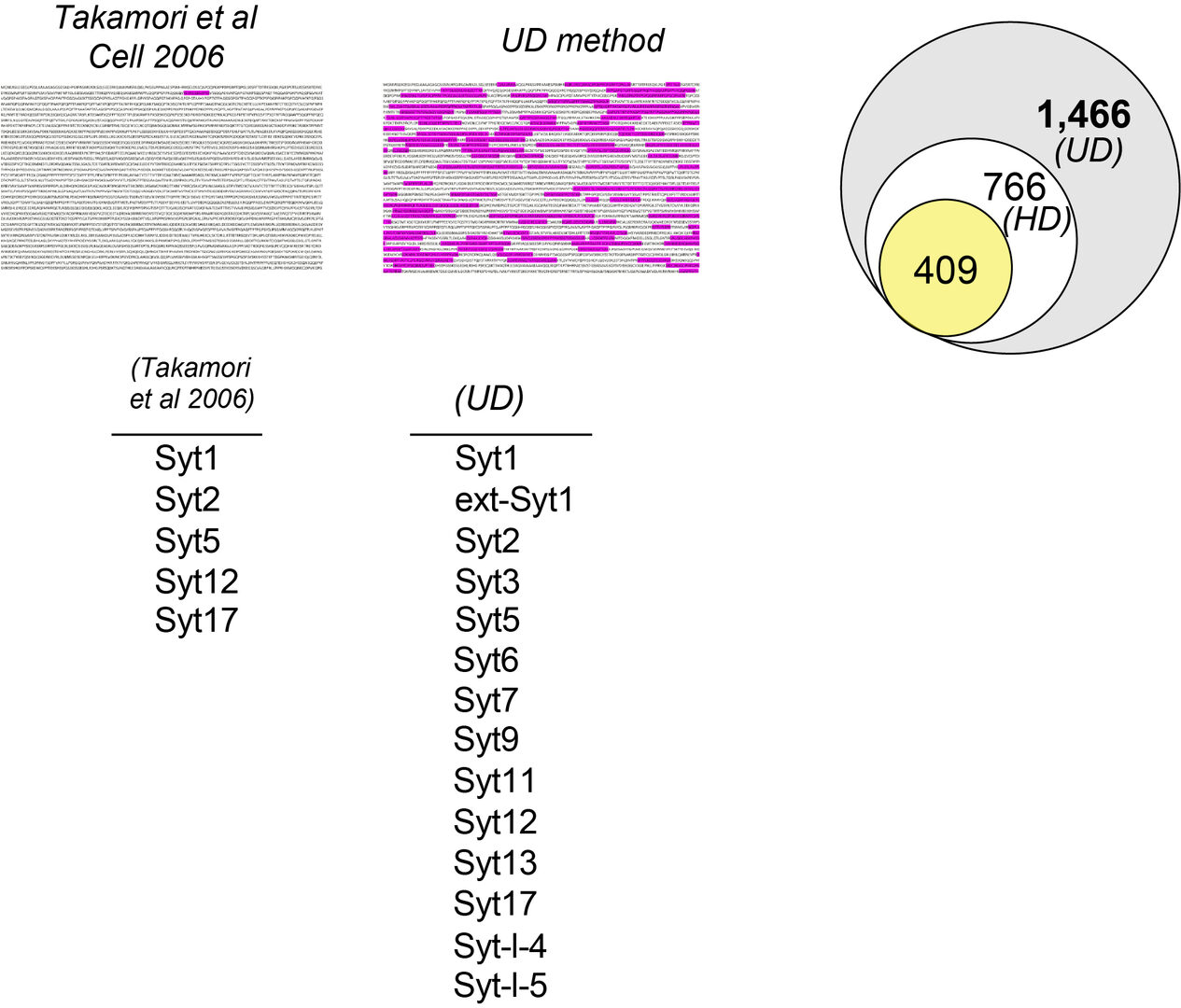 The quantities of 1466 SV proteins expressed in SV fraction vary by 104-fold as illustrated in the abundance score graph in Figure 3. Detailed quantitative information on individual SV proteins was listed and provided as an Excel database (Dataset S1). Copy number per SV was calculated for typical proteins to give rough estimates for other SV proteins in the abundance score. Many low abundance proteins, presumably present in a subset of synapses or SVs, are now revealed and quantified. 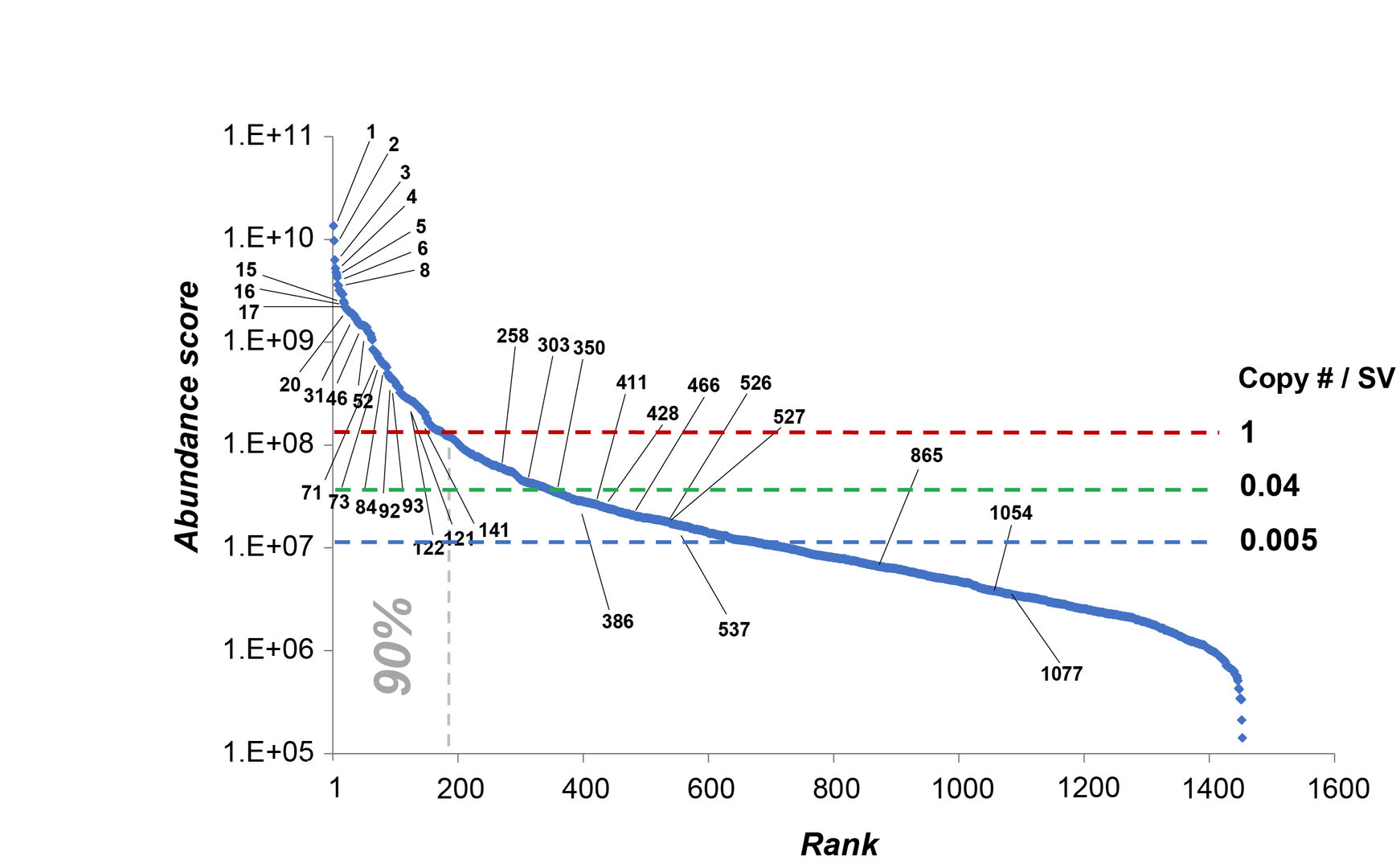 SV fraction is reportedly > 90% pure with respect to synaptophysin expression. Electron microscopic examinations also indicate uniform SV structure with a diameter of 40-50 nm. Synaptosomal fraction (P2’) is enriched with proteins from presynaptic, postsynaptic and synaptic cleft structures. Quantification on the relative abundance of a given protein in SV vs P2’ fractions provides a clue as to the localization preference of the protein in one of the fractions. We set a criterion of SV/P2’ >2 to classify an SV resident protein, whereas other SV proteins are classified as visitors, interacting with SVs only transiently (Figure 4). 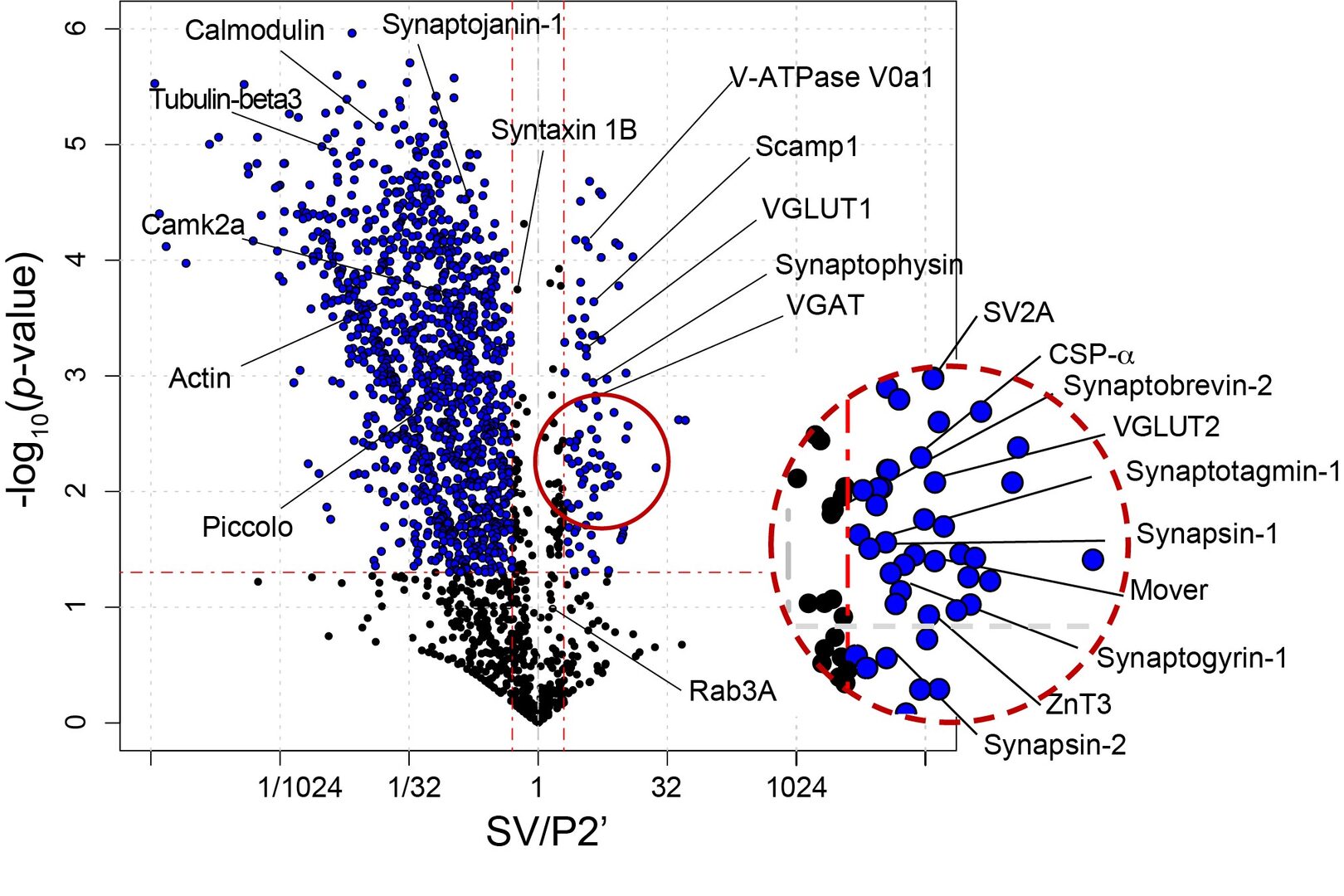 Among SV resident proteins, AP2-associated protein kinase 1 (Aak1) is the most abundant kinase with a copy number/SV estimated as 1.5. Lentiviral shRNA knockdown (KD) of Aak1in hippocampal cell culture successfully reduced Aak1 expression below 5% (Figure 5). EPSCs recorded from hippocampal neurons underwent a short-term depression (STD) during a train of repetitive stimulation at 20 Hz. The magnitude of STD was significantly greater in Aak1-KD neurons. Cumulative EPSC histograms during STD indicated a significant reduction in the size of readily releasable SV pool (RRP) at Aak1-KD synapses. However, there was no difference in the release probability. As a result of RRP reduction, the synaptic efficacy represented by the first EPSC amplitude was reduced after Aak1-KD. These results imply a role of Aak1 in the SV recycling, but not in exocytosis. 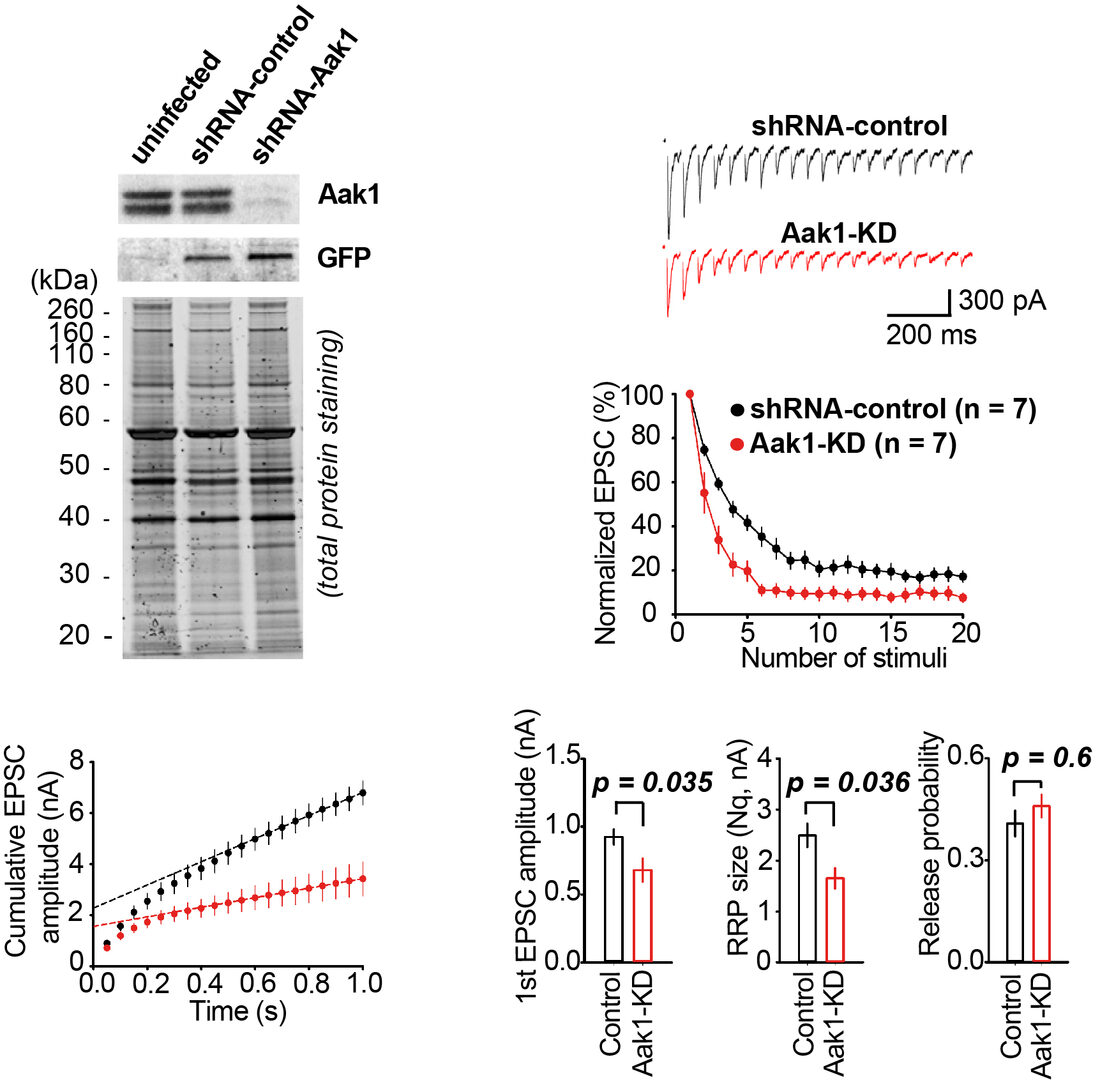 Further, to examine the target Aak1, we performed pHluorin assay for monitoring SV acidification kinetics. In this method, SVs are labeled by transfecting a pH-sensor dye conjugated to an SV transmembrane protein. This dye gives light signal when acidic SV internal is neutralized upon SV exocytosis, whereas the signal disappears when SVs are re-acidified after endocytosis. As illustrated in Figure 6, Aak1-KD significantly slowed the decay kinetics of PHluorin signal, indicating slowing of the SV re-acidification. Since an Aak1-specific antagonist LP935509 was available, we tested its effect on SV endocytosis at the calyx of Held in slice, where exo-endocytosis were directly measured using membrane capacitance recording from presynaptic terminals. As shown in Figure 6, the antagonist significantly slowed the kinetics of SV endocytosis. These results indicate that Aak1 plays an essential role in SV endocytosis and subsequent SV acidification.

At the calyx of Held, kinetics of recovery from STD represents transport rate of transmitter filled SVs (Lashmi Piriya et al, J Neurosci 2020). We tested whether the Aak1 antagonist affect the recovery from STD. As shown in Figure 7, the Aak1 antagonist clearly prolonged the recovery kinetics. Its inhibitory effect was significant on both fast and slow time constants of recovery from STD. Thus, in addition to SV endocytosis Aak1 plays an essential role for SV transport back to release sites, highlighting its multi-phasic contributions to the SV recycling mechanism. 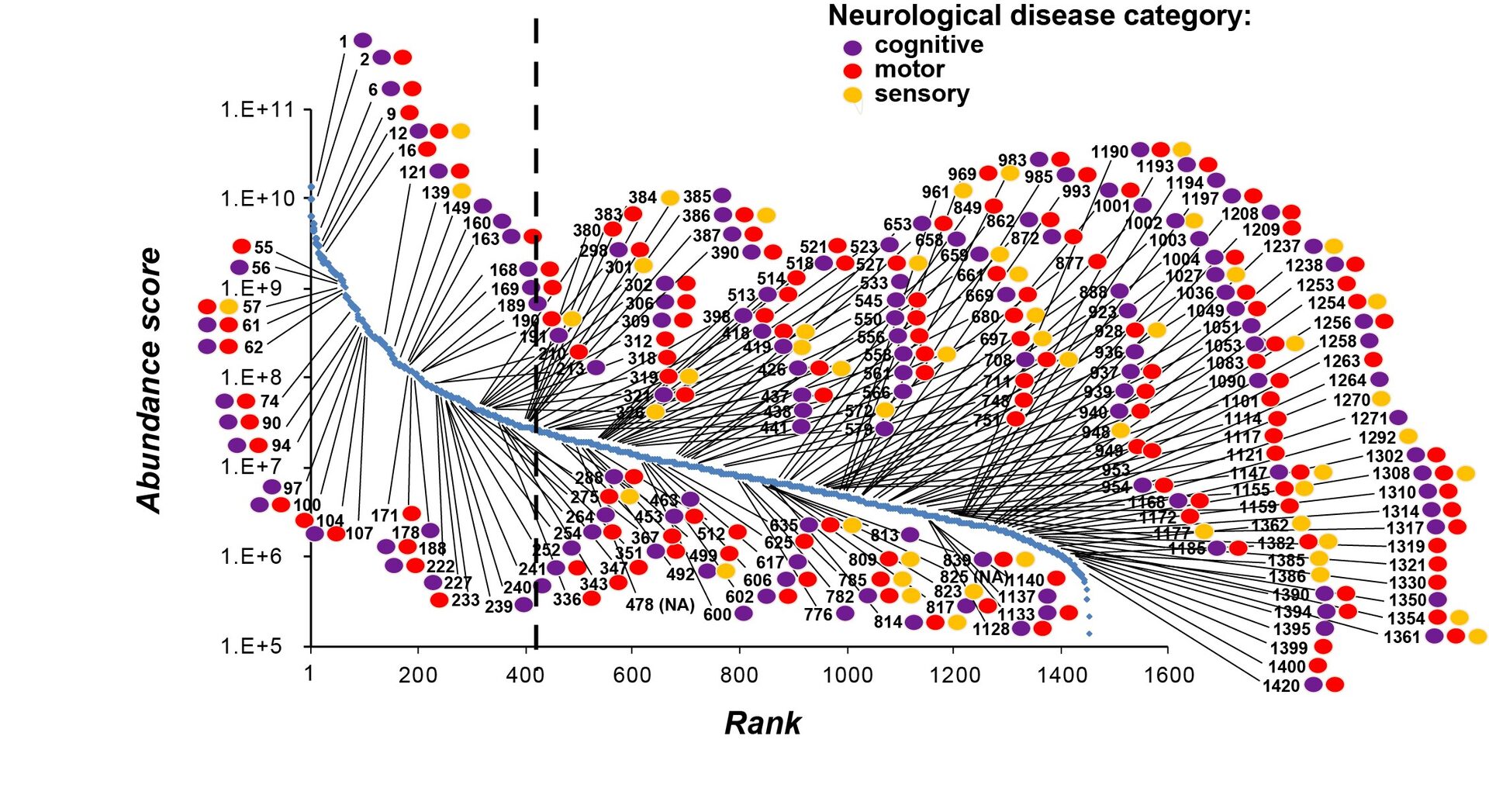 This UD proteomic study has provided a platform upon which a variety of investigations can be initiated. Currently, we are applying this UD method to glutamatergic neurons differentiated from iPSCs derived from psychiatric patients. We are also testing the function of uncharacterized SV proteins using Lentiviral shRNA-KD techniques. The database we provided here will be useful for many researchers investigating molecular mechanisms underlying synaptic functions and dysfunctions.