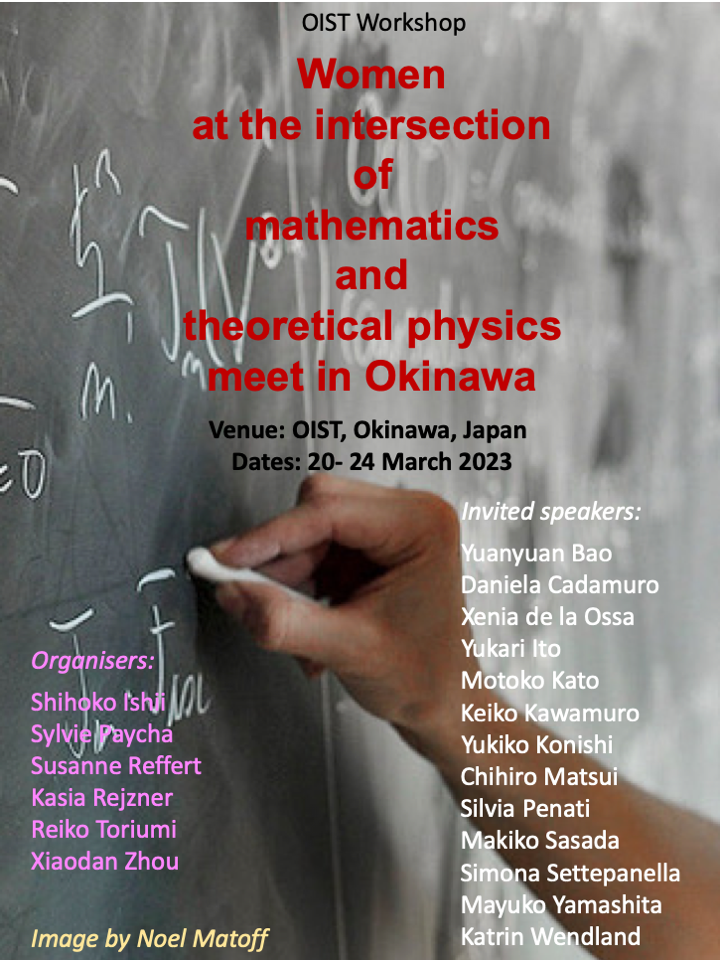 Whereas in the early 20th century, physicists would typically turn to mathematicians for technical advice, these later strongly benefitted from the advances of quantum field theory and string theory as can be seen from various standing mathematical conjectures motivated by physics. The links between physics and mathematics have become so strong, that some fields of research have developed at the very threshold between these disciplines, where distinguishing between the mathematical and physical input has become artificial if not impossible. This meeting will be the fifth of a series of meetings that have brought together women mathematicians and physicists working in these threshold areas, aimed at identifying new trends of research at the frontier between mathematics, quantum field theory and string theory and exploring how they intertwine.

This particular meeting aims at creating new bridges between mathematics and physics and strengthening the existing ones, in bringing together women mathematicians and physicists from various horizons. It will thereby contribute to making more visible  women working  in these traditionally male dominated disciplines, in particular junior female scientists and female scientists based in  Japan, where women build a very small minority of the scientific community. The scientific program features researchers at the intersection of mathematics and theoretical physics keeping the identity of the past workshops, geared around transversal topics: topology, integrable models, and dualities and SUSY. The meeting also offers a platform to focus discussions on the women in scientific community in the world and in Japan.

Please apply from the APPLICATION FORM .