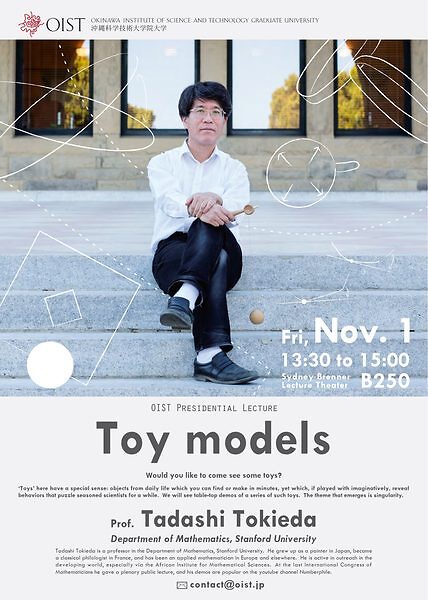 ‘Toys’ here have a special sense: objects from daily life which you can find or make in minutes, yet which, if played with imaginatively, reveal behaviors that puzzle seasoned scientists for a while.  We will see table-top demos of a series of such toys.  The theme that emerges is singularity.

Tadashi Tokieda is a professor in the Department of Mathematics, Stanford University.  He grew up as a painter in Japan, became a classical philologist in France, and has been an applied mathematician in Europe and elsewhere.  He is active in outreach in the developing world, especially via the African Institute for Mathematical Sciences.  At the last International Congress of Mathematicians he gave a plenary public lecture, and his demos are popular on the youtube channel Numberphile.