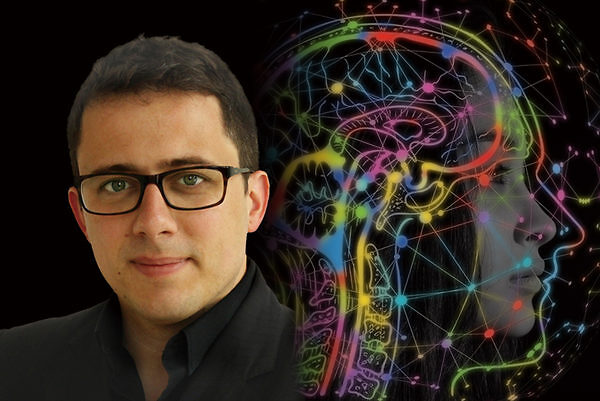 The mapping of neuronal connectivity is one of the main challenges in neuroscience. Only with the knowledge of wiring diagrams is it possible to understand the computational capacities of neuronal networks, both in the sensory periphery, and especially in the mammalian cerebral cortex. Our methods for dense circuit mapping are based on 3-dimensional electron microscopy (EM) imaging of tissue, which allows imaging nerve tissue at nanometer-scale resolution across substantial volumes, extending to more than one millimeter on the side. The most time-consuming aspect of circuit mapping, however, is image analysis; human contributions to analysis time far exceeds the time needed to acquire the data. Therefore, we are developing methods to make circuit reconstruction feasible by increasing analysis speed and accuracy, using a combination of human-machine interaction and artificial intelligence. We are applying these methods to neuronal circuits in the mammalian cerebral cortex in order to extract algorithmic properties of cortical circuits, quantify connectomic traces of experience, and study the alterations of cortical circuits over development, evolution, and in models of psychiatric disease.

Born in Berlin in 1978, Moritz studied medicine and physics in Heidelberg, where he also completed his doctoral thesis with Nobel laureate Bert Sakmann at the Max Planck Institute in Heidelberg, Germany, followed by post-doctoral work with Winfried Denk.

Additional appointments include professor by special appointment at Radboud University, Nijmegen, Netherlands (since 2016), Perspective Committee of the Biomedical Section of the Max Planck Society (since 2017), Scientific Advisory Board of the Biomedical Big Data initiative, Chinese Academy of Sciences, Shanghai (since 2018), Research Council of Goethe University, Frankfurt (since 2018), and member of the board of the Peace Prize of the German Book Trade (since 2020).