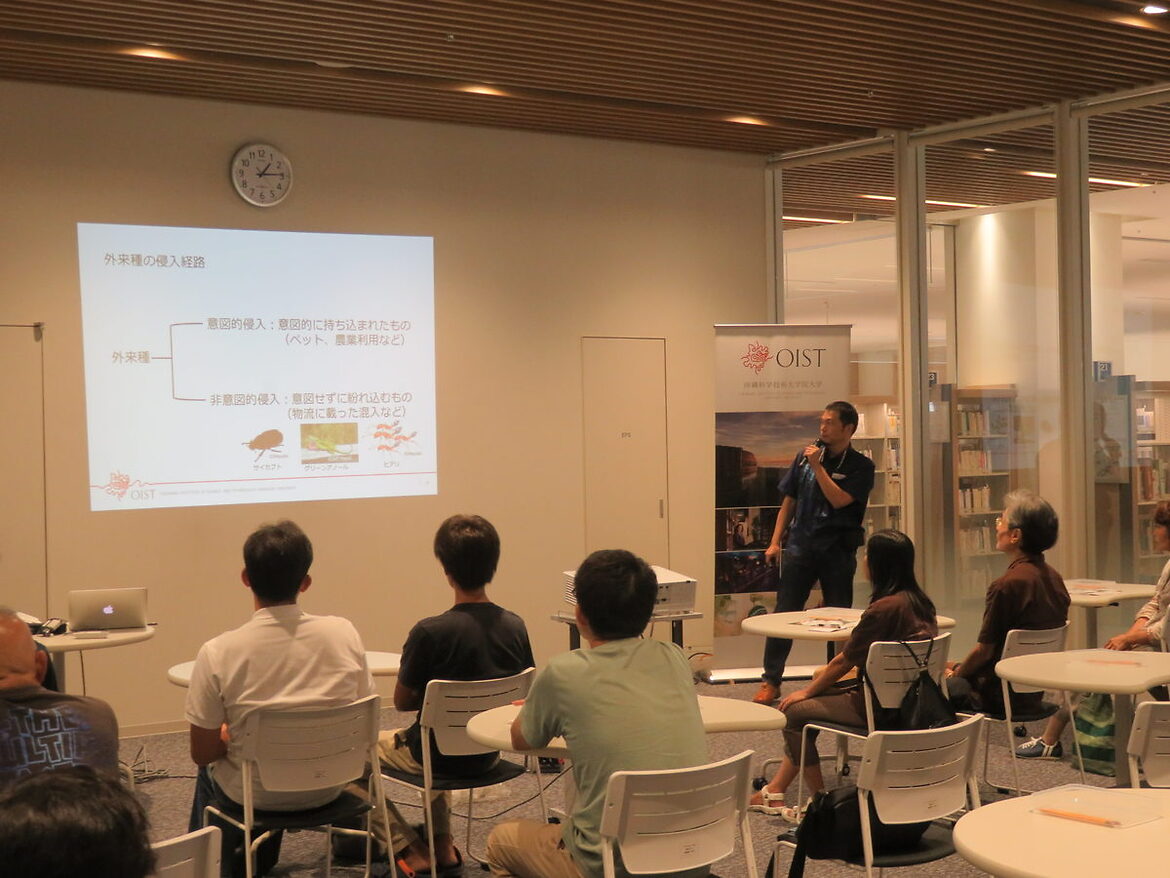 On Sunday, September 22, 2019, a science workshop "The Biodiversity Around Us and Invasive Species " was held at the Okinawa Prefectural Library in Naha City.
Even though it was shortly after the typhoon, some participants visited the library for this event.

Although the library staff were initially hesitant to allow the speaker, Yoshimura, to sing in the library, the staff gave him special permission to perform the song titled “Fire Ant’s Elegy”.
We were delighted to see a beautifully illustrated information board by the library staff which showed Yoshimura playing the guitar.

Thank you all very much for your participation and contributions.