In this project, we focus on ion traps as a hardware to realize a quantum computer and are developing technologies for a fault-tolerant universal quantum computers using ion traps — charged atomic particles confined in space
by electromagnetic force.
In particular, to realize a large-scale system, we use a network created by small ion traps interconnected quantumly by photons.

Future image with contribution of the R&D project

We will establish a technological foundation for arbitrarily increasing the number of quantum bits through photonic interconnections of ion traps, which will build a fault-tolerant quantum computer with high versatility.
With this achievement, our future would change as follows: 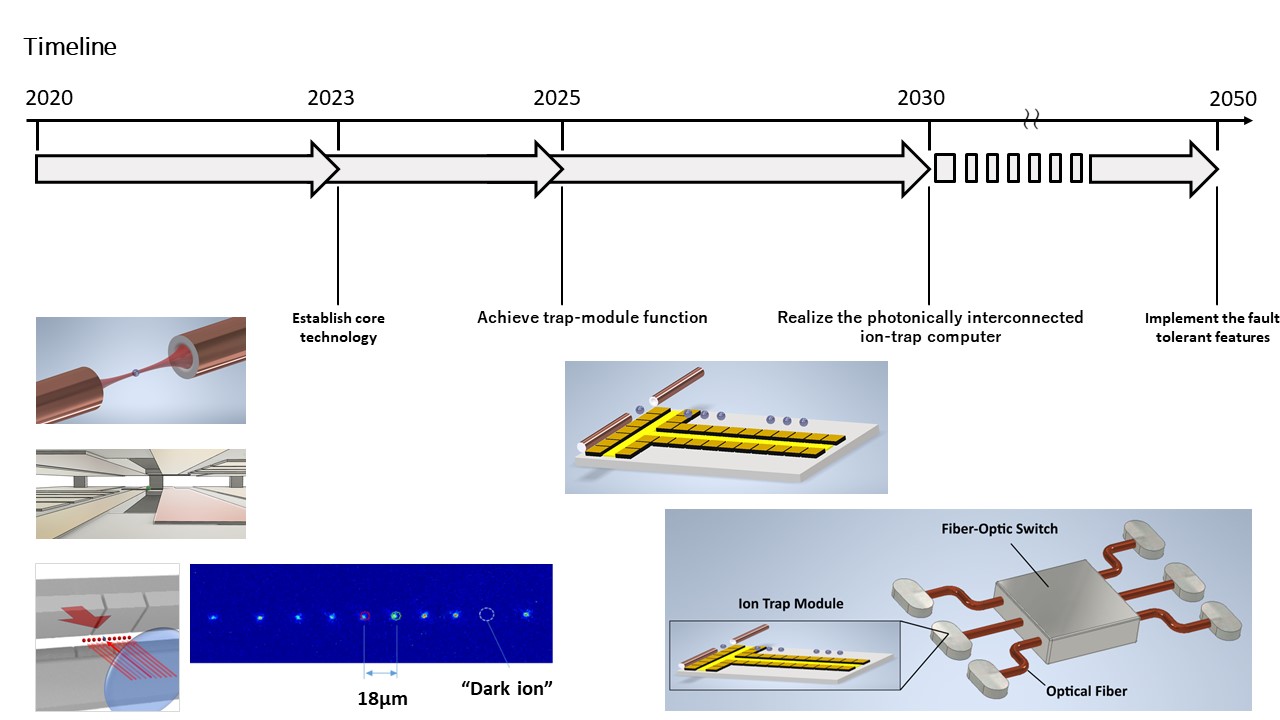 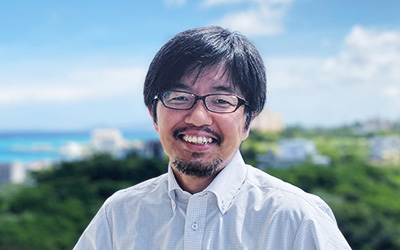 About the Project Manager▶ 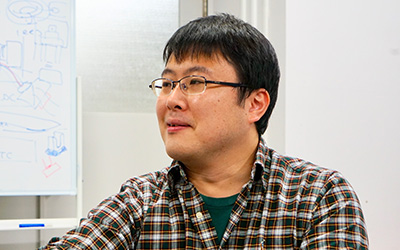 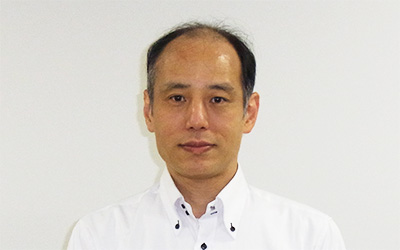 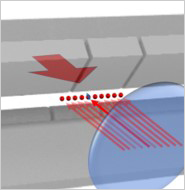 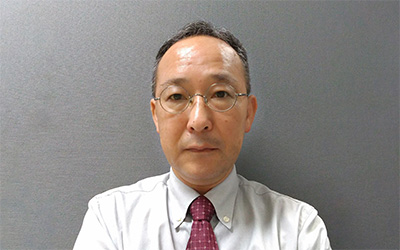 R&D Theme 4-1: Fabrication and Characterization of High-performance Ion Traps
Supplying ion traps to support each sub-project and versatile ion traps to the community. 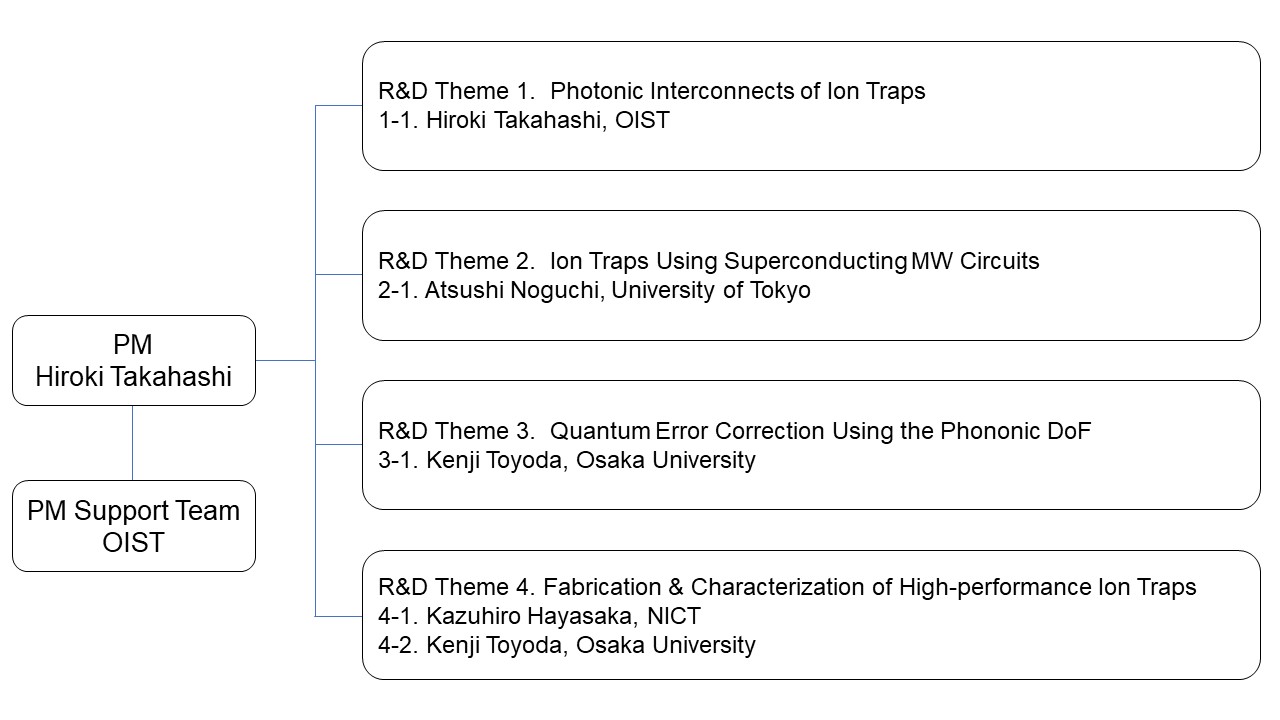 Moonshot Goal 6 "Realization of a fault-tolerant universal quantum computer that will revolutionize economy, industry, and security by 2050." is funded and supported by JST (The Japan Science and Technology Agency).