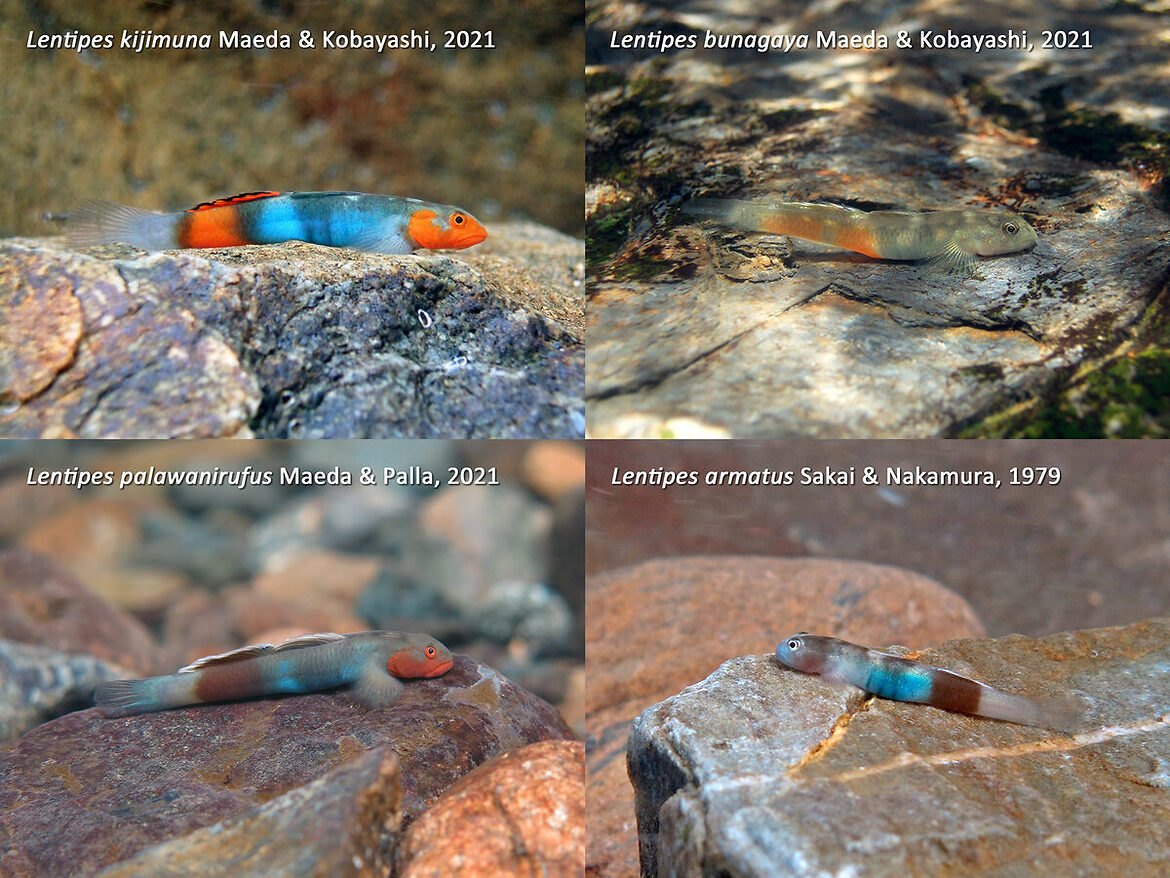 Ken Maeda and Vincent Laudet from Marine Eco-Evo-Devo Unit and coauthors published a paper in the journal, Systematics and Biodiversity.

Three new goby species of the genus Lentipes are described in the paper. They represent sexual dimorphism and dichromatism. The males show brilliant color especially during the courtship, while the females are always with dull color pattern. Their morphologies are almost identical between the species but the males exhibit species-specific color pattern. Color patterns are key features of living organisms and play important role in their survival (camouflage, mimicry) and their social life (recognition of other members of the same species, reproduction, social hierarchies). Identifying the genes that control these pigmentation patterns and the force that control the diversity of patterns will allow to better understand the mechanism of evolution and the birth of new species.

Lentipes gobies are amphidromous, that adults reproduce in freshwater streams and larvae grow in the sea. The larvae could be transported to a remote habitat by ocean currents. Widespread larval dispersal is expected to prevent speciation and reduce endemism. However, Lentipes and its relatives actually harbor a high level of diversity and many species are known to be endemic to small areas. This publication is a significant step to reveal this mystery. But we still have many things to study.