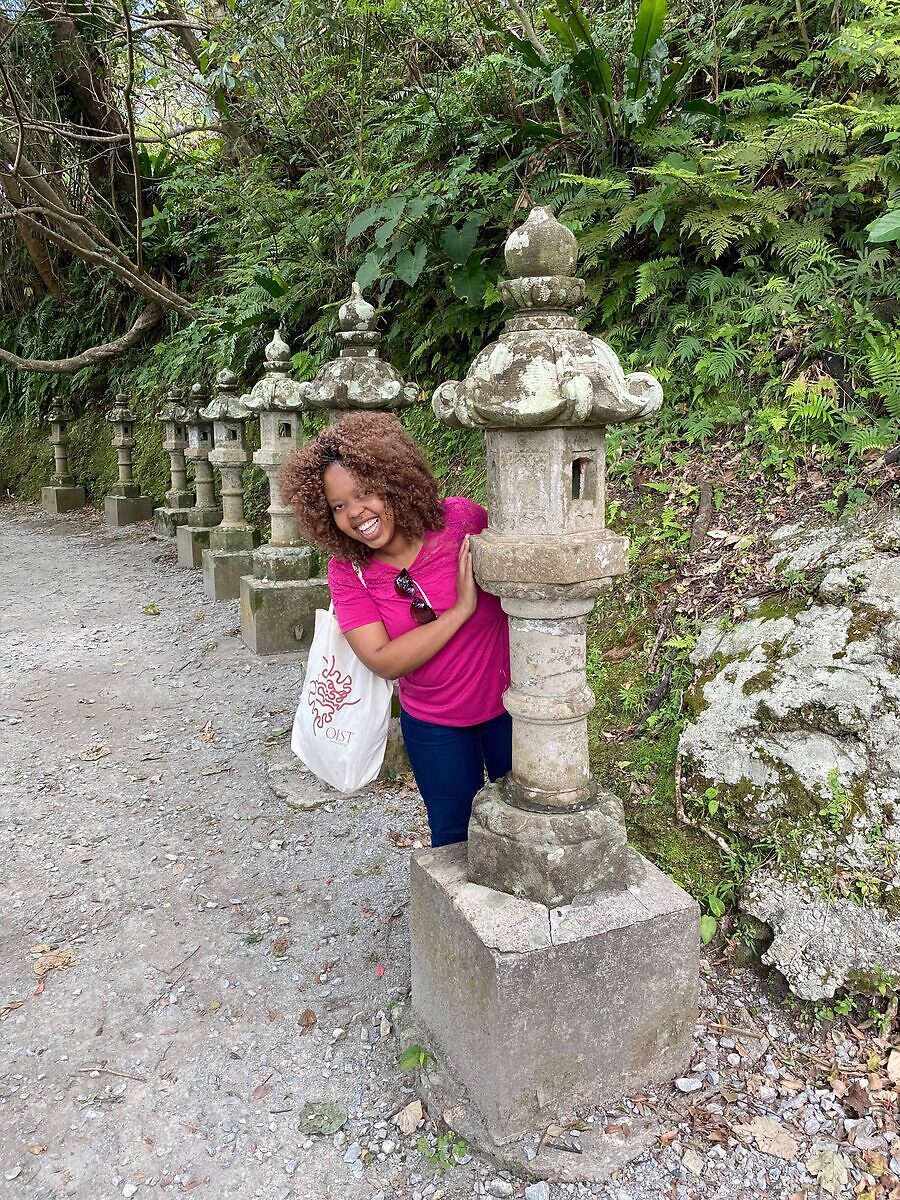 Partly because I was nominated, but mostly because I was really motivated to promote diversity action by OIST through advocacy for targeted recruitment of students from underrepresented countries and regions of the world. I believe that for an institution as young and ambitious as OIST, the moment for laying down the right foundation, one of inclusivity and global presence and representation in science is now. I felt the urge to be the voice of students to raise awareness in areas of our student life that aren’t academic but that affect the academic performance and results immensely. Student Council seemed to me the right platform to discuss these issues and to take a stand and address them on behalf of those who can’t or won’t.

2)     What the position has entailed

So far, I have had the opportunity to work together with Yuuki in Graduate School in preparation for the admissions workshops, specifically in the organization and shooting of the Lab tour videos and the Life in Okinawa videos which became part of the virtual admissions workshop in 2020. I have given presentations to the February intake on Life in Okinawa as well as sat together with the rest of the student council members to discuss with the candidates from the June intake about program questions they had. In June, we held a successful 2-week reflection period followed by an OIST-wide Lunch Talk about Black Lives Matter and the pertinence of the movement given the recent racist killings of Black people by White police officers in the United States of America, which sparked global protests. Here at OIST, the BLM talk has sparked conversations, Parent talks given by members of Ganjuu and follow-up sessions which we are now discussing with the Graduate school and CPR.

Speaking of which, the position has been a lot of meetings so far. To prepare for one idea/event has involved a lot of people all with very different schedules, so this can sometimes make it stressful.

On the other hand, being diversity officer has made people approach me with several issues and ideas which I am able to help with, not only on an individual level but also within groups and clubs. This term we have also celebrated Pride month with a series of events, talks and a Karaokeparty in the end that was really fun.

3)     My personal impressions of the position

So far I am enjoying the role, although, COVID-19 has ruined other plans that the diversity officer and myself had from the beginning. It’s nice to know that what I am doing matters now and also for the next groups of people that will walk through OIST. It doesn’t matter to me that things take time, it matters to me that our ideas are received, and appropriate plans are made in response.

4)     My hopes for the future of this position

For the next months, the diversity representatives and I have planned a series of documentary/movies screenings once a month; these movies are selected to inspire, enlighten and entertain. While we all come here for science research, we are all different and our lives havebeen shaped so differently by the experiences and cultures we come from. The monthly screenings are a way of showing the life of other groups of people in order to build knowledge and understanding of global societies beyond the walls of academia. Topics will have a wide range including but not limited to: Women in Stem, traditional practices, religion, Sexual harassment, sexual orientation, gender identity, racism in science etcWe are already also planning for some big events happening next year where we will be celebrating each other’s heritage through cultural exchange, games and food etc. My hope is that through these big and small activities, OISTers can know each other better, feel more comfortable with one another and appreciate fellow scientists holistically.