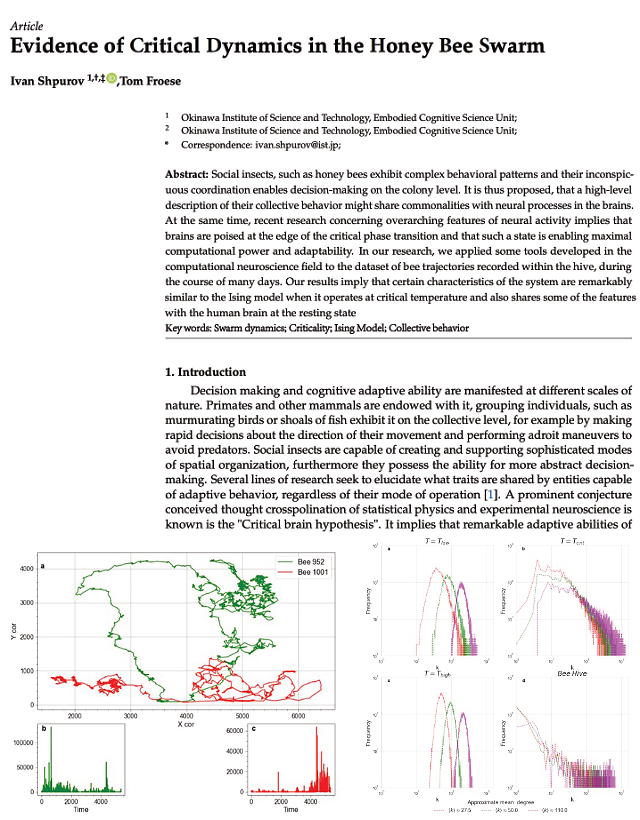 Ivan has been working with bees and he presents his latest work in this new preprint which suggests commonalities between neural activity in the brain and collective behaviour in honey bees.

Evidence of Critical Dynamics in the Honey Bee Swarm

Social insects, such as honey bees exhibit complex behavioral patterns and their inconspicuous coordination enables decision-making on the colony level. It is thus proposed, that a high-level description of their collective behavior might share commonalities with neural processes in the brains. At the same time, recent research concerning overarching features of neural activity implies that brains are poised at the edge of the critical phase transition and that such a state is enabling maximal computational power and adaptability. In our research, we applied some tools developed in the computational neuroscience field to the dataset of bee trajectories recorded within the hive, during the course of many days. Our results imply that certain characteristics of the system are remarkably similar to the Ising model when it operates at critical temperature and also shares some of the features with the human brain at the resting state