Our Unit started in May 2020. We build on previous work where we sequenced the genomes of Denisovans and Neandertals, hominin groups that diverged from modern humans about half a million years ago. Our goal is to identify genetic changes that resulted in phenotypes that differed between modern and extinct hominins.

To identify traits that may have comparatively simple genetic architectures yet influence the biology of modern humans, we focus on metabolic differences. We analyzed the metabolomes of humans, chimpanzees, and macaques and found that metabolites downstream of adenylosuccinate lyase (ADSL), which catalyzes two reactions in purine synthesis, occur at lower concentrations in humans. This enzyme carries an amino acid substitution that is present in almost all humans today but absent in Neandertals. We introduced the modern human substitution into the genomes of mice, as well as the ancestral, Neandertal-like substitution into the genomes of human cells, and found that it causes much or all of the reduction of de novo synthesis of purines in humans. Thus, this metabolic change occurred after modern humans diverged from Neandertals about half a million years ago (ref. 5). 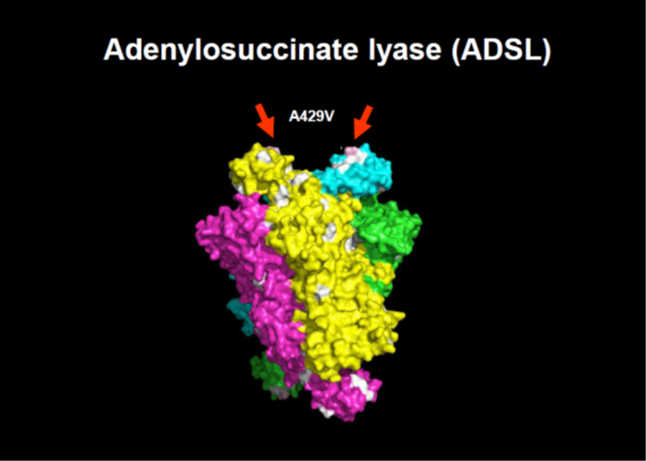 Figure 1: An alanine to valine substitution in the enzyme ADSL resulted in reduced purine biosynthesis in modern humans after their divergence from Neandertals.

Neandertals lived in western Eurasia until about 40,000 years ago. Before they became extinct, they interbred with modern humans and contributed genetic variants to present-day people. We study the effects of such variants to gain insights into their medical and other consequences today.

The sodium channel Nav1.7 is crucial for initiation and conduction of pain signals. In Neandertals, the Nav1.7 protein carried three amino acid substitutions relative to modern humans. We expressed the Nav1.7 proteins carrying all combinations of these substitutions and studied their electrophysiological effects. The Neandertal protein shows reduced inactivation, suggesting that it may cause increased sensitivity to pain. In agreement with this, we find that approximately 0.4% of present-day Britons who carry this Neandertal variant report heightened sensitivity to pain (ref. 2) 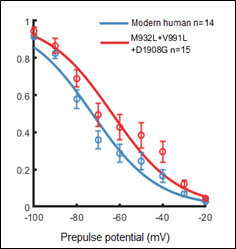 Figure 2: Comparison of Neandertal and modern humans Nav1.7 proteins in human cells. Fraction of current as a function of prepulse potential for the modern human (blue) and Neandertal (red) channel proteins.

The clinical manifestations of COVID-19, the disease caused by the virus SARS-CoV-2, vary from no or mild symptoms to rapid progression to respiratory failure and death. In addition to risk factors such as advanced age, male sex and some co-morbidities, genetic risk factors influence how severely ill you become upon infection with the virus.

We showed that the greatest genetic risk factor for severe COVID-19 on chromosome 3 is derived from Neandertals. It results in more than a doubling of the risk of requiring intensive care when infected and is carried by up to 65% of people in South Asia but is almost absent in China and Japan (ref. 3). Efforts are currently underway to understand the physiological reasons for the increased risk caused by the Neandertal variants on chromosome 3.

We furthermore showed that genetic variants on chromosome 12 that reduces the risk of becoming severely ill by about 20% also come from Neandertals (ref. 4). These variants are distributed more homogeneously in populations outside Africa and are known to affect defense mechanisms against RNA viruses.

In other projects, we are improving methods to detect the SARS-CoV-2 virus in large numbers of individuals (ref. 6). 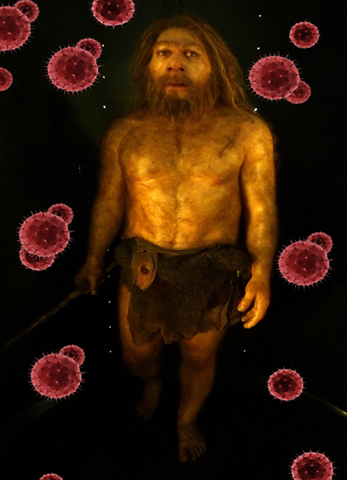 Figure 3: Neandertal genetic variants affect the severity of COVID-19 in both negative and positive ways.