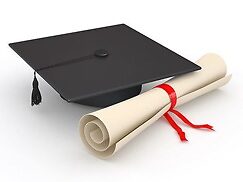 Abstract:
Nervous systems of bilaterian animals generally consist of two cell types: neurons and glial cells. Glia participate in almost every process taking place in the nervous system of bilaterians, indicating a crucial role(s) of glial cells both in neurophysiological functions and for nervous system evolution. Therefore, tracing back the first glia and elucidating its ancestral function is important for understanding the evolution of the nervous system. Histological examinations have not so far revealed any morphological sign of glial cells in Cnidaria, the closest outgroup to Bilateria. This led to the hypothesis that glial cells appeared after the common bilaterian ancestor had branched off from Cnidaria. However, this view has not been well examined at the genetic level. In this work I sought to investigate gliogenic program conservation in non-bilaterian animals, i.e. basal metazoans. First, I analyzed bilaterian glial gene orthologs in basal metazoans using available genomes and transcriptomes. Second, I focused on Anthozoa (Cnidaria) as a class with the most conserved genetic program required for glial development among basal metazoans. Third, using Nematostella vectensis as an anthozoan model organism I explored the function of Gcm, the core gliogenic transcription factor (TF), by knocking it down and performing RNA-seq and RT-qPCR analyses. Among Nematostella Gcm targets are cell adhesion proteins, GABA and glutamate transporters, ion channels, metabolic and protein modifying enzymes, as well as zinc finger and Ets-related TFs. In addition, Gcm seems to control Notch-Delta signalling, which is one of the crucial neuro-gliogenic pathways in bilaterians. I also performed immunostaining of the Gcm-target proteins to get insights into the cell morphology. The major finding of my thesis is that Nematostella Gcm-expressing cells demonstrate characteristics of both neurons and glia, suggesting a dual nature of ancestral cells. This indicates the conservation of the gliogenic program intertwined with the neurogenic program which separated later in the animal evolution.