University of the Ryukyus Gender Equality Promotion Office and OIST Diversity Section co-hosted “The 8th Annual Q-wea Symposium in Okinawa – The Role of Female Researchers in Kyushu and Okinawa Regions”.

The 8th Annual Q-wea Symposium began with the opening remarks by Mr. Hajime Ohoshiro, President of the University of the Ryukyus, which was followed by guest remarks, read on behalf of Mr. Takeshi Onaga, Mayor of Okinawa Prefecture, and Mr. Hiroyuki Karasawa from Ministry of Education, Culture, Sports, Science and Technology.

During Part 1 of the Symposium, Dr. Motoko Kotani, an OIST BOG member, as well as Director of Advanced Institute for Materials Research at Tohoku University, gave a talk on “Challenges in Cross-Disciplines”. She explained her experience where she observed that cross-disciplines produced a new “discovery”, the history of gender equality, as well as initiatives for supporting female researchers at Tohoku University. She also delivered an encouraging remark to young researchers, saying “Diversity is the key for taking a leap. New knowledge is created when people of diverse background, field, and expertise meet”. 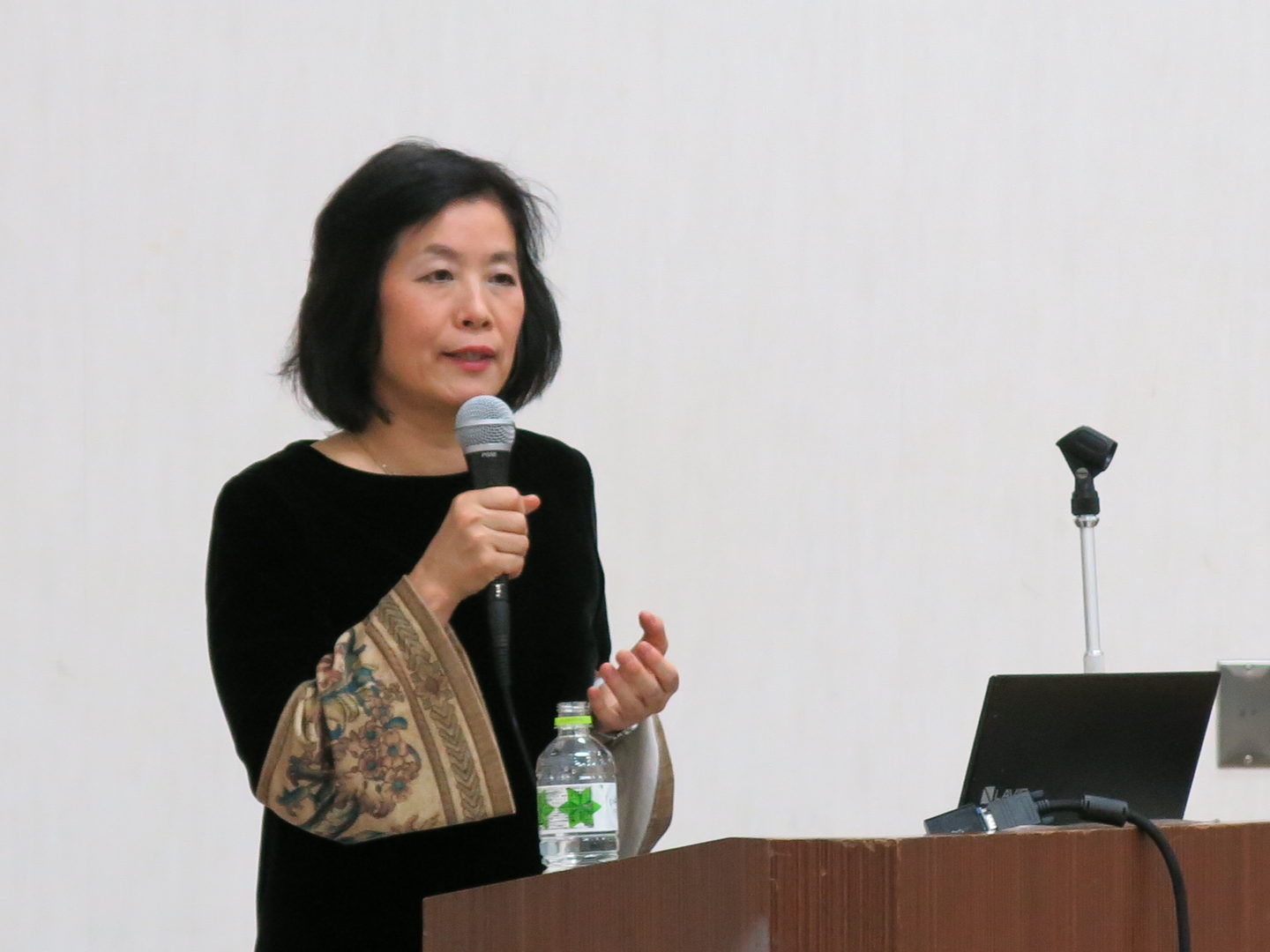 During Part 2 of the Symposium, the panel discussion was conducted on the theme of “The Role of Female Researchers in Globalization at Japanese Universities”. Panelists from 10 Q-wea Network Universities introduced and shared their distinctive programs for supporting female researchers. 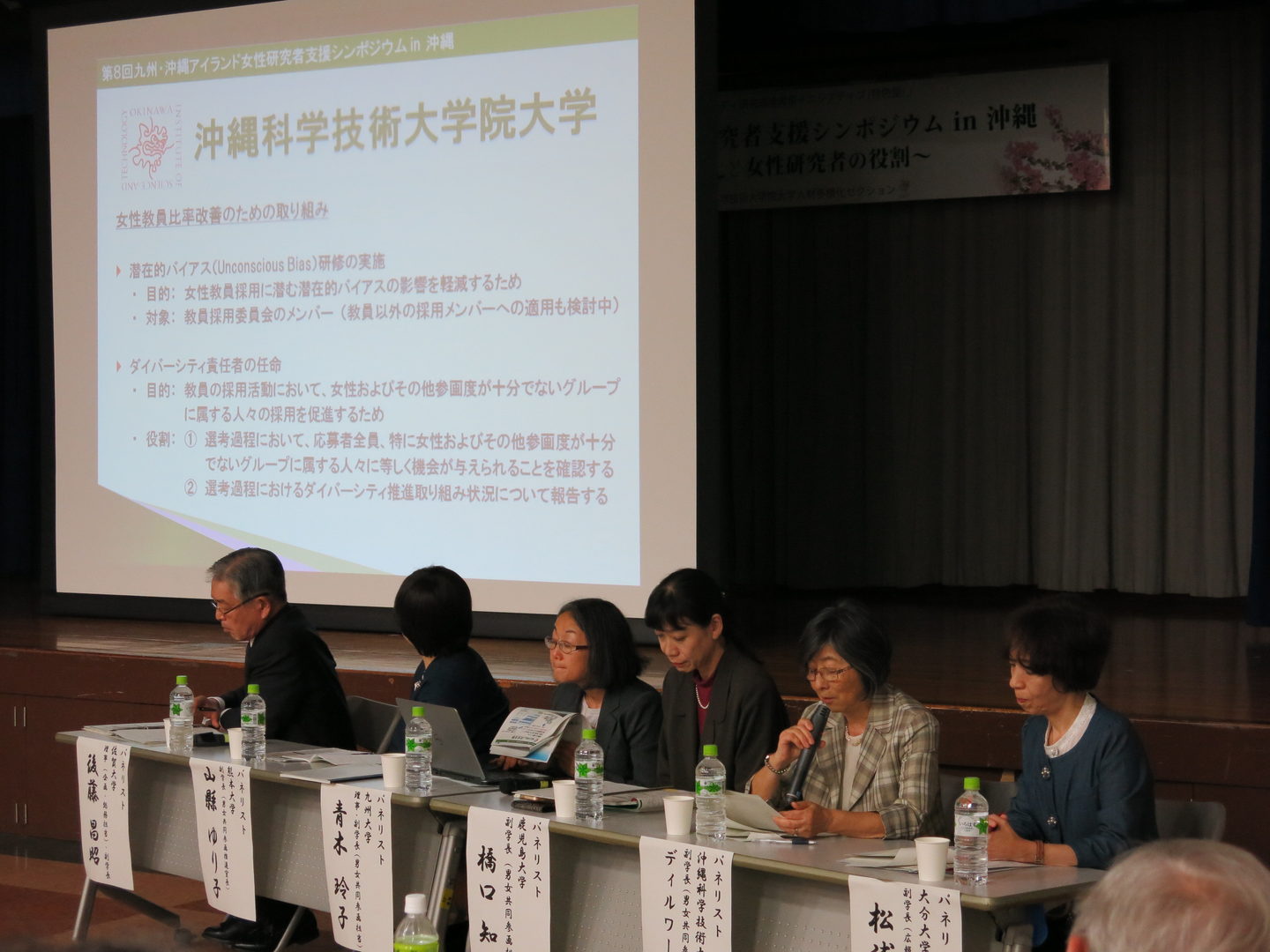 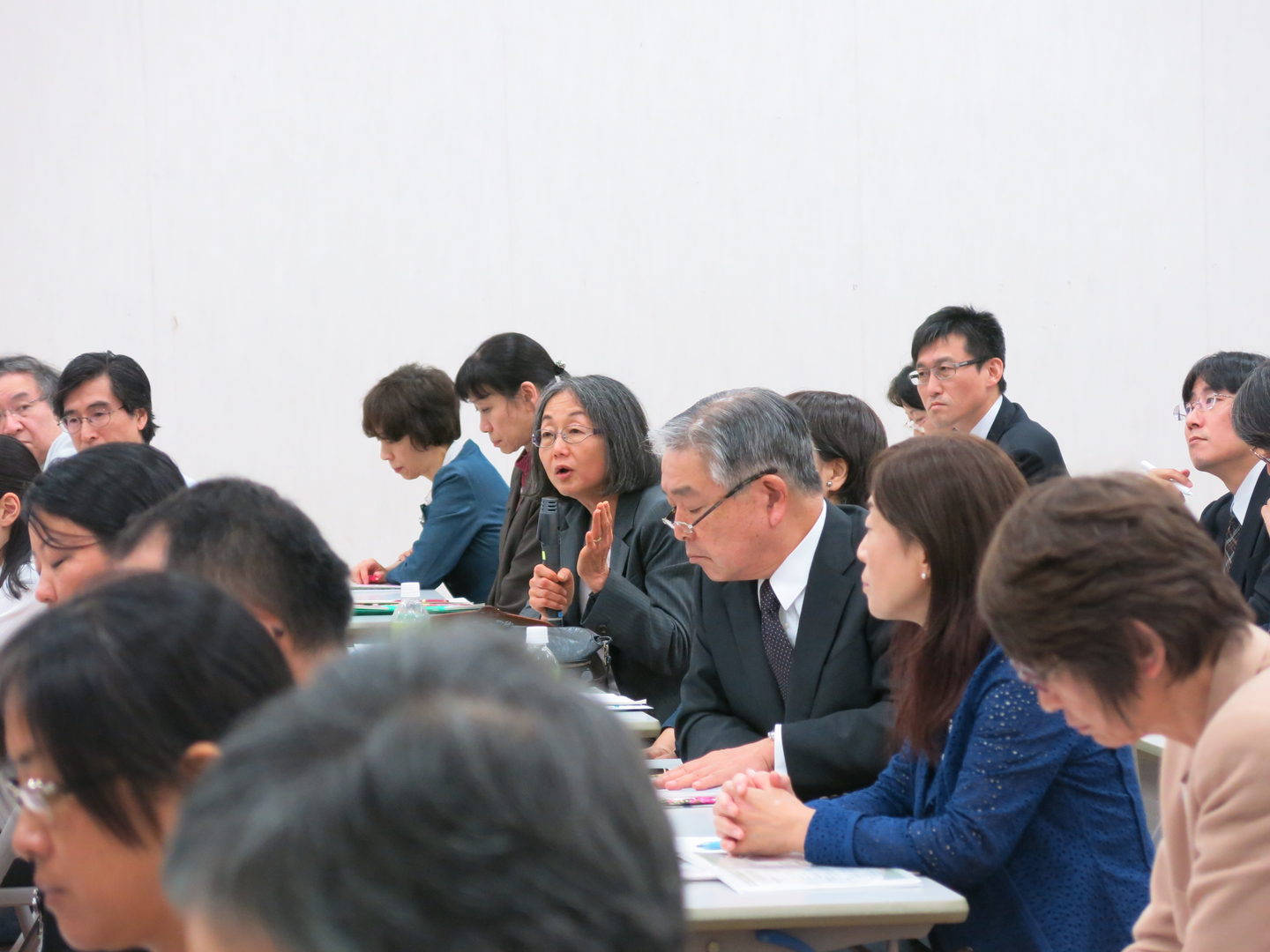 Following the introduction of the programs, the panel discussion was joined by Dr. Kotani and Dr. Yasuko Yamamura, Program Officer of the Japan Science and Technology Agency. A series of active discussions and exchange of ideas were conducted on each university’s program, for promoting globalization and supporting female researchers and inter-university cooperation. The discussion topics included fostering research and leadership skills, to meet international standards, the role of an overseas office, recruitment of female researchers from abroad, and acquiring funding from “The Top Global University Project” by the Japan Society for the Promotion of Science. There was a consensus that it is imperative to create an institutional system and mechanism, in order to achieve these goals.

Finally, the Symposium ended successfully with the closing remarks by the Executive Vice President of OIST, Dr. Robert Baughman. The Symposium served as a valuable opportunity to think about globalization and the role of female researchers at the Q-wea Network Universities. 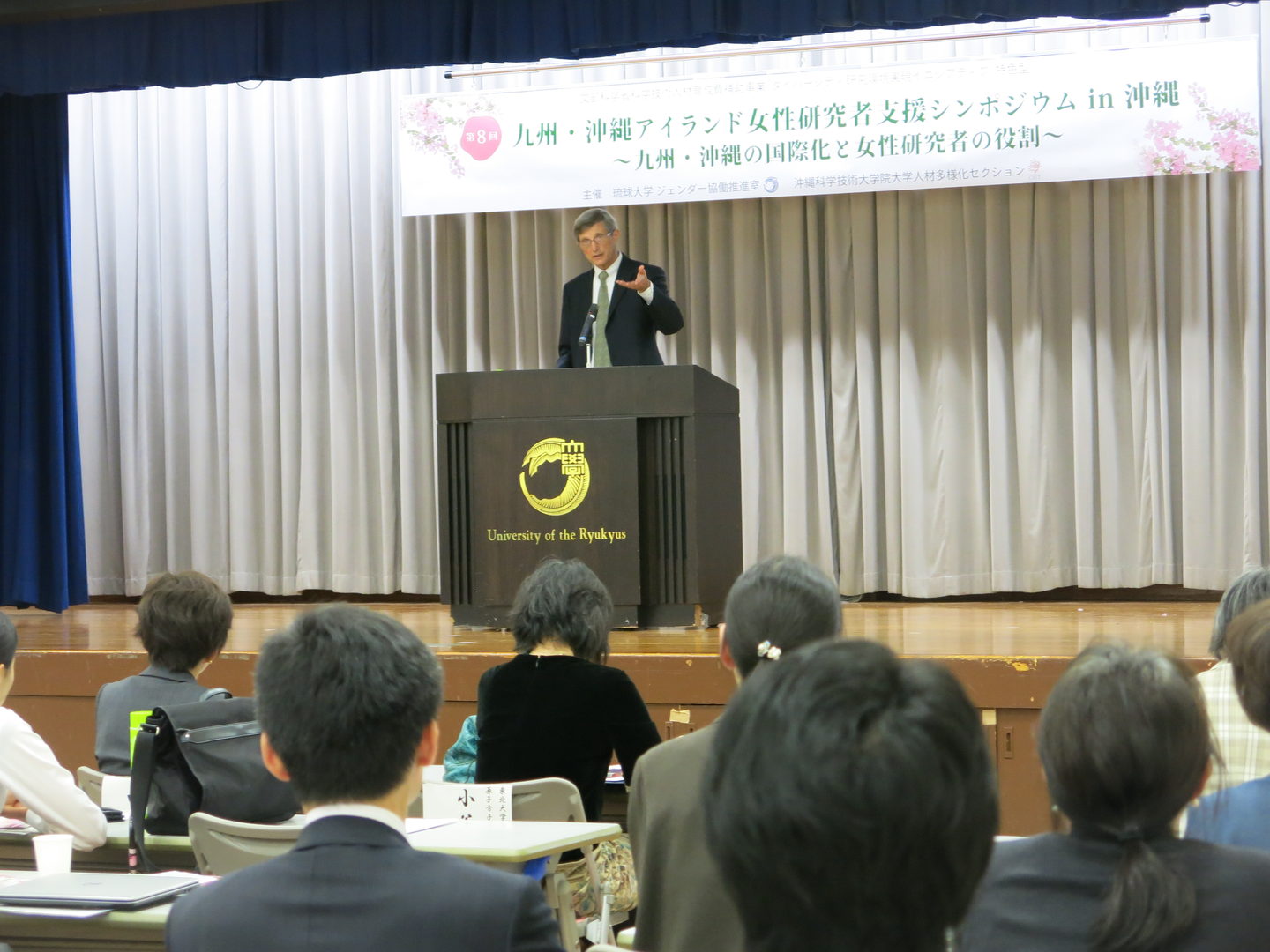