Our first paper on garden eel research is now on Journal of Experimental Biology! Check the link below.

Garden eels are fish that live in the sandy seabed at the fringes of coral reefs. A part of their body comes out from the hole they made

Garden eels are named after how their colony in sandy areas resembles a garden. 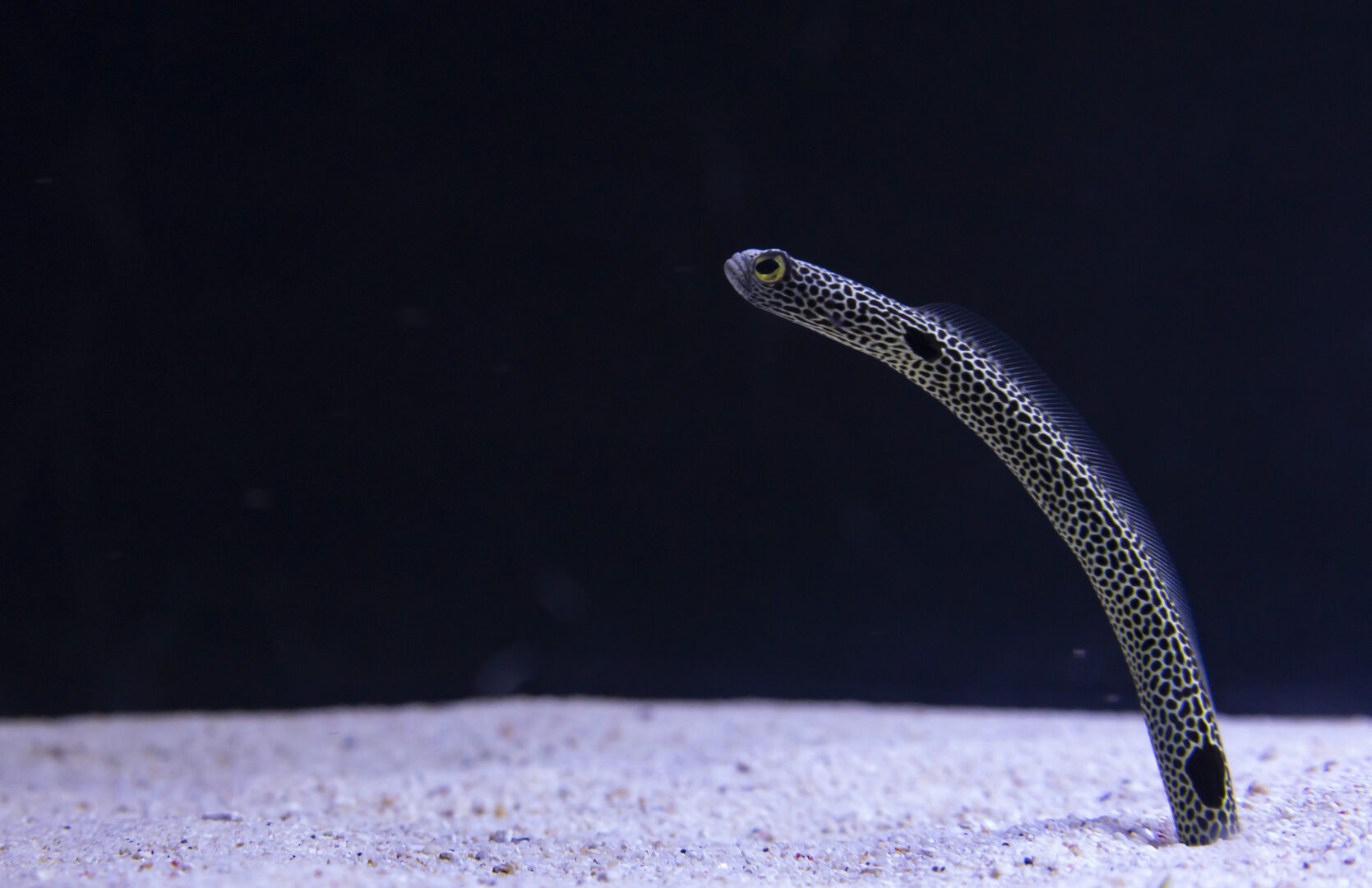 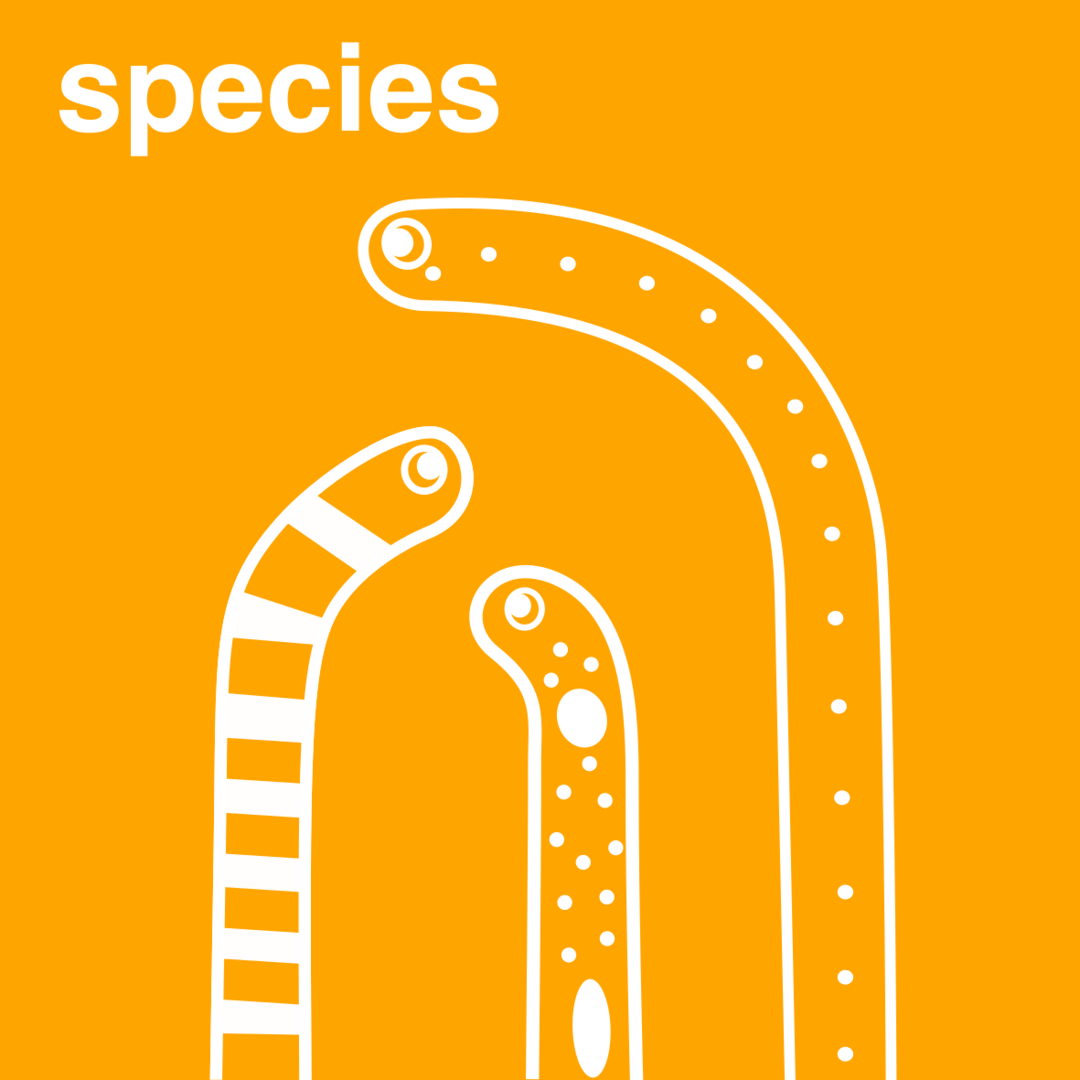 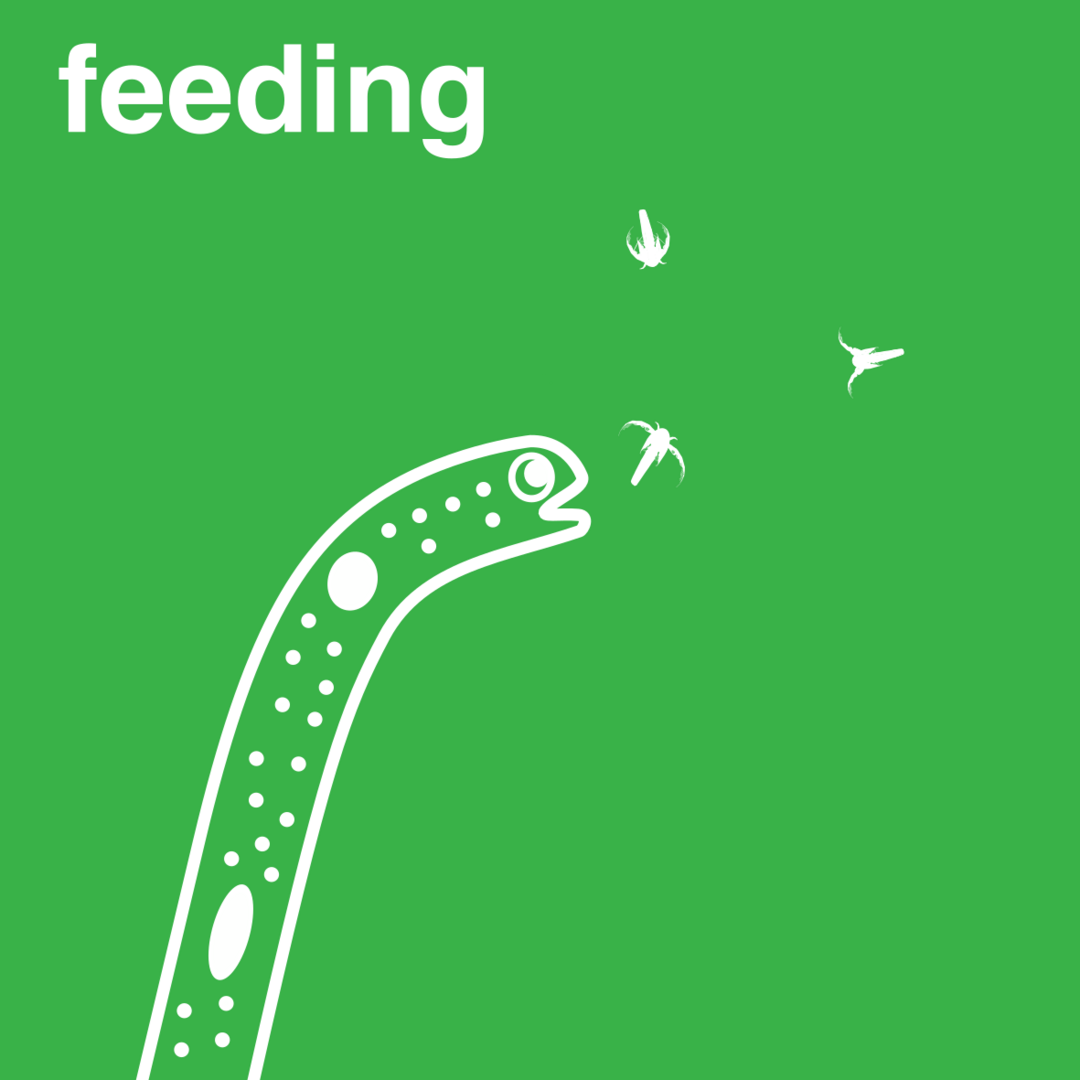 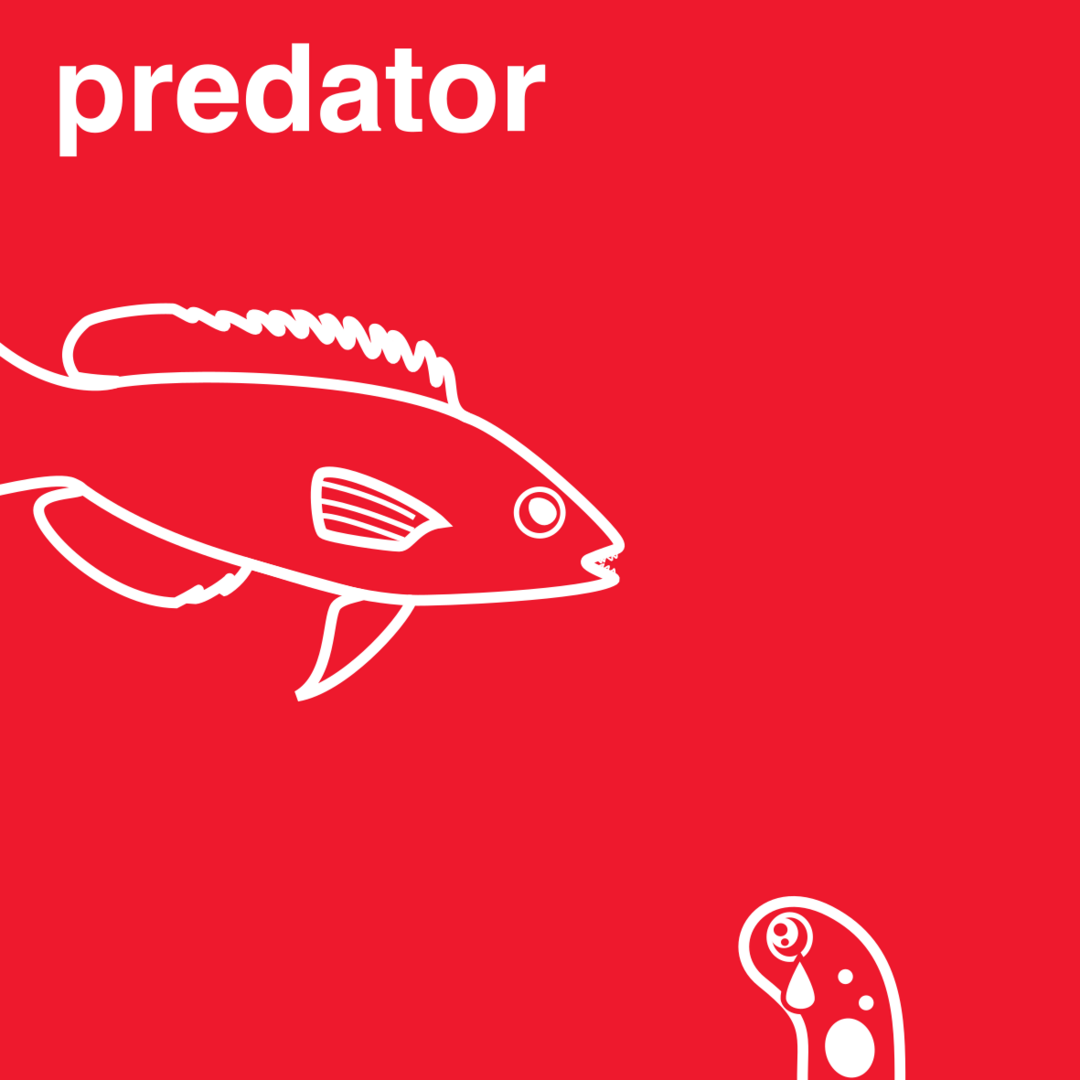 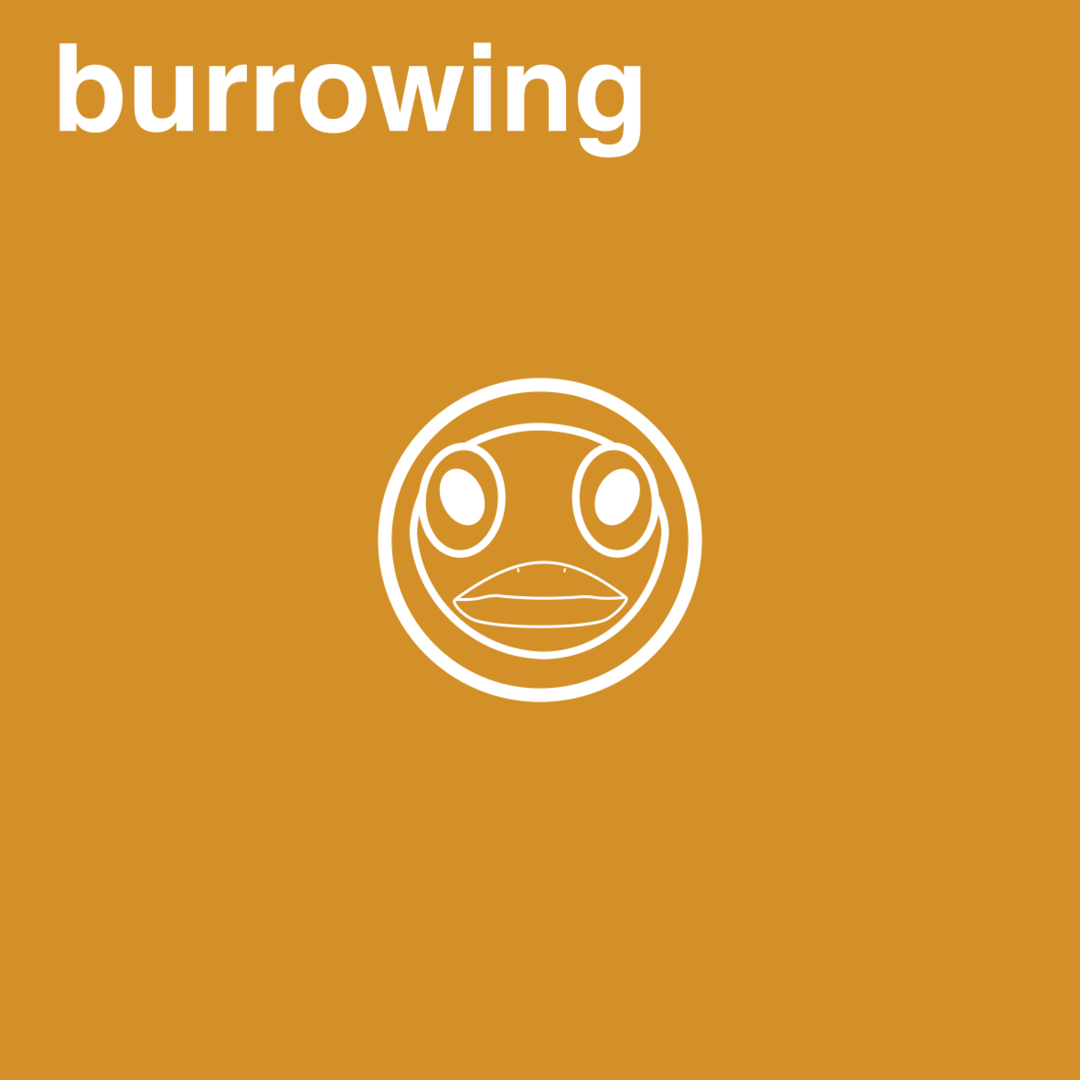 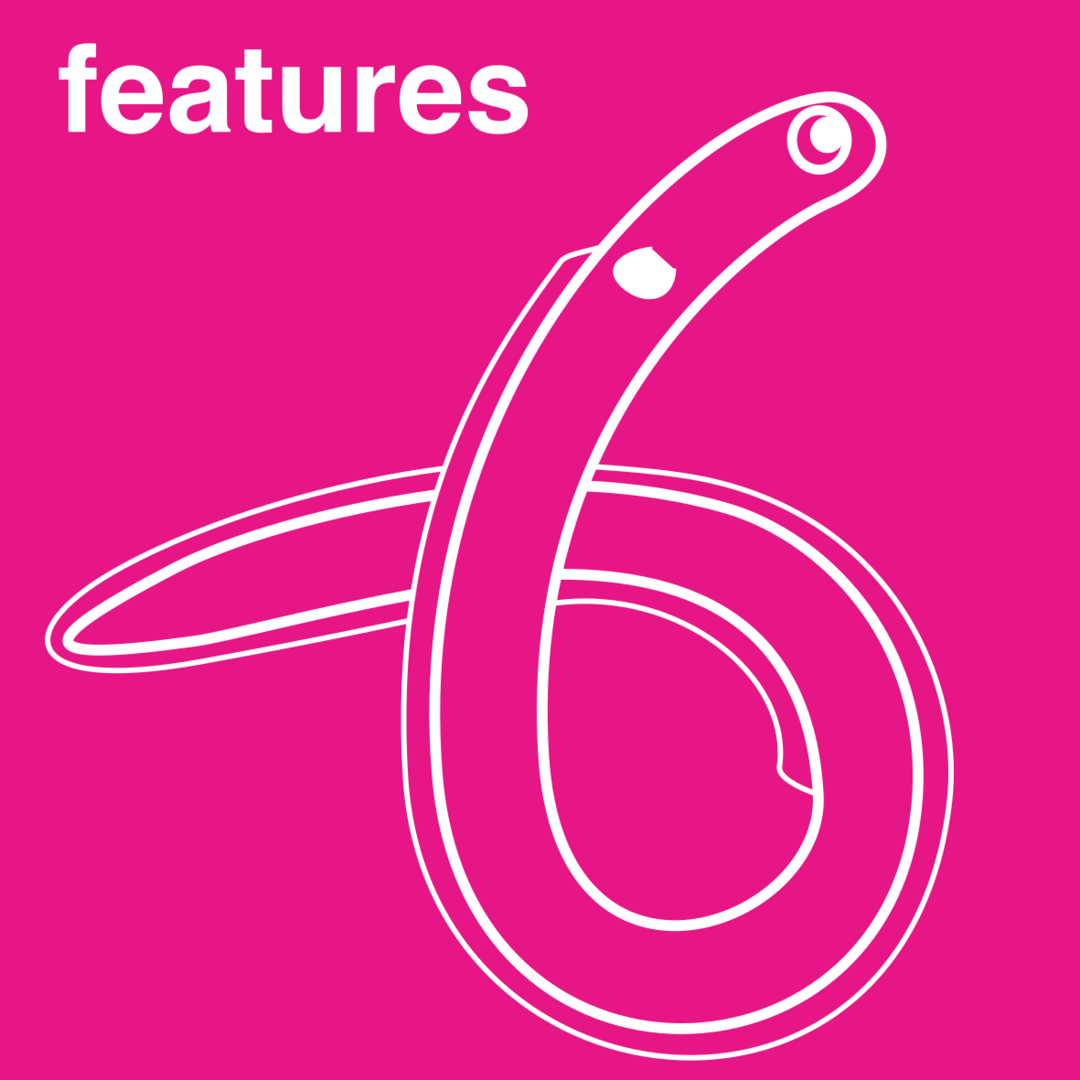 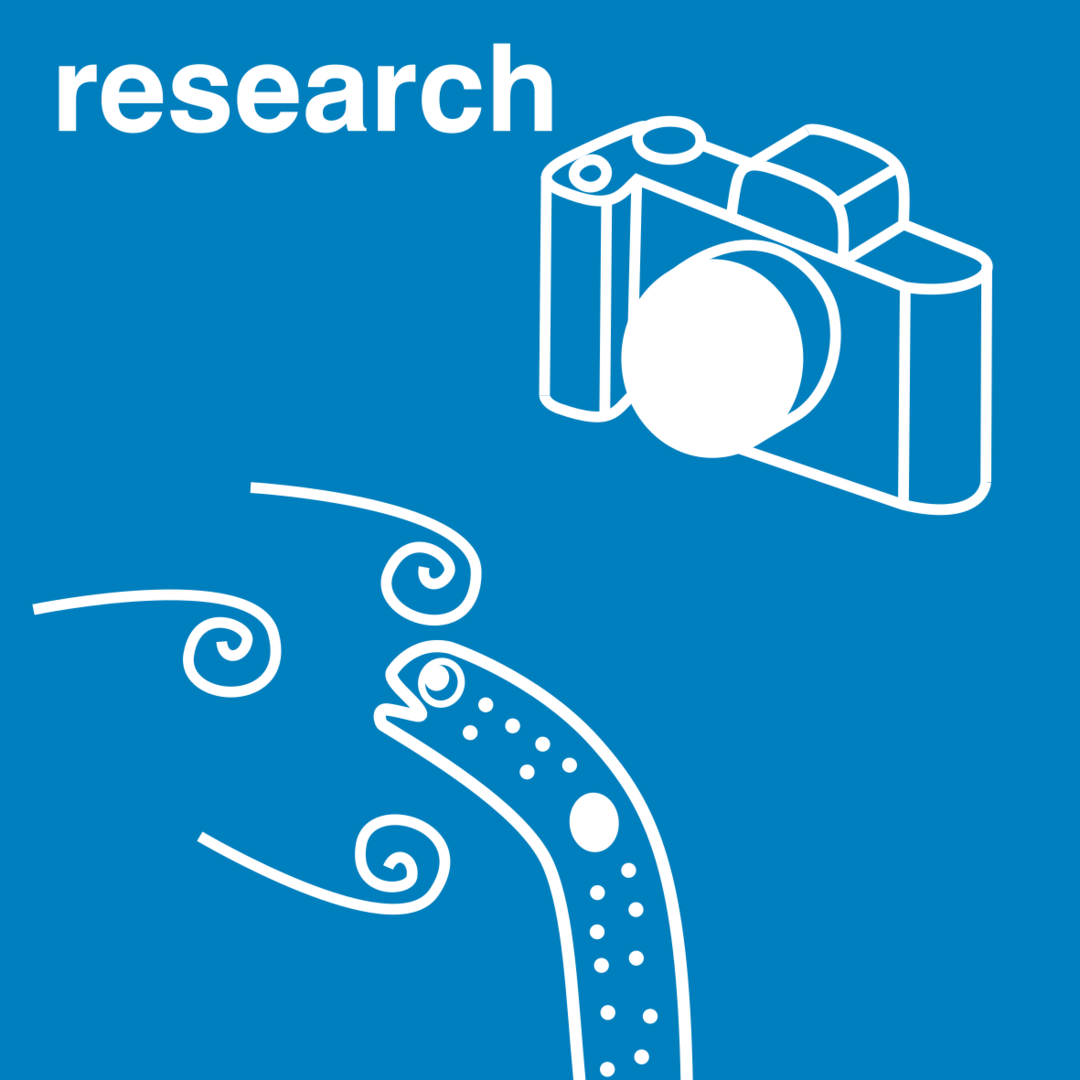 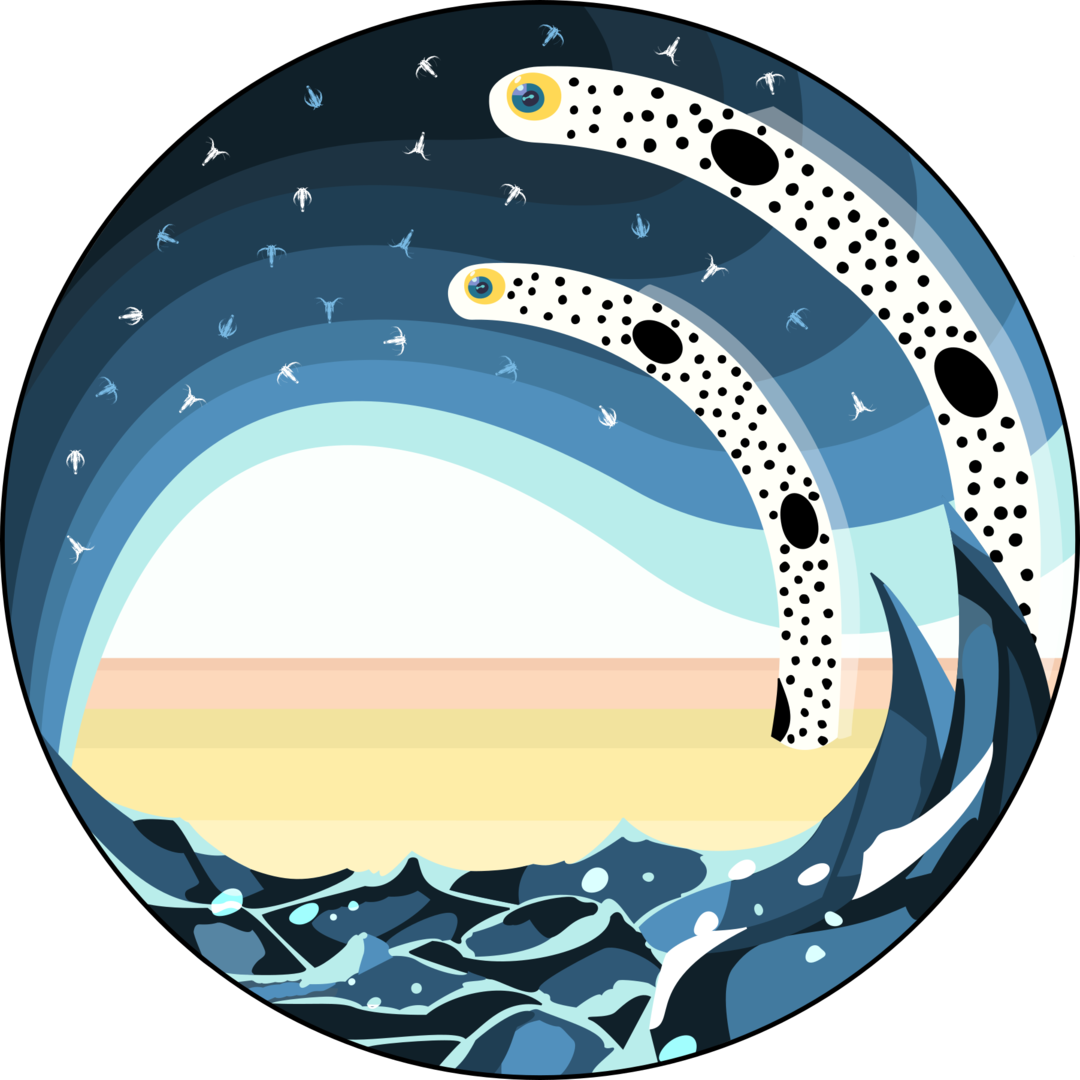 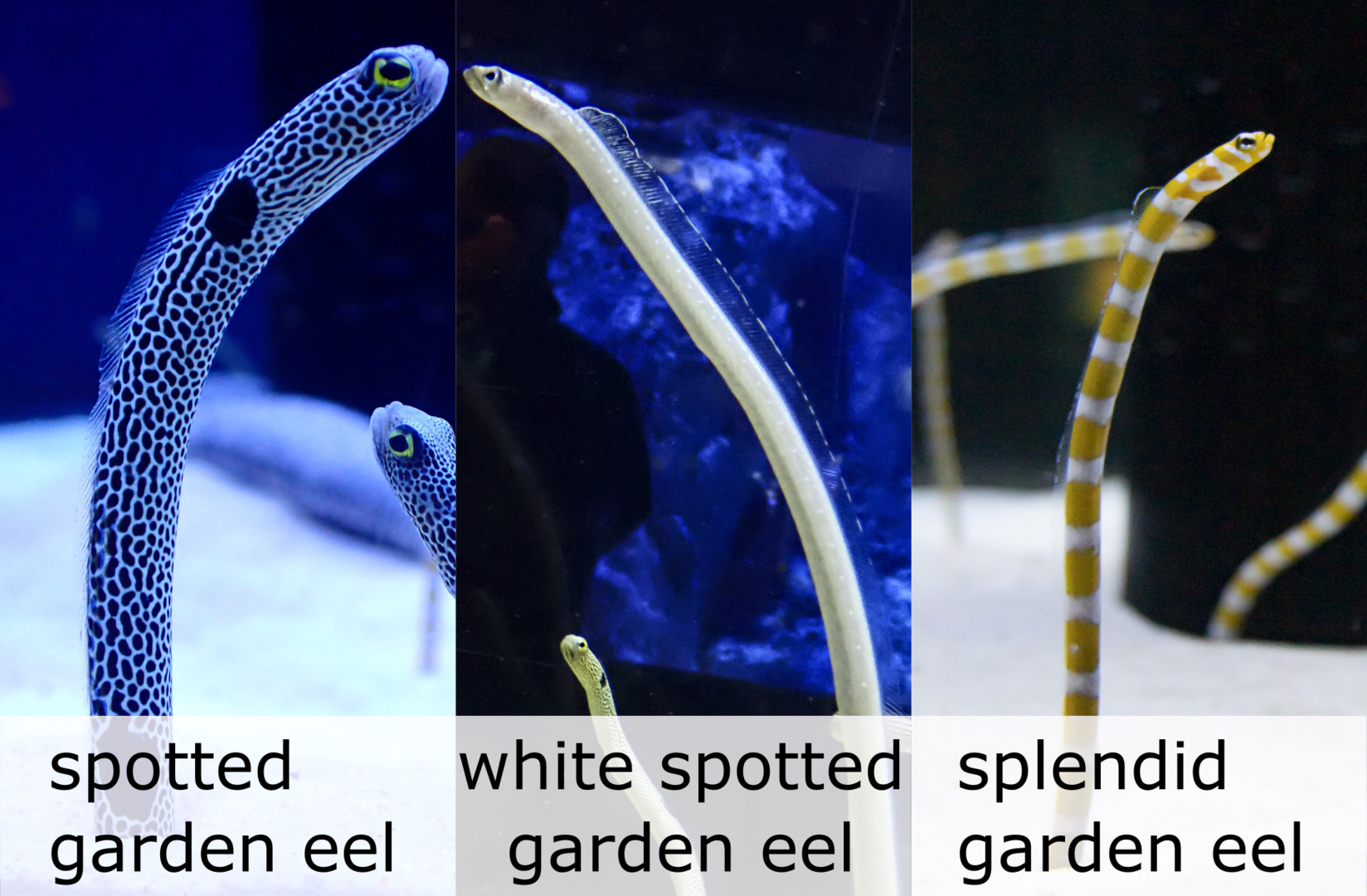 The spotted garden eel was first registerd in 1959. They are a relatively new species. Among Heterocongrinae, zebra garden eels are the oldest species, registered in 1868.

The longest garden eel is the Barnes' garden eels which has a record of , which is the same as the average height of 7-year old kids!

Most of the plankton-feeding reef fish swim to capture plankton. On the other hand, garden eels .

To capture plankton, garden eels in a colony , waiting for food. 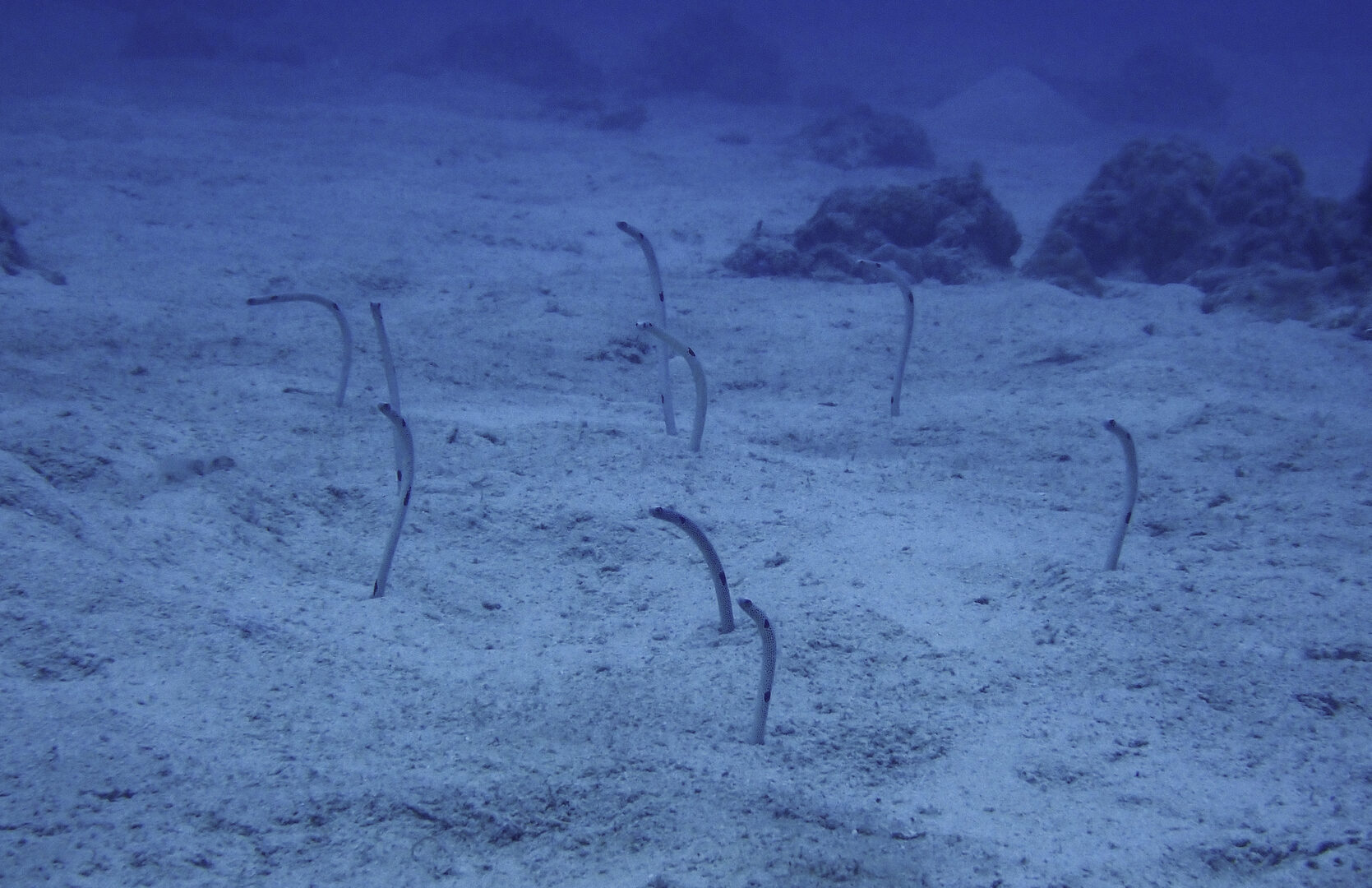 In nature, they feed on plankton called copepods, eggs and larvae of small organisms without much selectivity.

The latest research shows that garden eels adjust their posture to enable feeding under moderate to strong flows.

And, what you need to do after eating is, of course, pooping.

As you see, garden eels have . In the movie, the garden eel excreted outside the burrow even under strong flow conditions. It might not want to make the burrow dirty.

Until now, there are few scientific observations of garden eels predators, but were observed eating them. 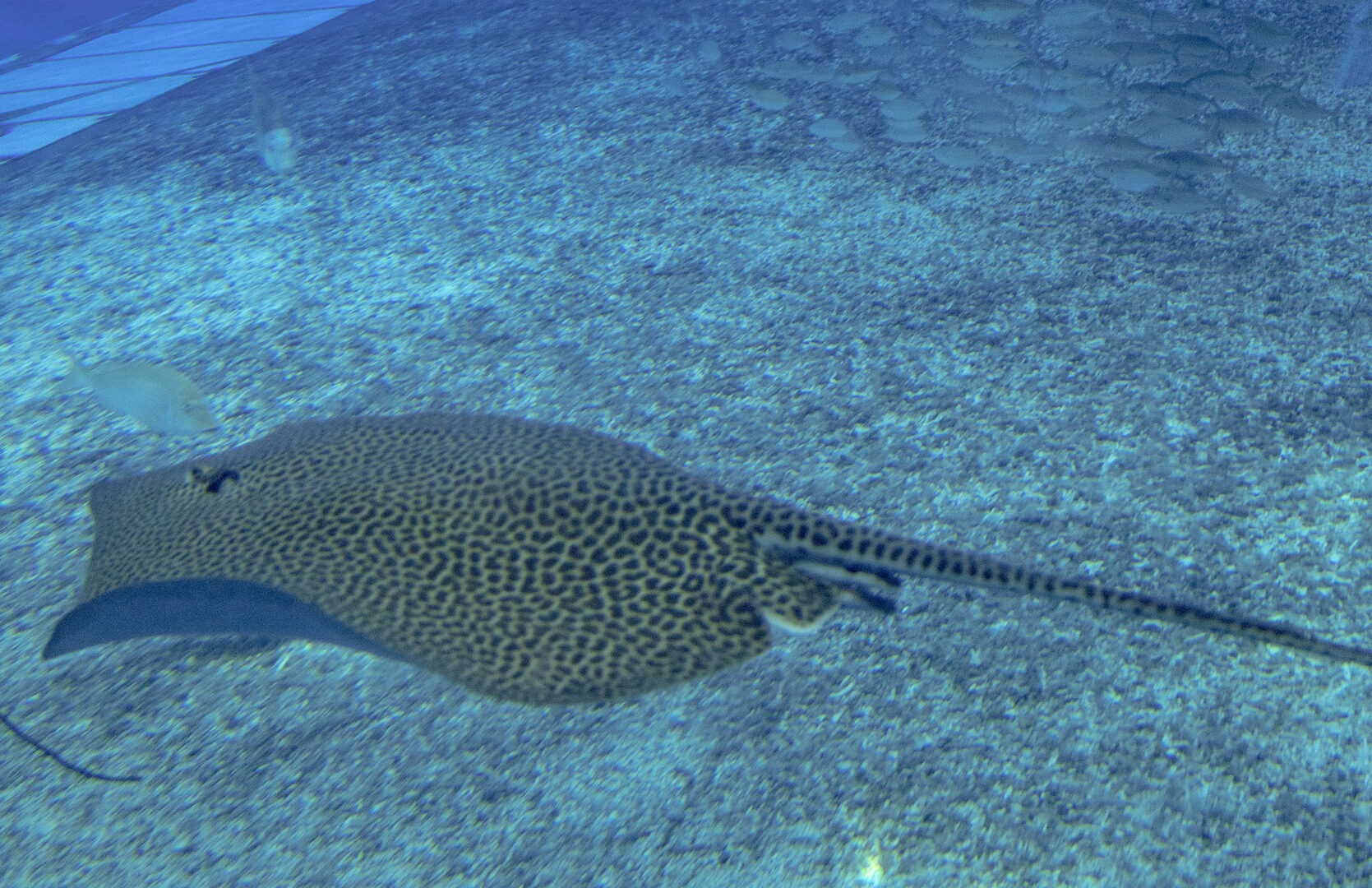 Sea snakes, snake eels, and other fish-eating bony fish are listed as potential predators, but there is no direct evidence.

The reaction of garden eels to the fish around them seems to depend on the risk of being attacked. Garden eels hide in their burrows as fish-eating bony fish approaches although they don't react that much when sharks (not predators of garden eels) approach. 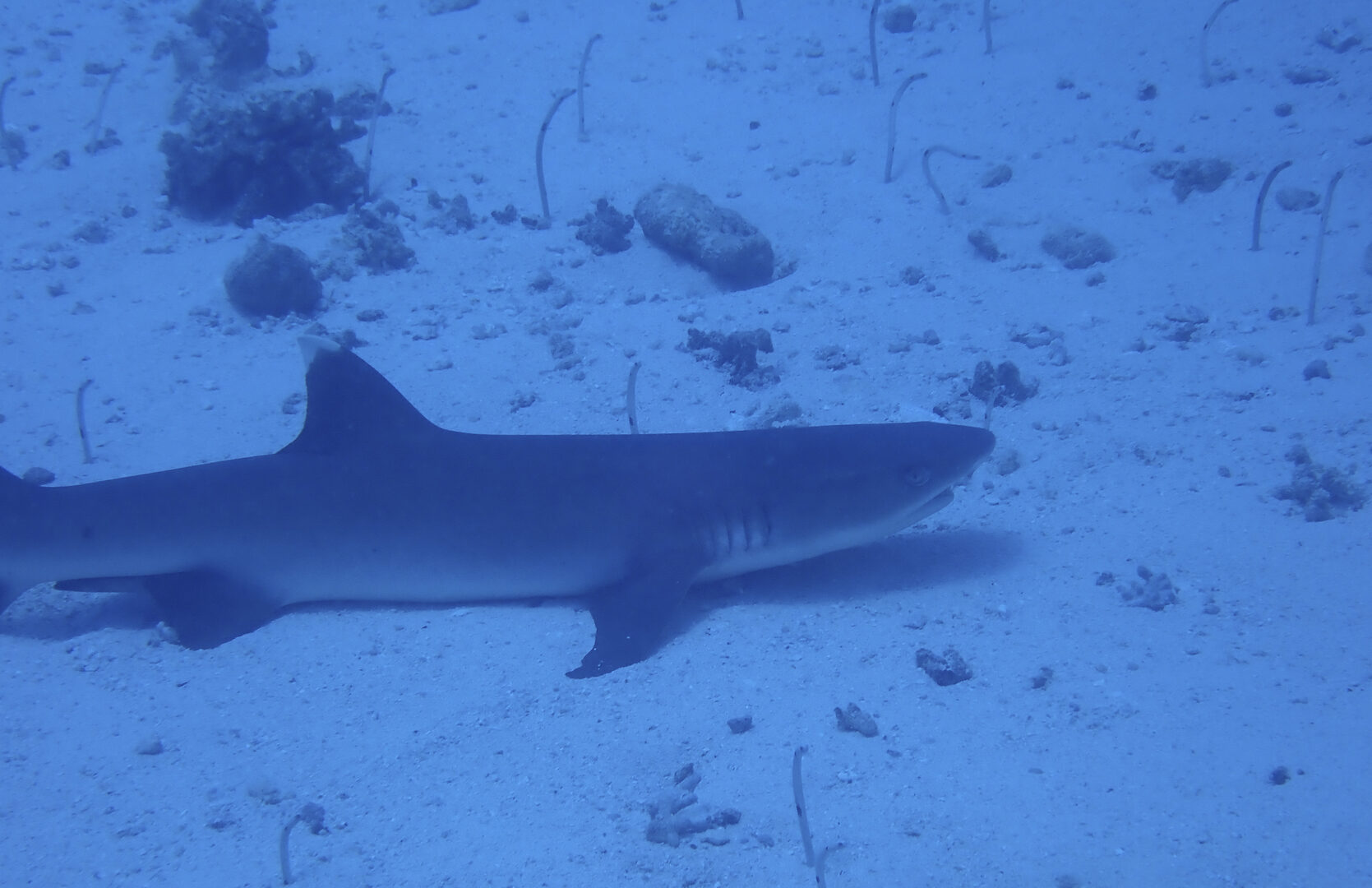 The garden eels are surprisingly unresponsive to the shark in the picture.

Garden eels live in a burrow that they dig. Is the burrow straight, spiral, or wavy? Click the image below to check the answer! 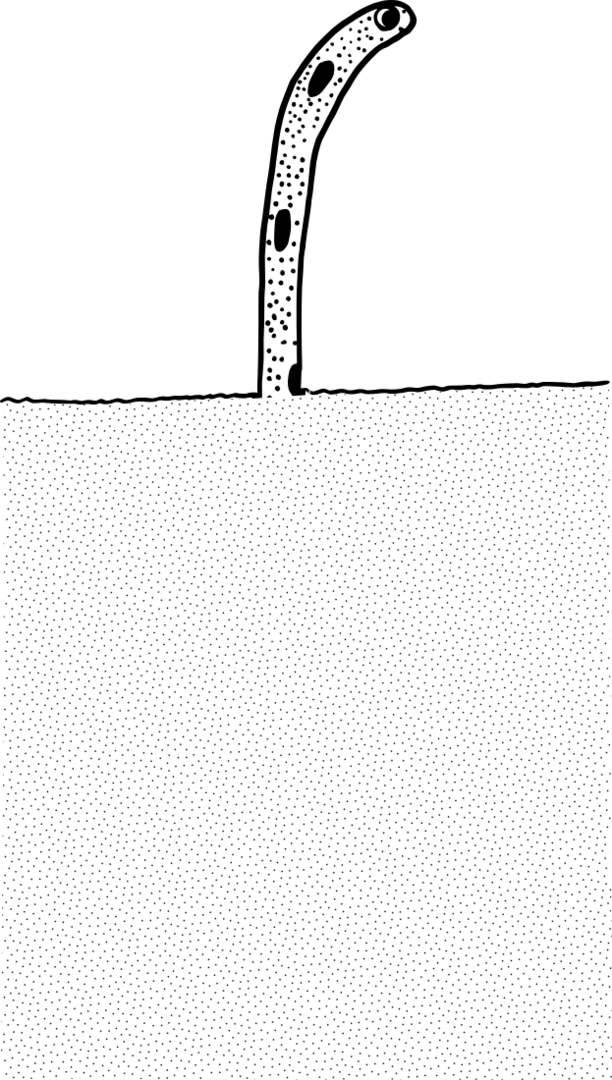 The answer is like this drawing. This was revealed by researchers that put epoxy resin in burrows.

The shape of burrow differs between species. Unlike Gorgasia, Heteroconger generally has more waves and a longer burrow compared to the size of their body.

Have you seen garden eels digging a burrow?

They dig sand with a quick, drill-like movement. Surprisingly, they when they dig sand so that they can make the wall hard!

Thus, even if garden eels hide deep in the burrow, you can still see the shape of hole from above. You cannot do the same thing when you make a hole with your finger.

The frequency of chaging burrows is controversial. Some state they rarely change, while others argue individuals make a new hole within 1-2 weeks at ~50 cm apart.

One feature is that they have relative to the size of their face. It is said that this is because they use their large eyes to hunt plankton in the daytime. 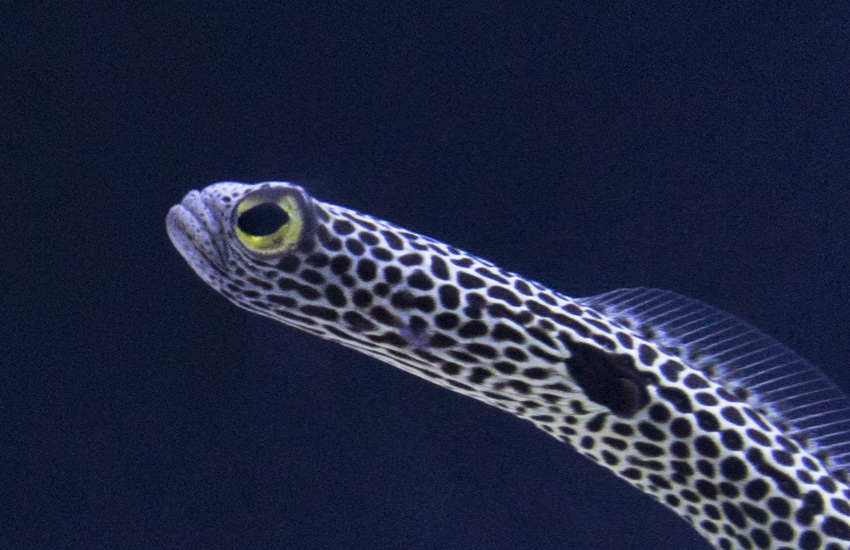 Other eels are mostly active at night and the size of their eyes are smaller.

Another feature is that they have . This is used for burrowing into the sand. Their caudal fin is degraded while the muscle and tissues are well developed. 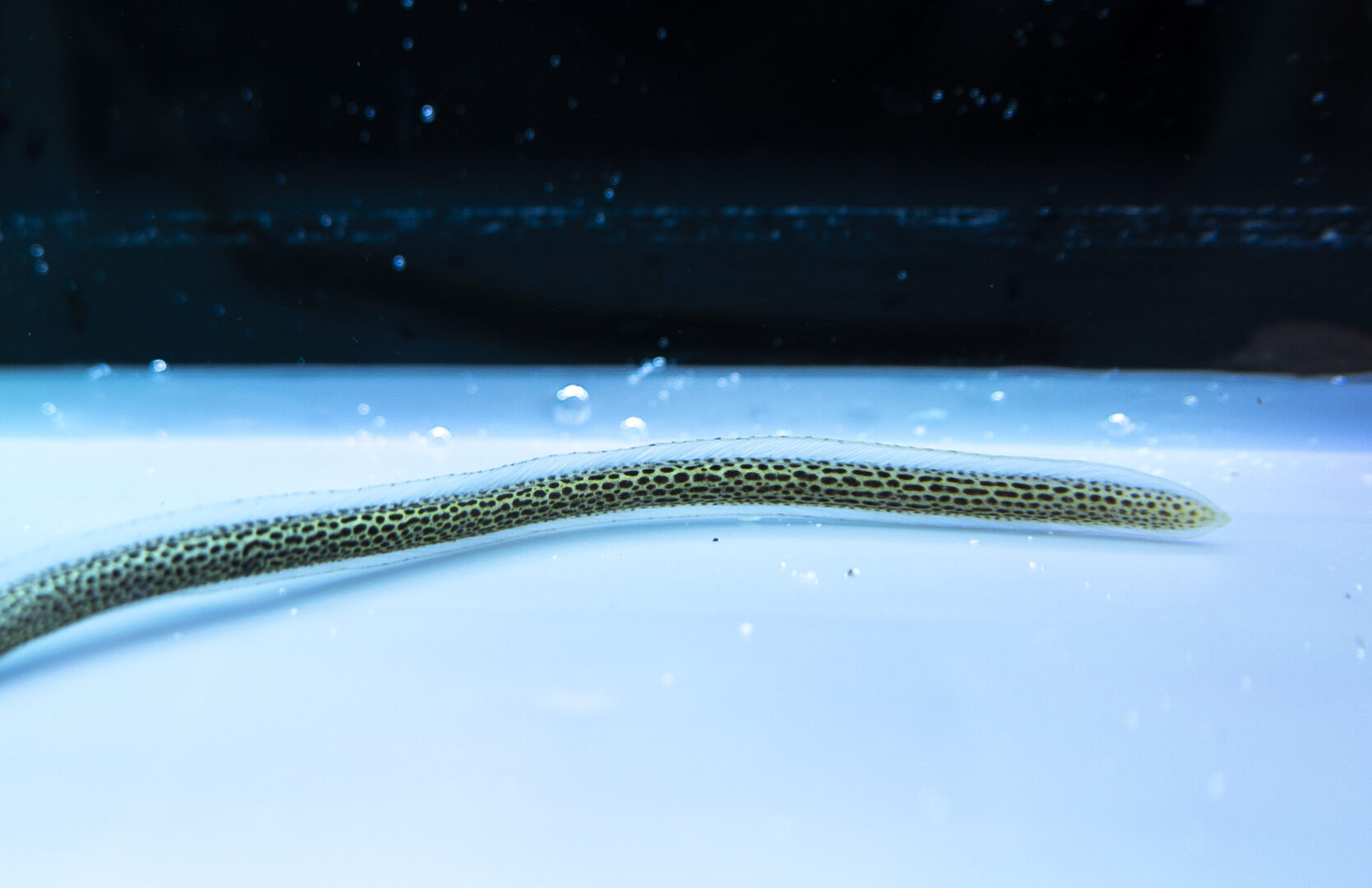 Although many fish use pectoral fins for swimming, garden eels have degenerated pectoral fins because they don't really need to swim.

However, if you take a closer look you can see that they have 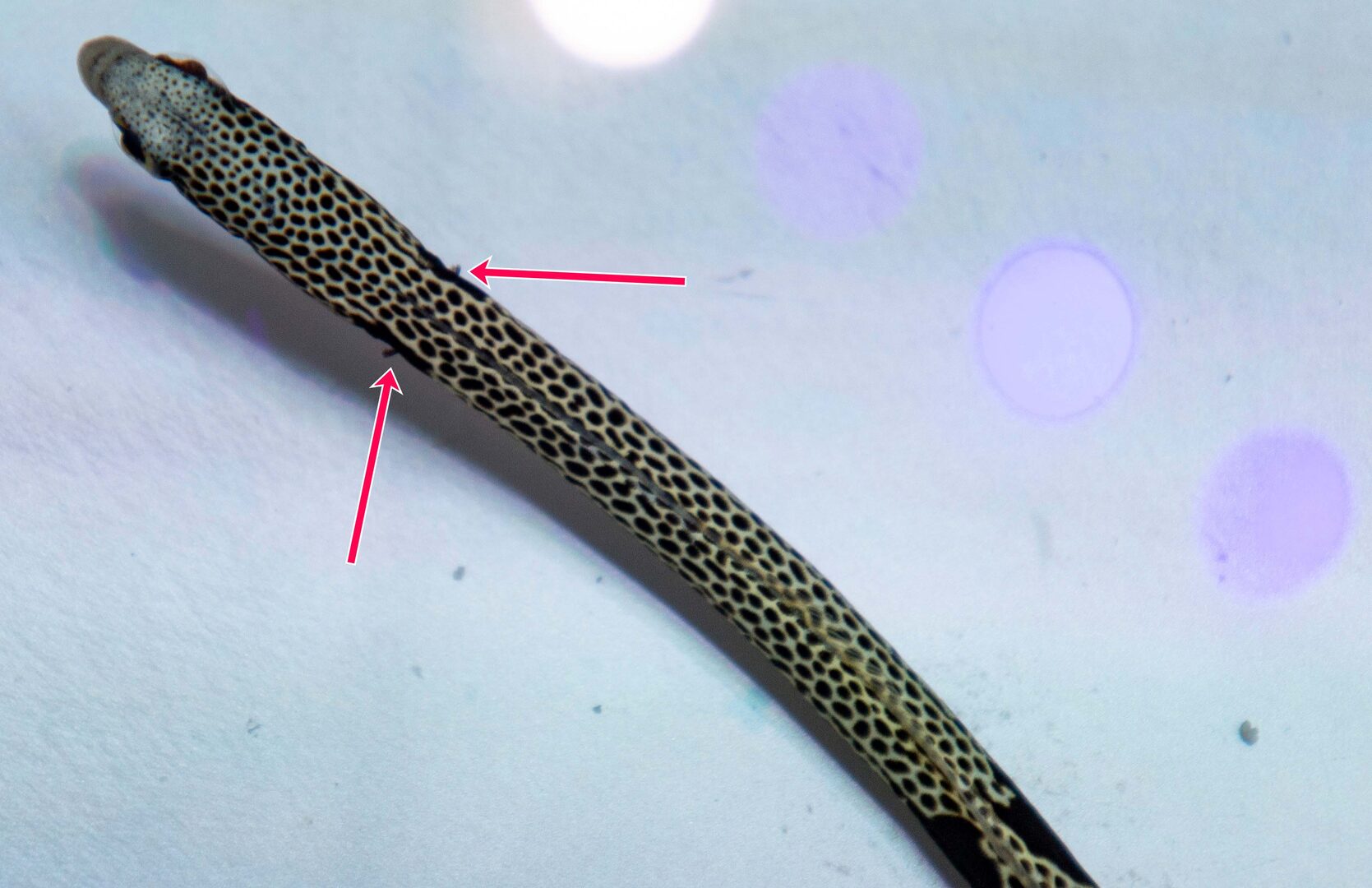 The reproductive behavior of garden eels is so unique. Other eels generally have areas for reproduction other than their home, while garden eels reproduce within their colonies.

Their reproductive behavior was recorded in videos for the first time at Sumida aquarium in Tokyo. They are . You may notice differences between spotted garden eels and splendid garden eels.

Hatched larvae, called leptocephales, are said to swim around the water surface in neighboring water and to grow up to find a sandy habitat to stay settle, although the details has are not been revealedunderstood yet.

We are . Their feeding depends on the flows that carries plankton. We are investigating how their feeding behavior changes as flow conditions change.

This movie shows how garden eels change their posture and their extension outside their burrow with different flow speeds. Garden eels can .

We made an icon that describes our research project!

We expressed . You will notice the star-like white dots are actually plankton if you enlarge it! 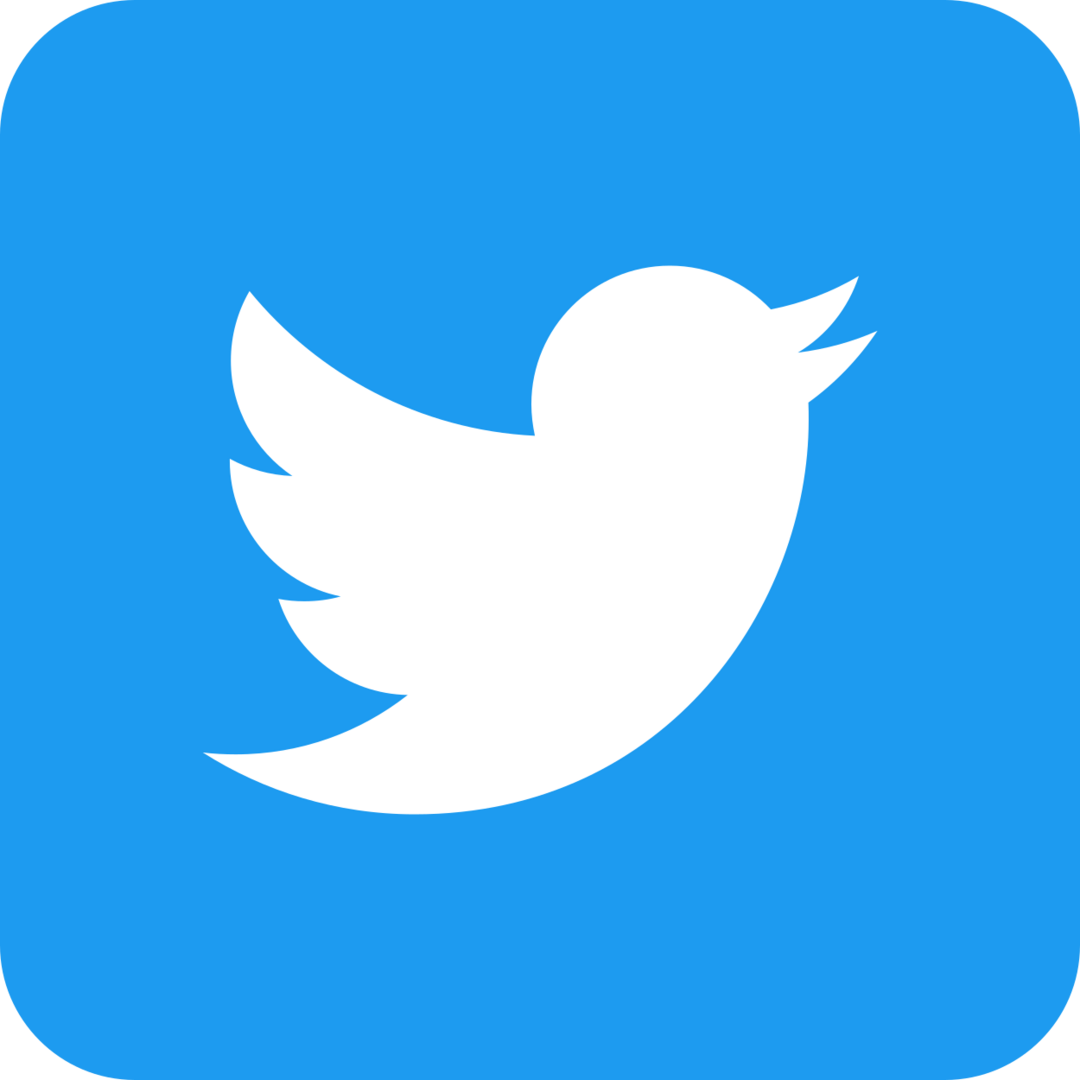 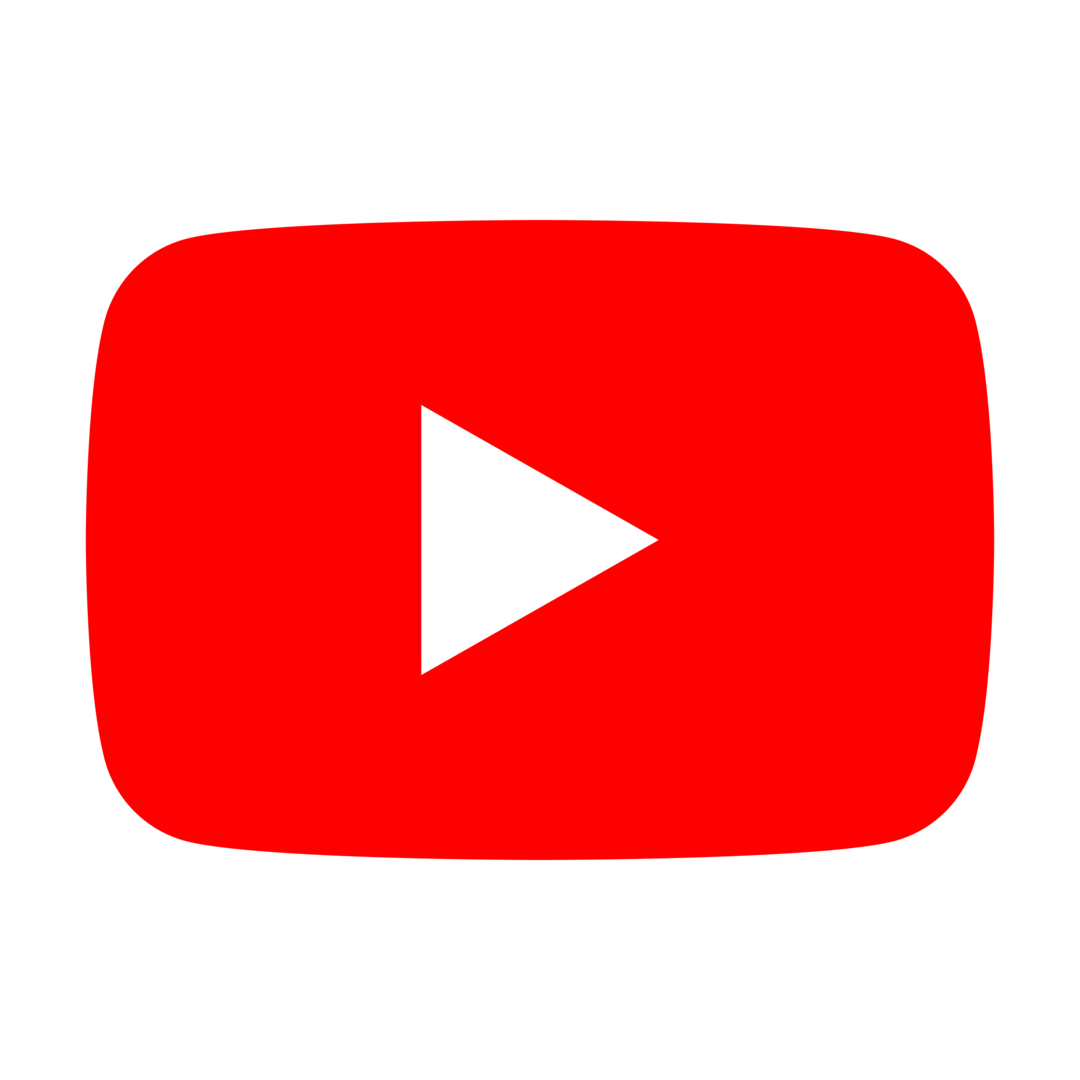 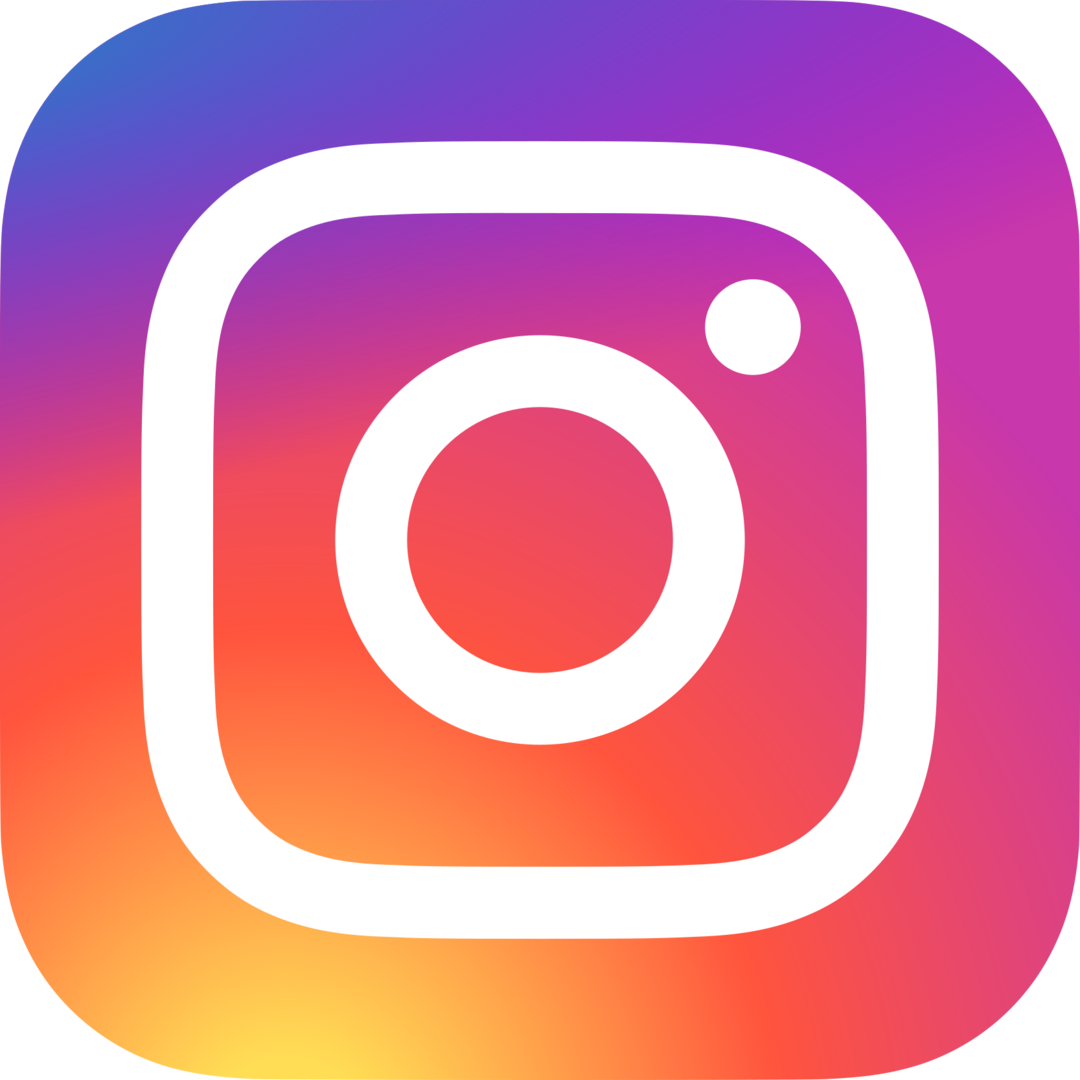 Böhlke, J. (1951). A New Eel of the Genus Taenioconger from the Philippines.