Glycolysis in senescence and metabolites in ageing 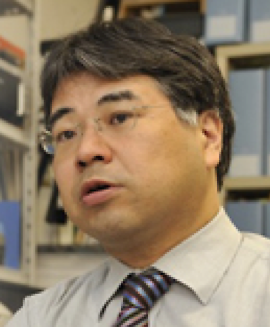 Title: ”Glycolysis in senescence and metabolites in ageing”

Enhanced glycolysis, the Warburg effect, is well-known property of cancer, while it is not clear how it is coupled with the other hallmark of cancer, immortalization. Several recent reports established the significance of phosphoglycerate mutase PGAM both in the Warburg effect and cancerous proliferation. We reported that Mdm2 ubiquitin ligase binds to and promotes proteolysis of PGAM under senescence-inducing stress, DNA damage and oncogenic insults (1). Moreover, the recent analysis of PGAM-TG and KO mice disclosed the impact of PGAM on the Warburg effect. Interestingly, the tissue-context dependent and cooperative manner are observed on the impact of PGAM in vivo and in vitro.

Additionally, our efforts (2, 3) was to develop standard experimental procedures to identify and precisely quantify human age-related blood metabolites, in corporation with Dr. Mitsuhiro Yanagida in OIST. While human aging is a highly complex biological process exhibiting great individual variation, it is still not possible to distinguish human blood samples from young and elderly donors. To this end, our intent was to increase the reproducibility and accuracy of measuring blood metabolites, which are highly unstable. Our deliberate exclusion of middle-aged donors (40~70 years old) from the study also gave us a clearer age-difference between young (average; 29yr) and elderly (average; 81yr). The combination of comprehensive CV (coefficient of variation) analysis and RBC (red blood cell) metabolomics enabled us to identify 51 previously unreported metabolite CVs. Ultimately, we identified 14 age-related metabolites. Six of these 14 candidates are RBC-enriched, suggesting that RBC metabolomics is highly valuable. Furthermore, Pearson’s correlation coefficients demonstrated significant correlations among several age-related compounds, including citrulline, N-acetyl-arginine, and dimethyl-guanosine (implicated in renal function), NAD, NADP (redox-related), leucine, and isoleucine (muscle maintenance). Their correlation strongly supports the physiological significance of our findings.