Cavity quantum electrodynamics (QED) studies the fundamental interaction between single atoms and single photons. There has been a plethora of research in this field involving many different physical systems. Ion trapping is particularly suited for deterministically coupling single atomic particles to the minuscule waves of an optical field due to its strong localization and precise positioning of ions. However the combination of ion traps and cavity QED has its own technological challenges. The close proximity of dielectric mirrors could have a strong adverse effect on the stability of the ion trap. Effective shielding, miniaturization, and tight integration of optical mirrors in the ion trap is a key to avoid such adverse effects. We have been working on this subject and our steady progress over the years had recently made it possible to reach the strong coupling regime between a single ion and a single photon in a cavity [1]. Based on this experimental platform, now we are able to explore more advanced physics of strongly interacting ions and photons. Furthermore this integrated cavity-ion system provides an efficient photonic interface for trapped ions that can be exploited to create a quantum network of ion-based quantum information processors (see the text in the next section). 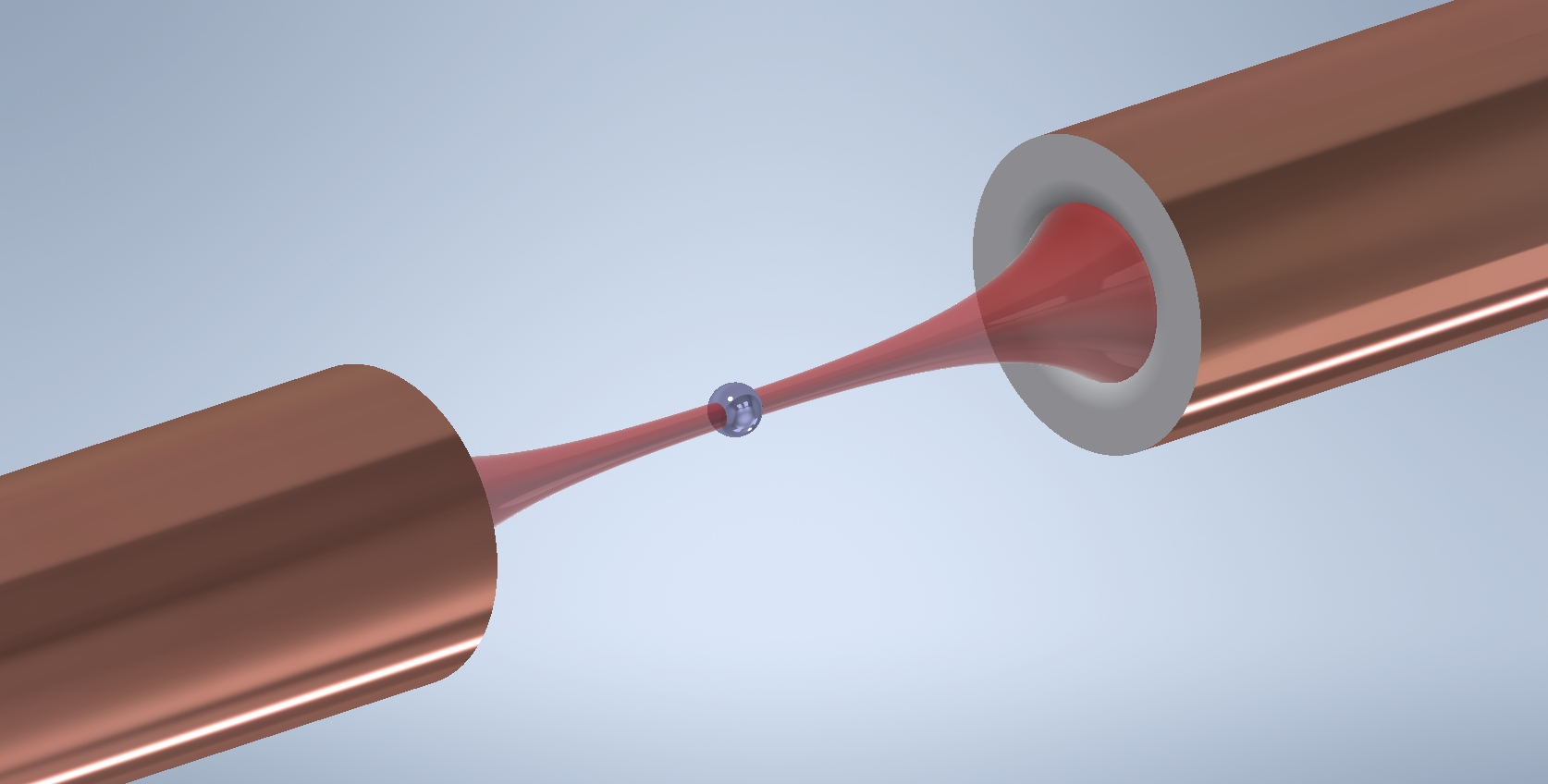 Single ions electromagnetically trapped in vacuum exhibit excellent coherence properties and allow unparalleled quantum control, and hence are suitable for various quantum information processing (QIP) tasks. Indeed many milestone achievements of QIP have been demonstrated with trapped ions. The current pressing challenge is to create a scalable system in which the number of ions can be arbitrarily increased without sacrificing the fidelity of quantum operations. There is a consensus that the approach to increase the number of ions within a single trap has a severe limitation that eventually prevents the system from scaling up.

One way to achieve a scalable platform is to link up many individual ion traps quantum mechanically via optical photons. Unlike massive particles, optical photons can travel over a distance with little decoherence. The figure below illustrates such a system with photonically interconnected ion traps. Photons emitted from ions propagate through optical fibers and mediate the interaction between the ions in remote traps. In this way the ions in different trap modules can be entangled remotely. The fiber-optic switch is used to select an arbitrary pair of modules to be connected. Our ion-cavity system with strong coupling plays a crucial role in this design, working as an efficient quantum interface between ions and photons.

The above photonically interconnected architecture applies to not only a local cluster of ion traps but also to long distance quantum communication between remote quantum computers. This direction of research ultimately leads to the concept of the quantum internet where any users on the globe can share quantum information with absolute security irrespective of their mutual distance. The key enabling technology for long distance quantum communication is the quantum repeater [2]. An Ion trap with an efficient optical interface, as we envision it, is the prime candidate for the underlying hardware in quantum repeaters.

Transducing microwave photons to optical photons and vice versa with their quantum nature intact would enable bridging and uniting various dissimilar quantum systems. Such a hybrid system can harness complementary functionalities provided by the component subsystems. For example, we could dream of having rapid processing by a set of superconducting qubits, a robust quantum memory provided by trapped ions, and long distance signal transmission with optical photons at the same time in a single device.