Habits make up most of our daily activities, from walking and preparing a cup of coffee to riding a bike or playing a musical instrument. Habits also structure our everyday life, as has become evident with the disruption of habits occurring with the current COVID-19 pandemic. Throughout the history of Western philosophy and the sciences of mind, habits have been one of the most widely explored topics and have occupied a privileged position in the work of prominent thinkers, such as Aristotle, Hume, Hegel, James, Morgan, Bergson, Thorndike, Husserl, Watson, Dewey, Pavlov, Merleau-Ponty, Piaget, Hebb, Ricoeur, and Deleuze.

Despite this notion's complexity and richness, contemporary discussion on habits tends to reduce them to mindless, automatic, subpersonal, and reactive behaviors that are devoid of the flexibility, conscious control, and purposefulness of intentional actions. Recent work in enactive cognitive science has started to question this portrait of habits and emphasize its relevance for cognition, posing it as a notion that can bridge the biological and psychological domains. However, a great deal of work is still needed to build a consistent theoretical framework that further develops these enactive ideas and integrates them with current interdisciplinary research on habits. This Ph.D. project contributes to this end in several ways.

First, it provides a critical analysis of some of the main theoretical assumptions of contemporary mainstream research on habits, i.e., atomism, mind-body dichotomy, and interior-exterior dichotomy. Secondly, it draws on the work of authors such as Merleau-Ponty and Dewey to challenge these assumptions and underscore the interrelatedness of habits, the kind of intentionality they exhibit, and their ontological significance in the constitution of the self. Third, it offers a critical review of the existing research on habits within the enactive approach, which has recently reassessed some of these philosophical ideas in the light of dynamical and complex systems theories. This project contributes to extending the enactive approach to habits by focusing on two underdeveloped topics:

In developing these ideas, this project uses some relevant notions from ecological psychology, contributing to recent efforts of bringing together both approaches in a radical embodied framework. Finally, the insights developed in this project are applied to the case of the COVID-19 pandemics, in which sustained social distancing measures are challenging the habitual self by disrupting its landscape of affordances. 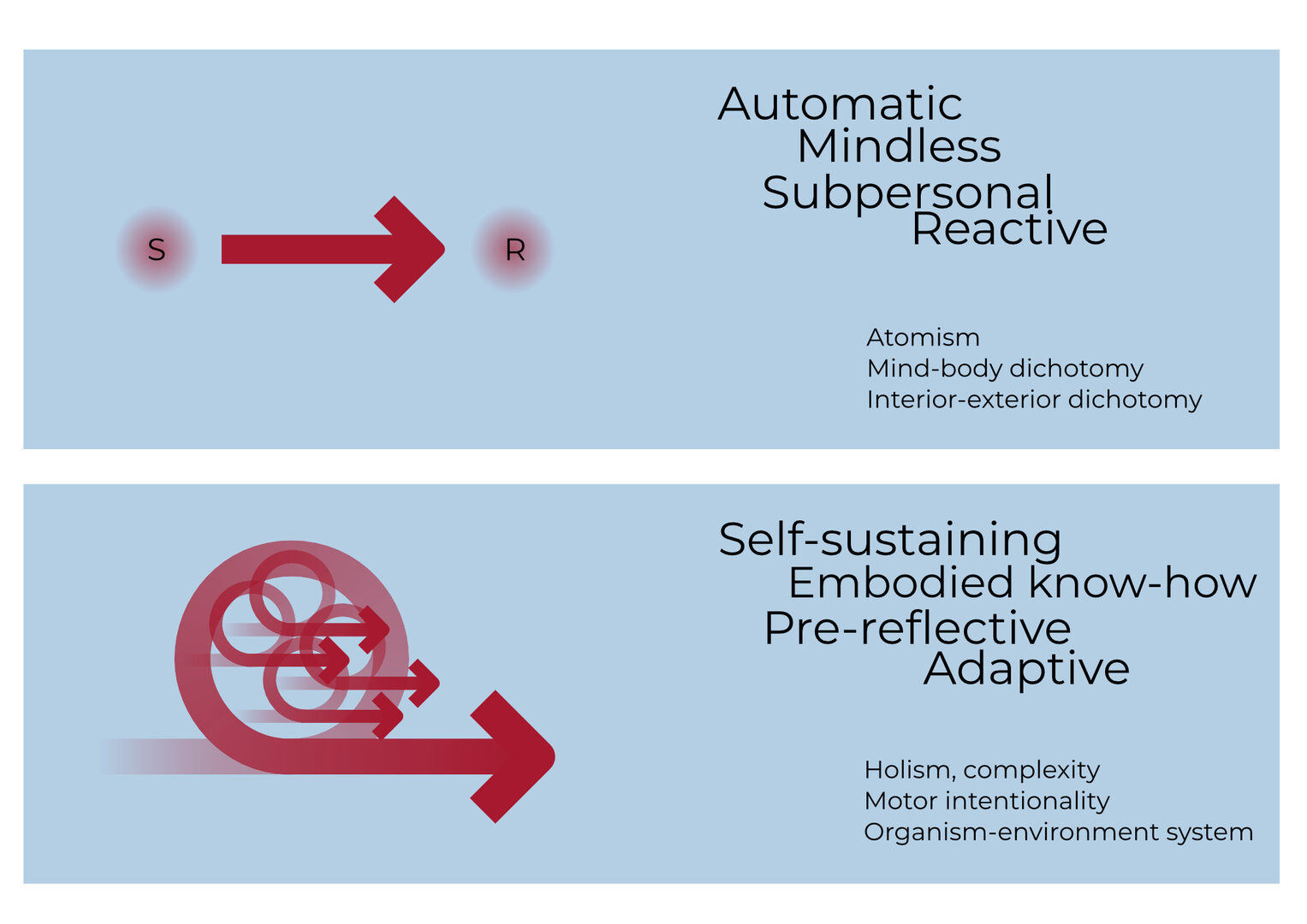