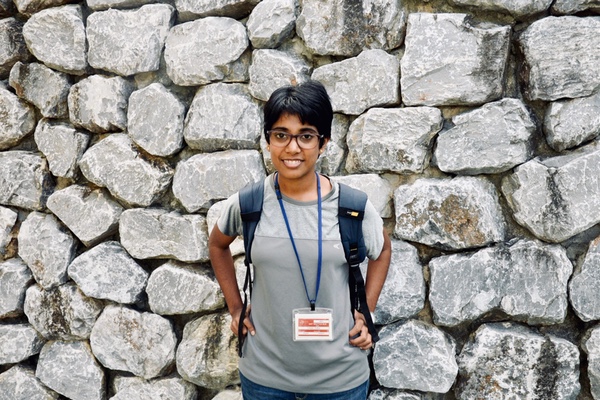 Christin has a BS-MS Dual Degree in Physics. During her rotation in the Embodied Cognitive Science Unit she is investigating the movement trajectories of marine microorganisms from the perspective of random walks and embodied chaotic itinerancy. 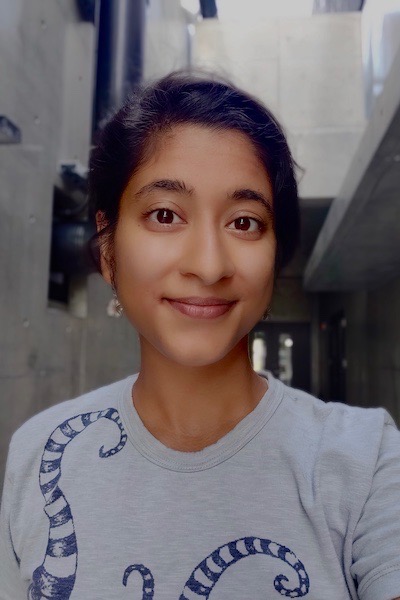 She has a Master's in Wildlife Biology and Bachelor's in Neuroscience. During her rotation she is designing an experiment on observational learning in octopuses. 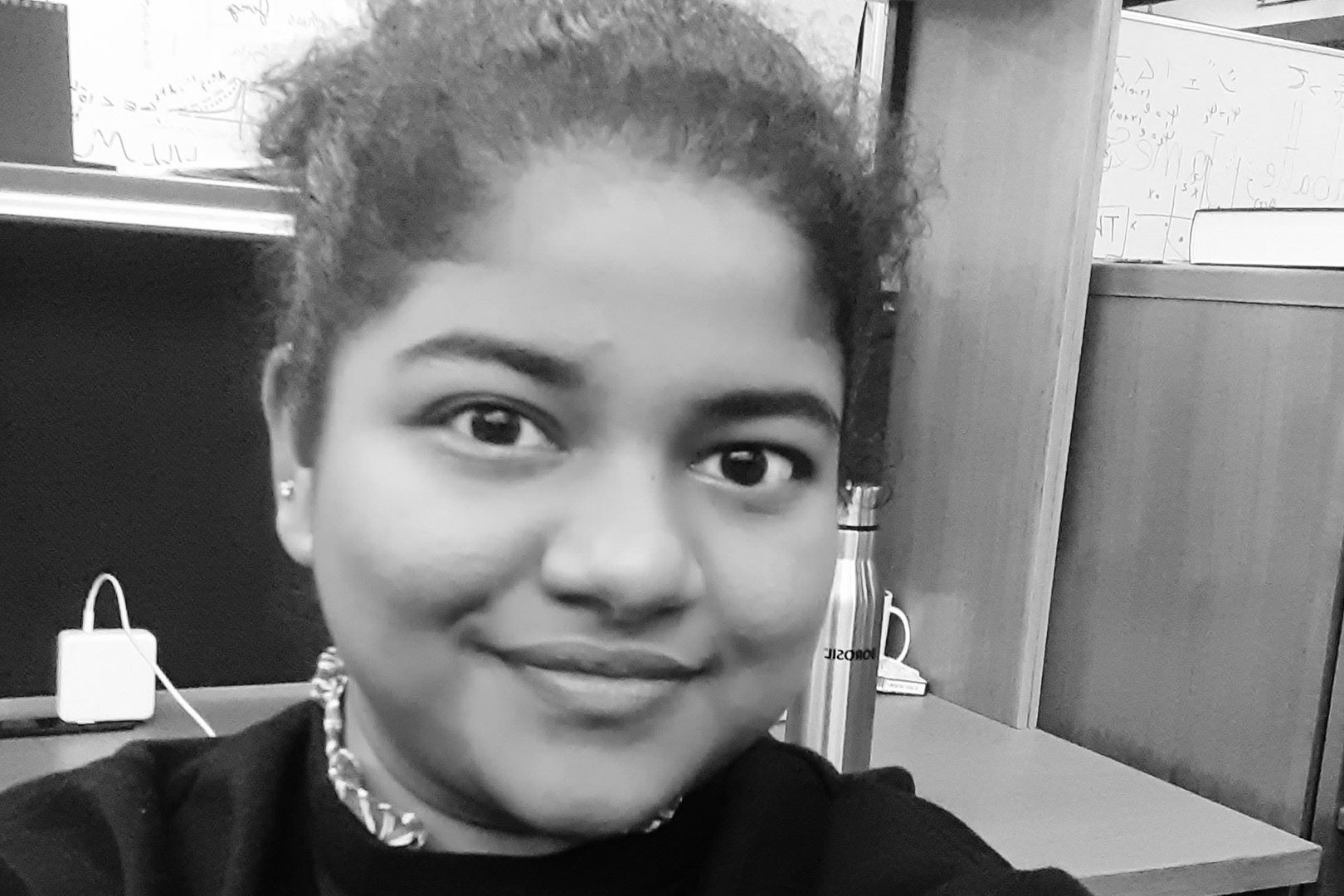 She has a Master's in Physics with a specialization in Quantum Mechanics.  During her rotation she is clarifying the relationship between the latest advances in cognitive science and the role of the observer in quantum measurements. 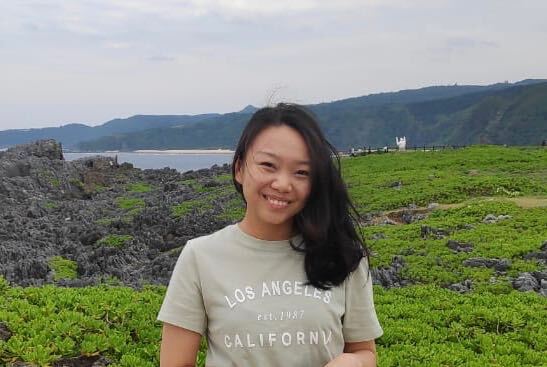 Ana has a BSc in psychology and a MSc in neuroscience. She is helping with the systematic review of active movement in perception and has an interest in sleep dependend learning. 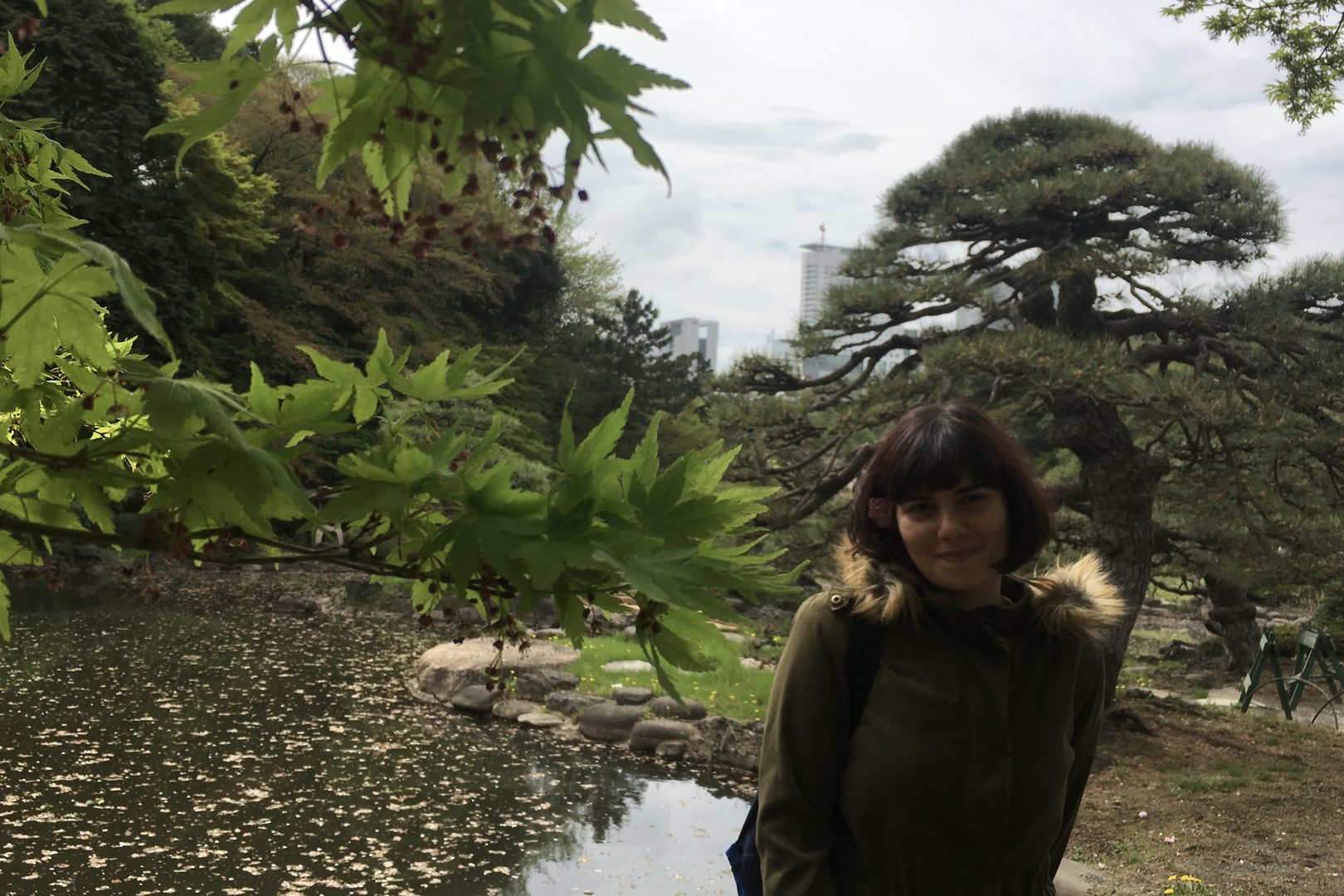 Hend has a Ba in communication science and disorders and a Ms in audiology. She is working in the context of the Kicks-project messuring sensitivity to social contingency in infant-caregiver dyads using eye tracking technology. 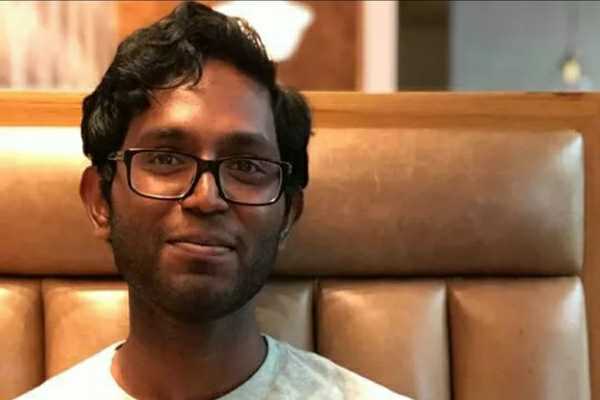 Balashwethan Chockalingam (Bala) has a Bachelor's in Physics and Math from the University of Chicago and is planning to venture into Neuroscience. Currently, in his first rotation, Bala will be exploring the principle of self-adaptation in regards to the laws of physics by working the Ising model. 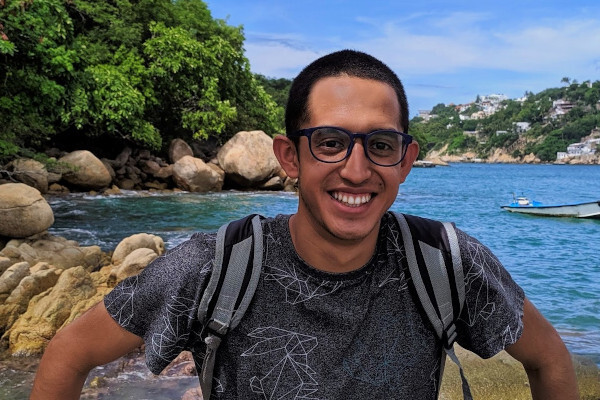 Javier has a BCs in Nanosciences and Nanotechnology. In the past two years, he used mass spectrometry to analyze and discover metabolites from a wide range of microorganisms. For the rotation, he will be helping with the port of an evolutionary algorithm onto JuliaLang 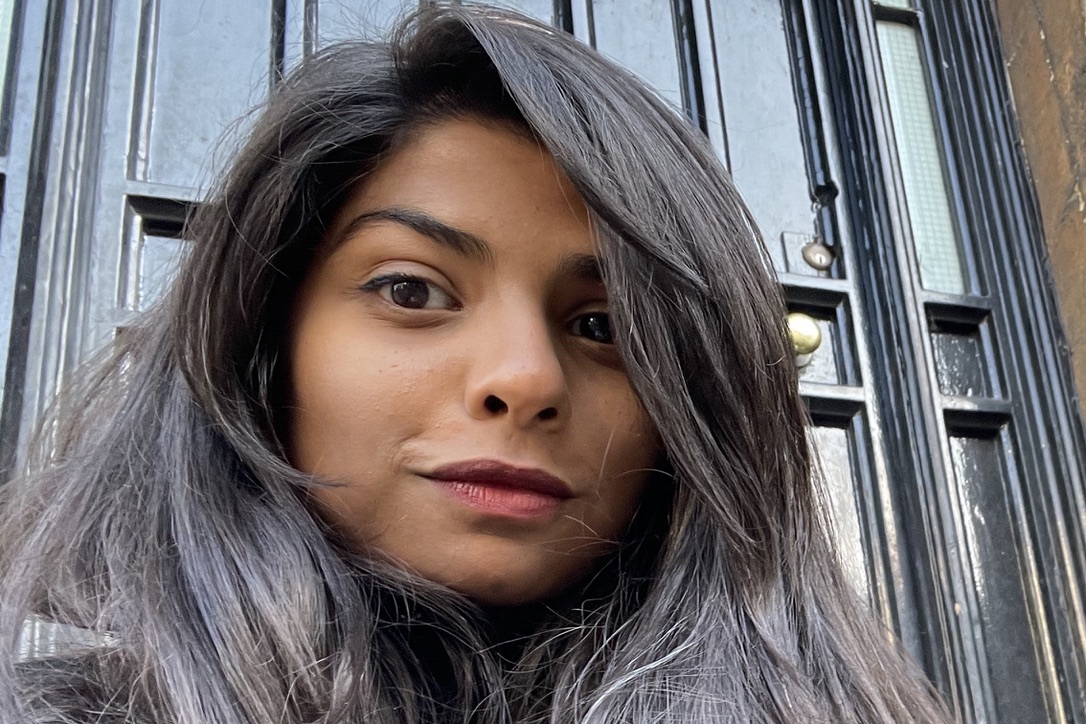 She has a MSc in Cognitive and Evolutionary Anthropology (University of Oxford), MSc in Cognitive Science (Centre for Cognitive and Brain Science, Indian Institute of Technology Gandhinagar), and a B.A Honours in Sociology (Presidency University, Calcutta). In the unit, she works on dual Eye-tracking to investigate the idiosyncracies of mutual gaze in face to face interaction. 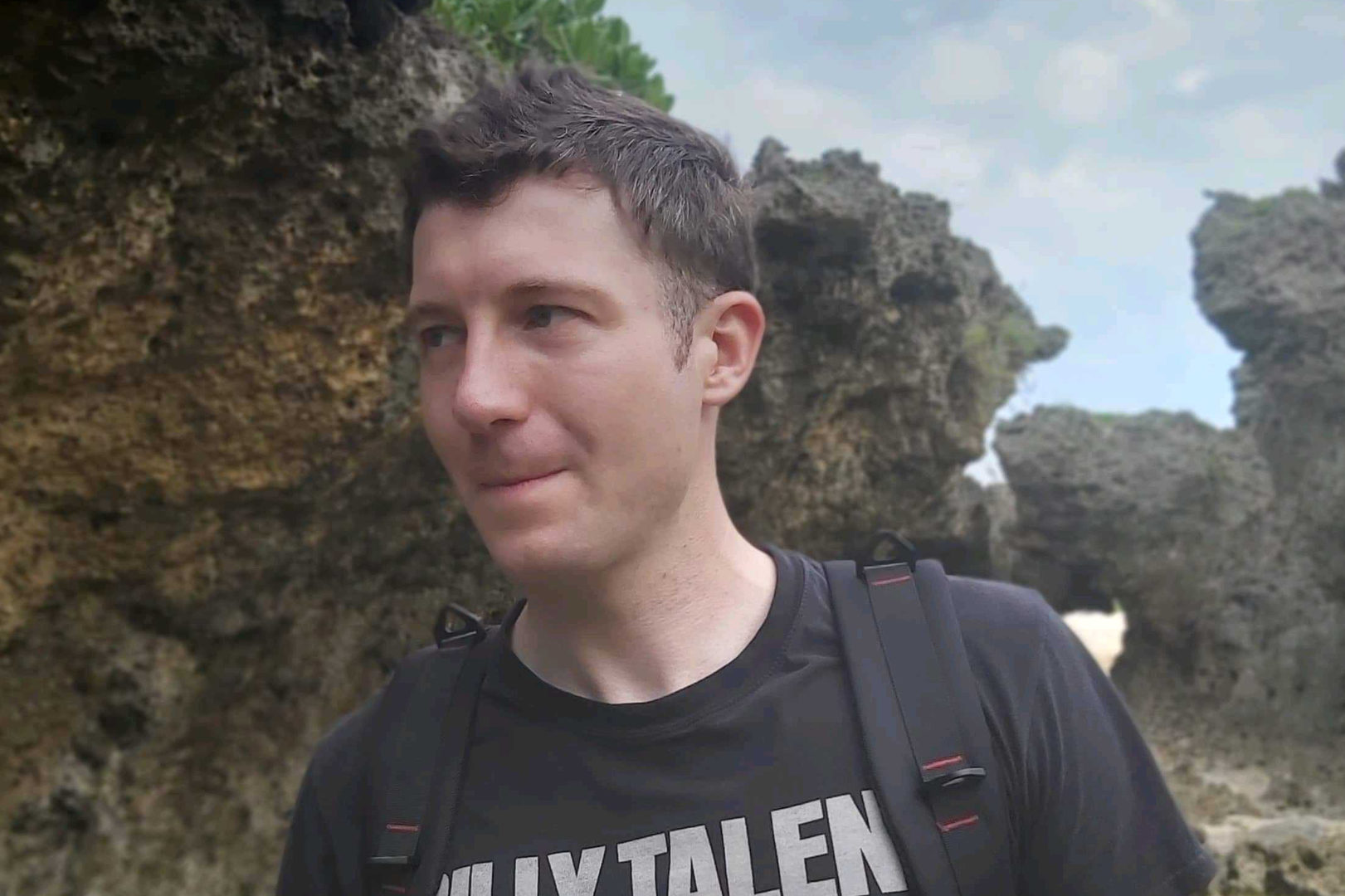 David has a BSc and MSc in biophysics. He is analyzing human movement time series in the context of social interaction and exploring how to extend those methods into mice models. 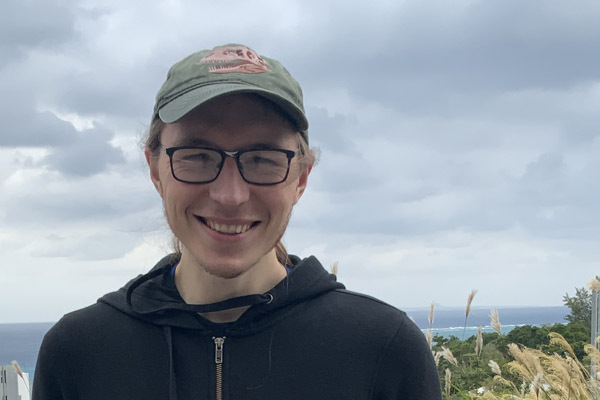 He earned his BSc in Mathematics from the University of Chicago. During his rotation in this unit, he will be doing mathematical analysis and computational modeling of the behavioral evolution of the nematode C. elegans. 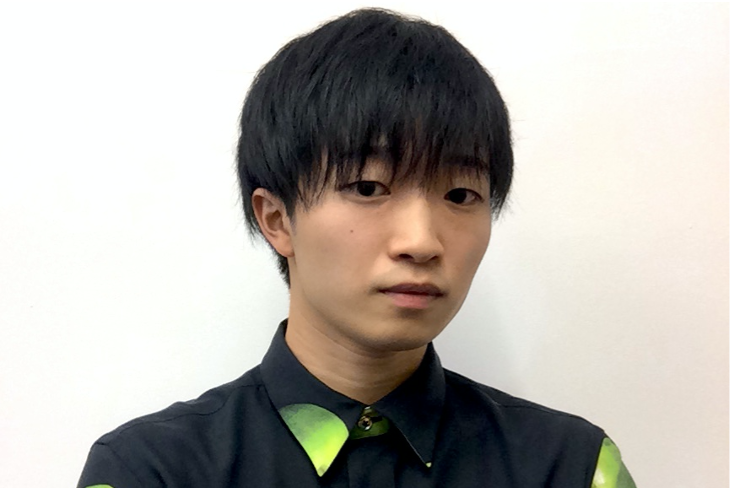 He has a Bachelor's in Engineering (Material Science). Currently, he is studying the relationship between brain size and social capabilities during his time in this unit. 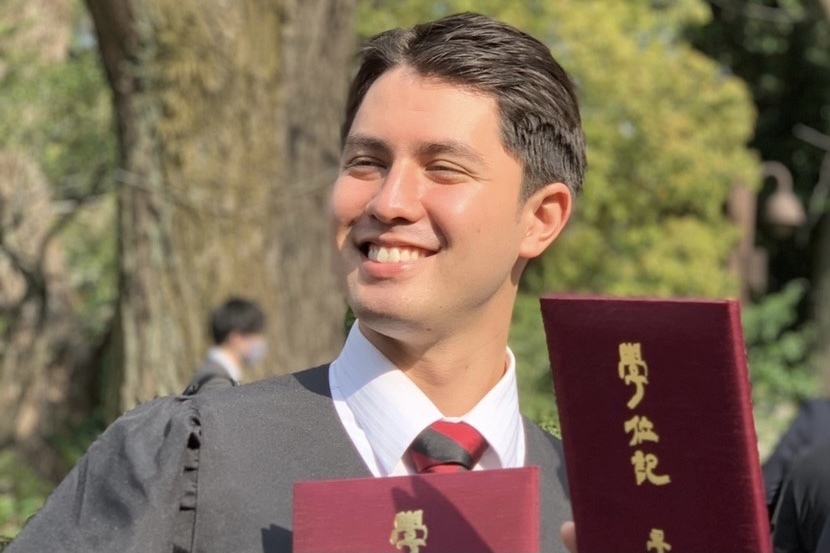 Sutashu has a B.Eng with a background in statistical analysis of information learning systems. He is interested in ways to understand consciousness by mapping out the mind using mathematical models. During this rotation, he will be working on the Thought Reading with Meta-transitions Project. 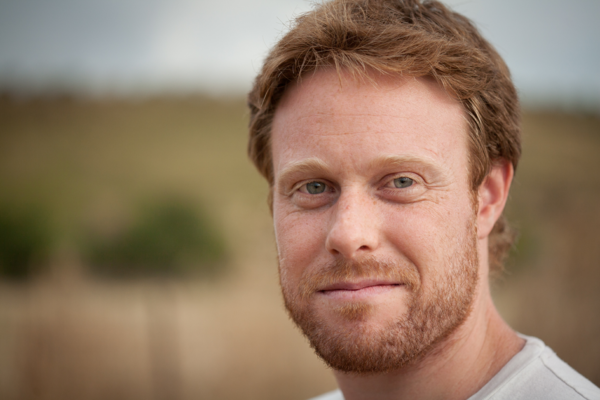 Manuel is a postdoc researcher interested in the philosophical aspects of 4E cognition, such as the relation between enaction and ecological psychology, epistemic aspects of affordances and ecological information, agency, habits, social normativity, and the evolution of cognition. 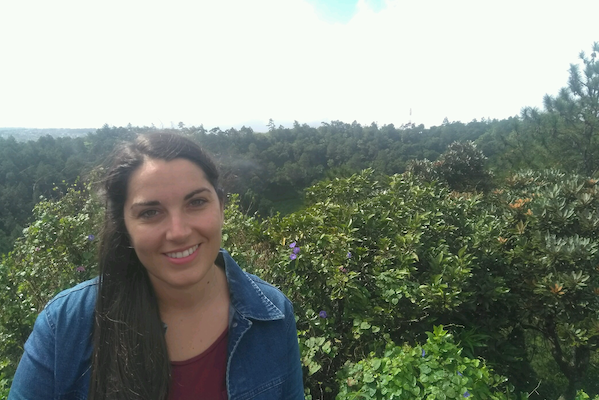 Lorena has a Ph.D. in Psychology and a M.Sc. in Biophysics. Lorena is interested in sensory substitution, ecological psychology, and perceptual learning. She will be working on psychological studies on the role of intentions and agency in perceptual experience. 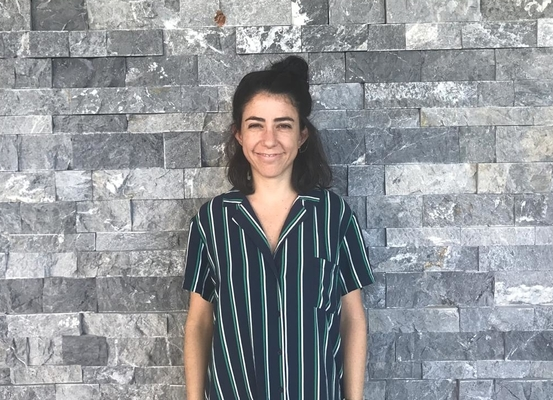 Caro is visiting the unit to complete her Master's degree in Philosophy of Science, for which she is writing a dissertation on the cognitive science of body memory. She is particularly interested in developing the concept of a nutritional body memory. 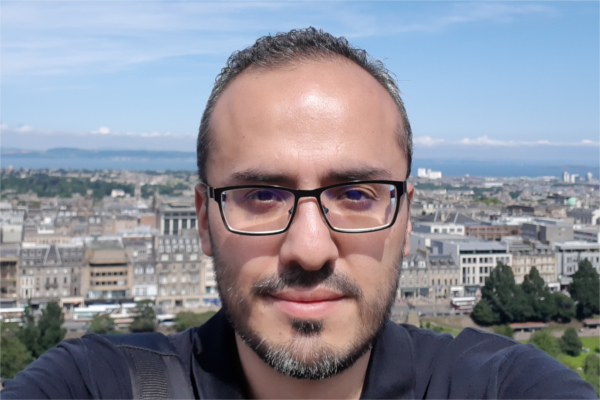 Alejandro is visiting the unit to complete his Master's degree in Computer Science and Engineering, for which he is writing a dissertation on self-optimization in complex social and neural networks. He is particularly interested in modeling this process in terms of the connectome of the nematode worm (C. elegans). 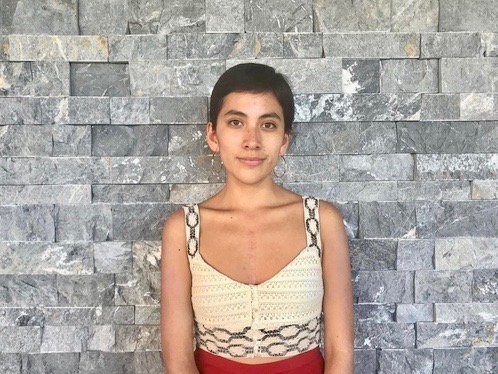 Itzel is visiting the unit to complete her Bachelor's degree in Psychology, for which she is writing a dissertation on the exploratory behavior of children with autism. She is particularly interested in advancing our understanding of autism from the perspective of embodied cognition and enactive cognitive science. 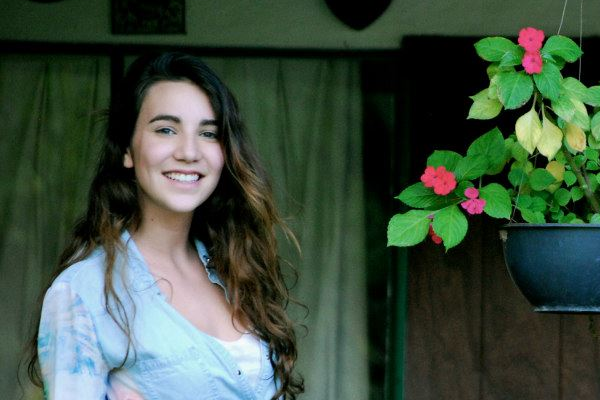 Ana Lucía is visiting the unit to complete her Bachelor's degree in Psychology, for which she is writing a dissertation on the similarities between large-scale intra- and inter-brain neural synchrony. She is particularly interested in exploring the implications of these similarities for the science of consciousness. 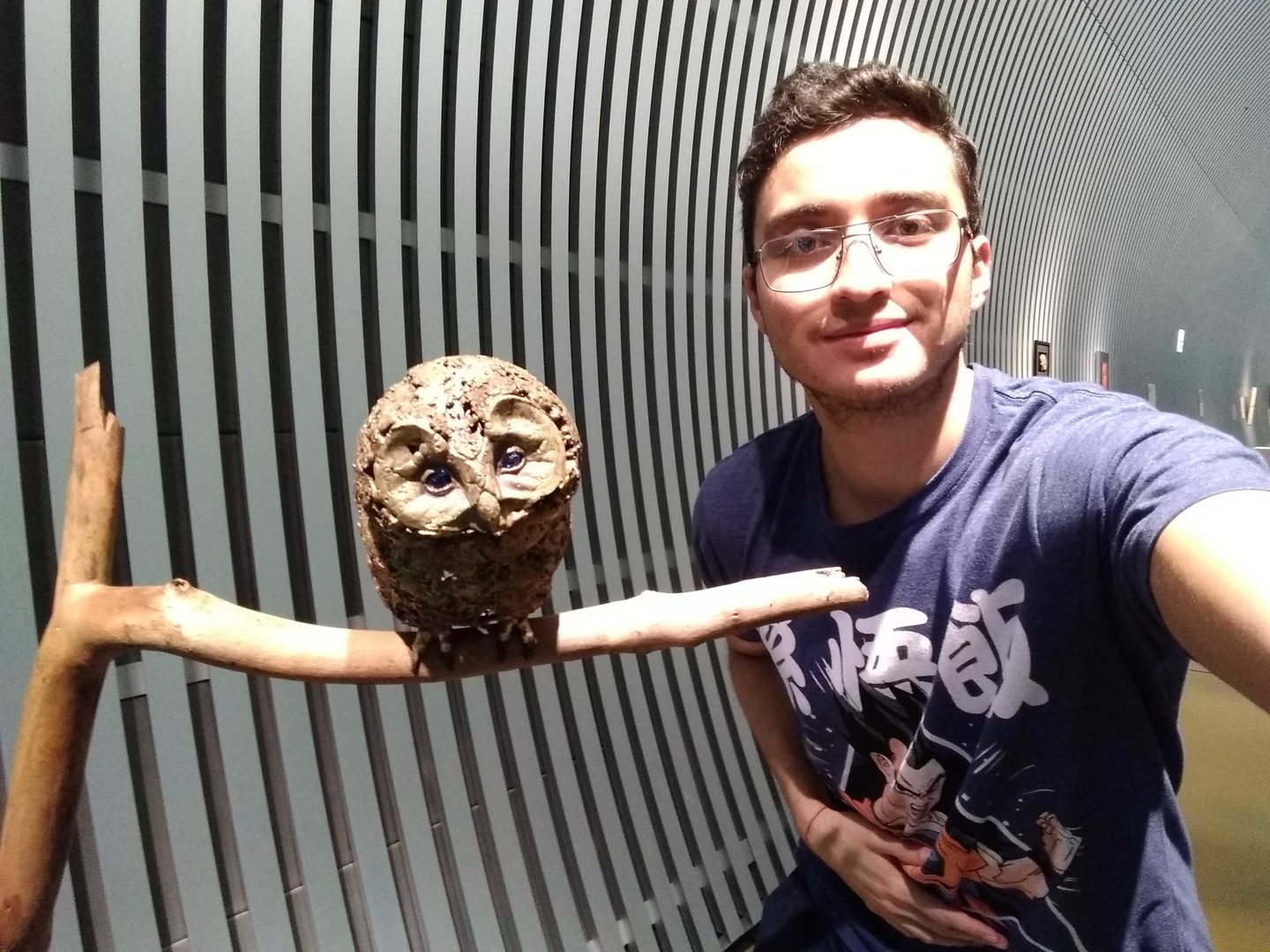 He has a Bachelor's in Computer Systems Engineering. He is currently enrolled in UNAM's postgraduate program of computer science and engineering. His Master's thesis investigates the effects of unsupervised learning in complex networks. 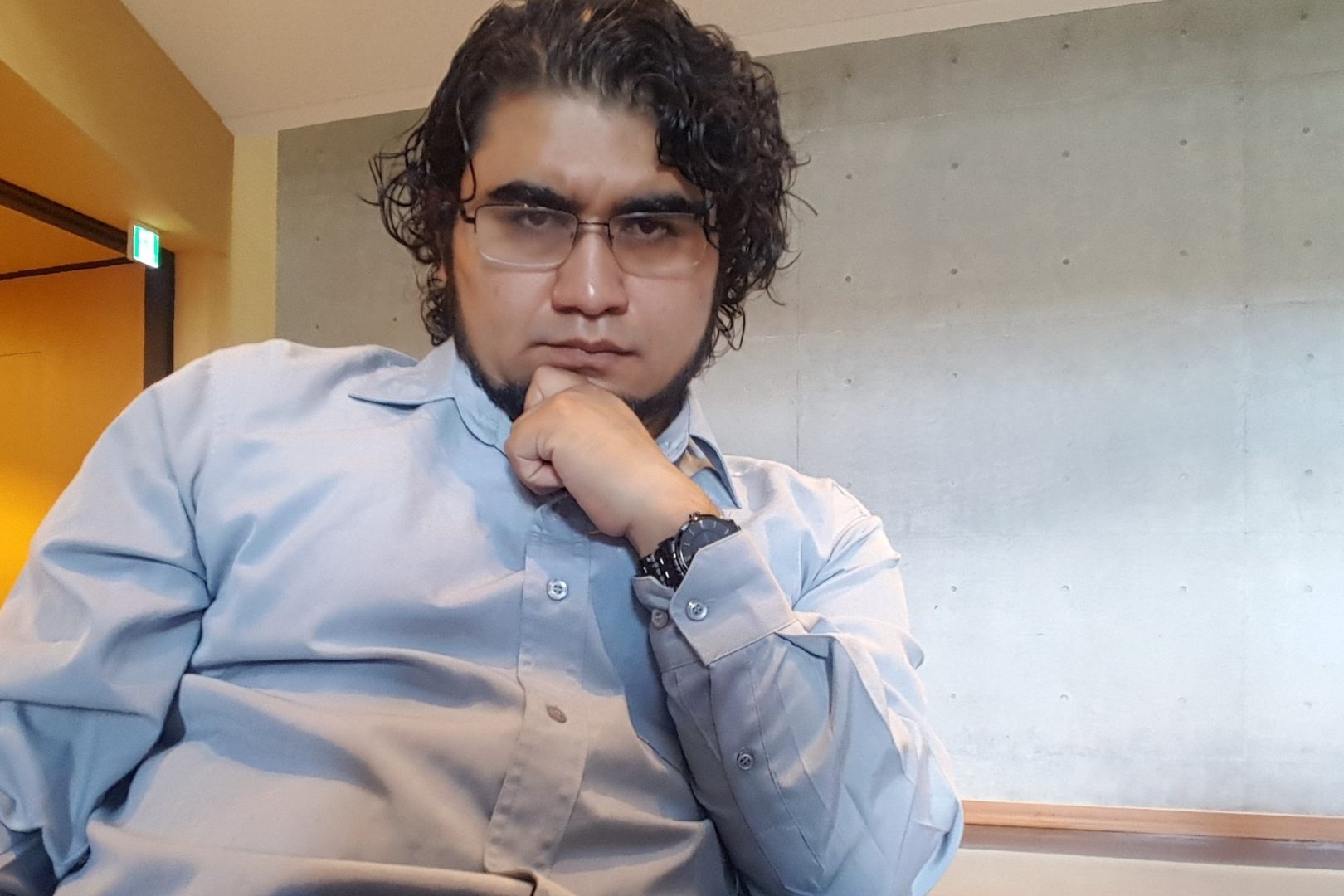 He has a Master's in Computer Science and Engineering. He is currently enrolled as a doctoral student in UNAM's postgraduate program of the same name. His doctoral thesis explores different models of artificial referential communication. 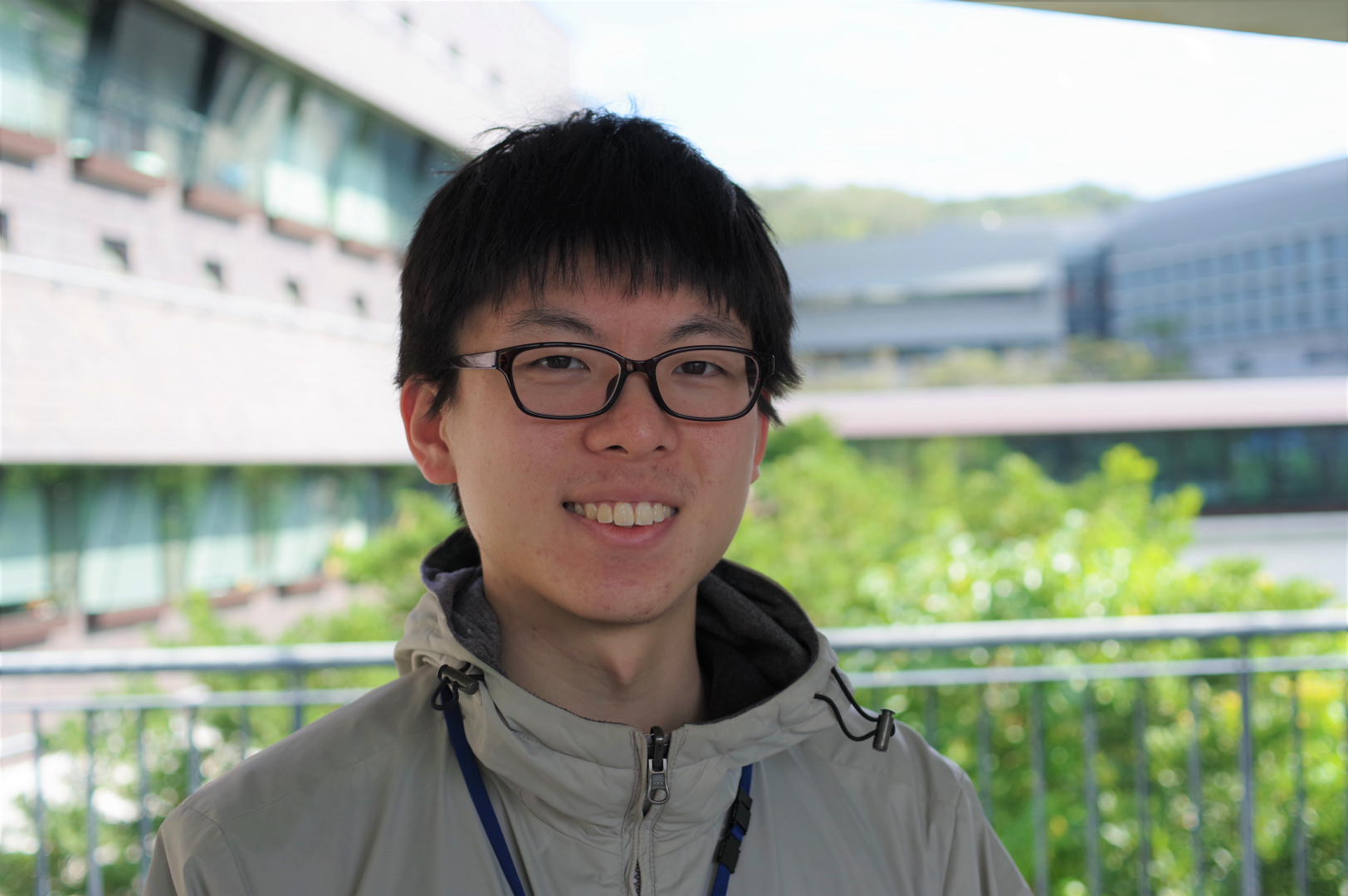 Yo NAKAHARA, Bachelor's student of Keio University School of Medicine
Email:yo.nakahara at oist.jp

He is currently enrolled in Keio University's undergraduate program of medicine. He is interested in learning more about the brain and neuropathology from an embodied cognitive science perspective. 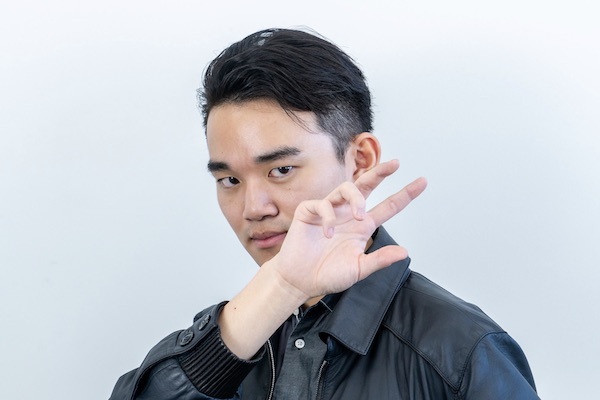 Kazuma has a BSc in computer science and studies about Human-Computer Interaction in the Frontier Media Science Program at Meiji University as master's student. He is interested in understanding human interaction regarding Agency and Ownership and expanding perception. 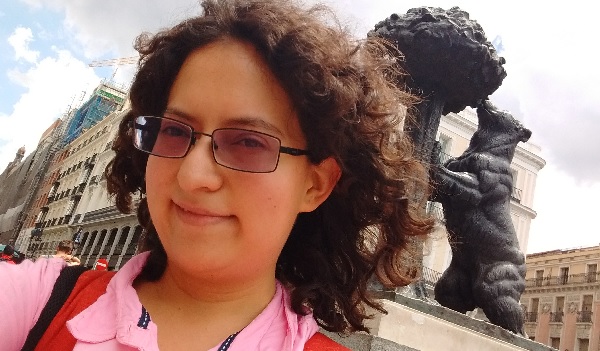 She has a Bachelor's in Telecommunications, Systems and Electronics Engineering. She is currently enrolled in UNAM's postgraduate program of computer science and engineering. Her Master's thesis investigates social interaction in ant colonies using computational models. 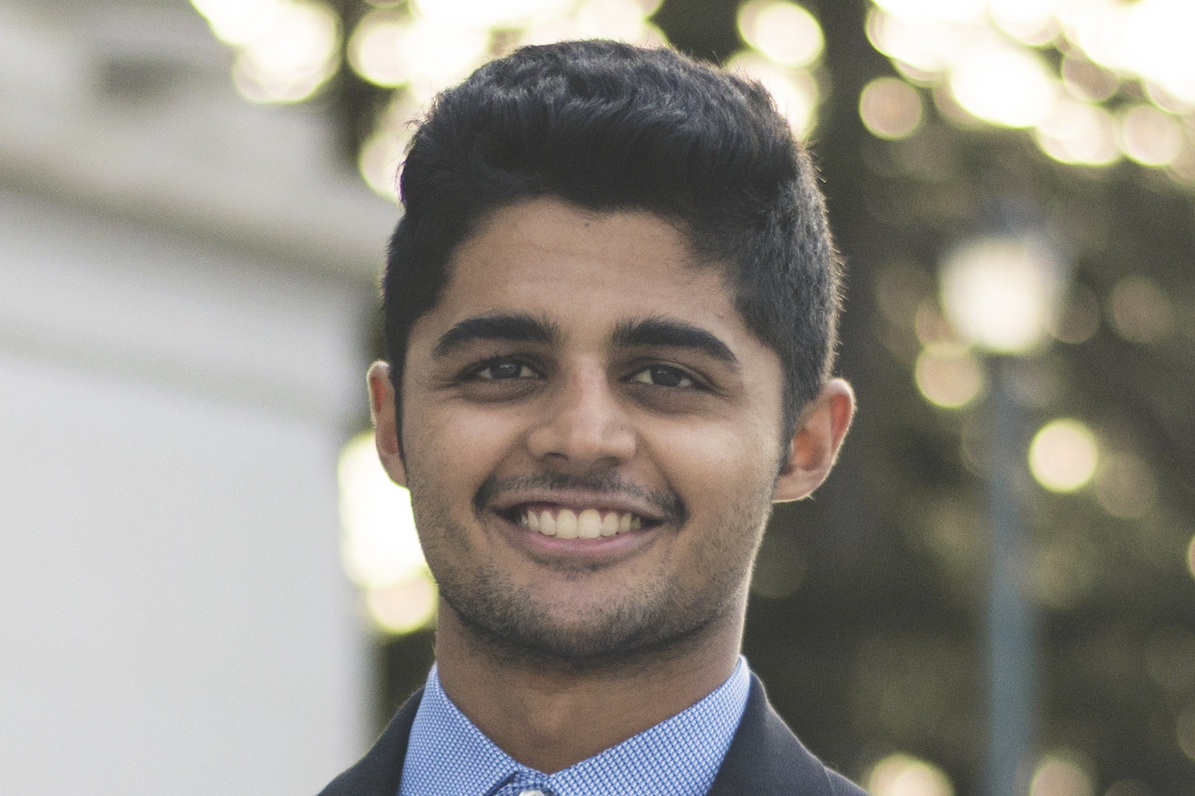 Akash is a senior undergraduate majoring in Cognitive Science at UC Berkeley. He is fascinated by metaphor and is interested in applying it to the study of psychedelics and meditation to decipher the nature of self-consciousness. In the unit, he will be working with Jamila on the COVID-19 project and with Susana on her thesis exploring the relationship between habits and the self. 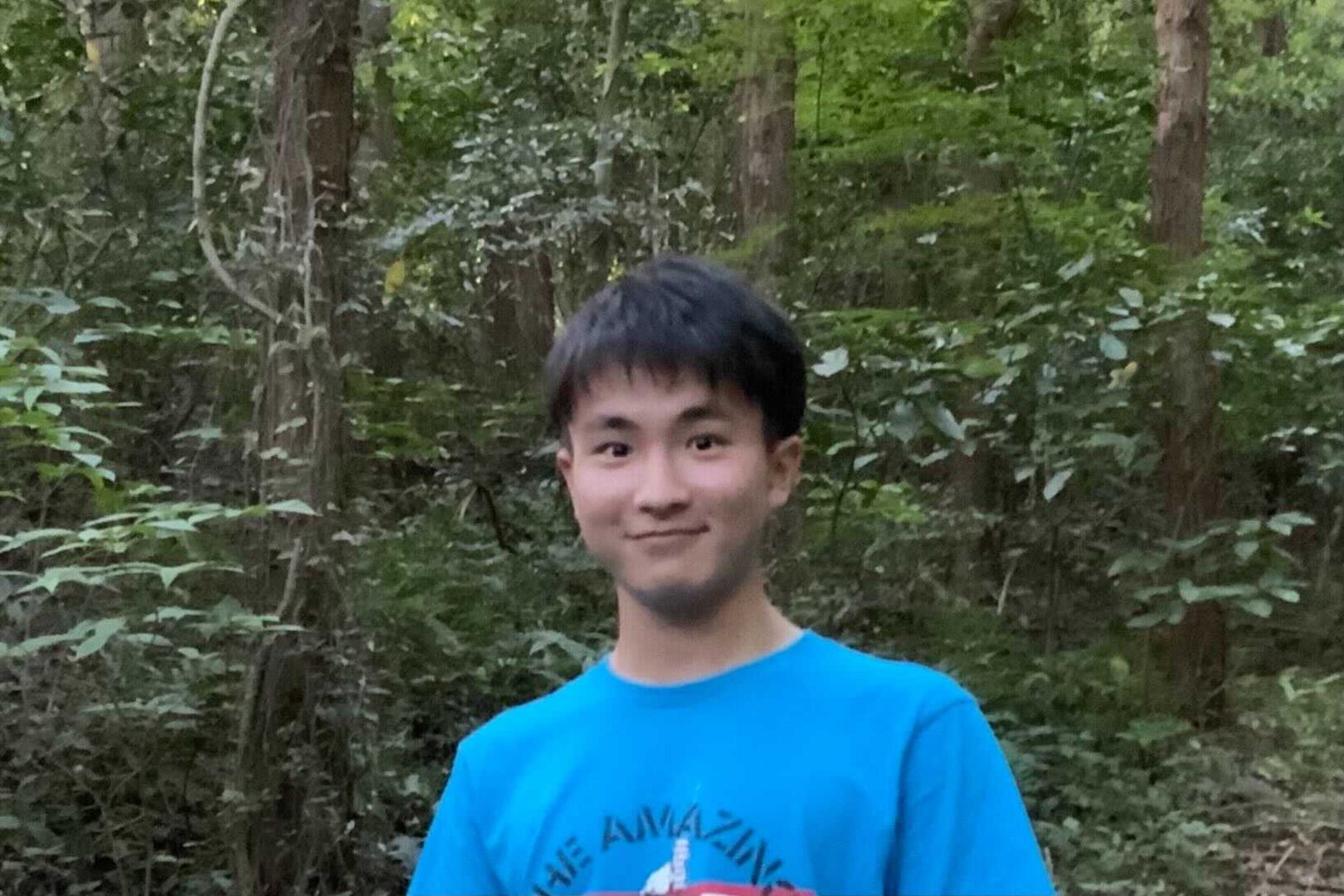 Takahiro is currently a third-year undergraduate student majoring in medicine. His interest is the scientific research of consciousness, especially in the theoretical approach. In the unit, he is investigating theoretical explanations of inter-brain synchronization and its consciousness state under social interaction experiments. 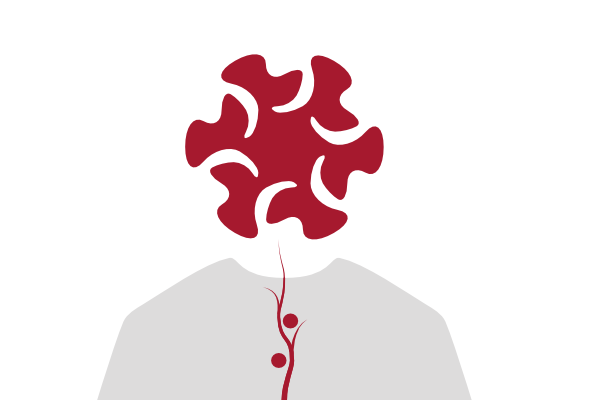 Cortney is in her last year of undergraduate studies at Arizona State University majoring in Biology with an emphasis in Medicine. She is interested in learning more about how people interact on a cognitive level and how it can apply to the science side of medicine. 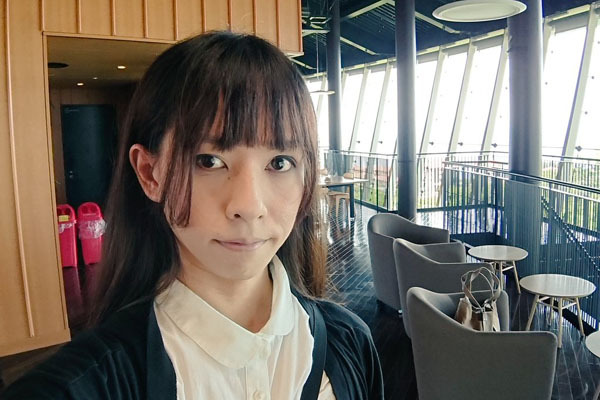 Hideyuki has a Bachelor's and a Master's degree in Engineering. Currently a gap program student, in this unit Hideyuki will be programming the LEGO Mindstorms robot to perform needed tasks.