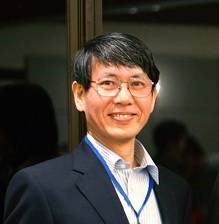 Our aim is to understand the regulatory mechanism of neurotransmitter release at the mammalian CNS synapse. Despite a wealth of information accumulating for postsynaptic regulatory mechanisms, much less is known for the presynaptic mechanism, because of small structure of nerve terminals preventing direct electrophysiological approaches. The calyx of Held is a fast glutamatergic relay synapse in the brainstem auditory pathway involved in sound localization. Because of its large structure, patch-clamp techniques can be applied to record electrical events, simultaneously from presynaptic terminal and postsynaptic target cell, under visual control in rodent brainstem slices. At this giant synapse, various compounds can be applied directly into the nerve terminal, and real-time imaging during synaptic transmission can be studied, in rodents at different developmental stages, and in transgenic or knockout mice. At this synapse, we will address fundamental questions on regulatory mechanisms of synaptic transmission.

In the CNS, to accomplish a variety of brain functions, functional neuronal circuits are dynamically switched on and off for various lengths of duration, by changing the strength of chemical synaptic transmission. In this respect, clarification of the regulatory mechanism of synaptic strength is of fundamental importance for understanding the brain mechanism. Toward this goal, we are asking the calyx of Held how it uses its molecular parts for regulating transmitter release.