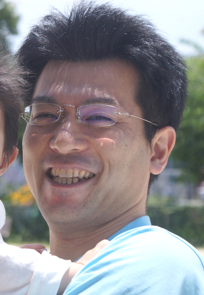 Tomomi Kiyomitsu earned his BAg at Kyoto University, Japan. He then obtained his PhD at Kyoto University (supervised by Prof. Mitsuhiro Yanagida) in 2008. He continued his PhD studies of chromosome segregation as a postdoctoral fellow in Yanagida’s laboratory until 2010. From 2010-2013, Tomomi started his spindle positioning study as an HFSP long-term fellow in Prof. Iain M. Cheeseman’s laboratory at the Whitehead Institute, MIT, USA. He then moved back to Nagoya University, Japan (to Prof. Gohta Goshima’s laboratory) in 2013 and continued his postdoc work as an assistant professor and a JST PRESTO researcher. He was promoted to lecturer at Nagoya University in 2019 and then started his own unit at OIST in April 2020.